A Call from Hizb ut Tahrir Wilayah of Sudan To those Frequenting the Masajid; the Houses of Allah on the Earth 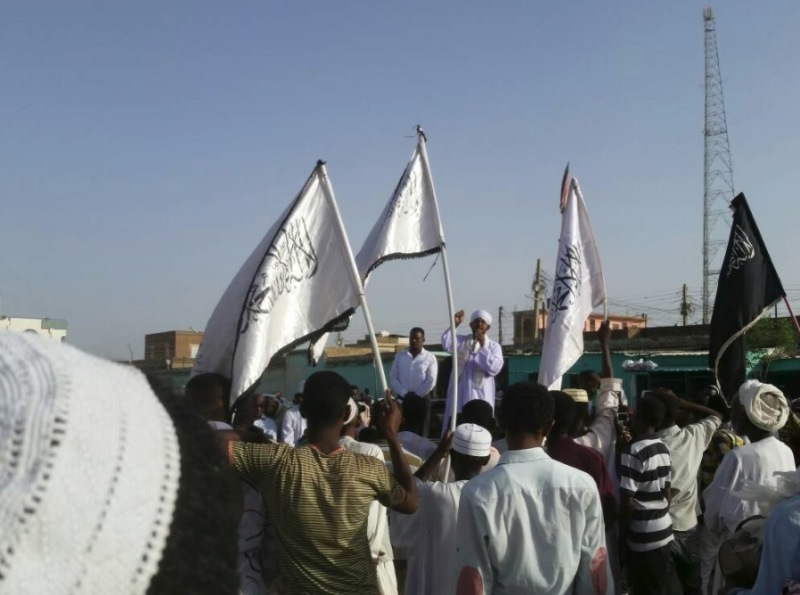 “The mosques of Allah are only to be maintained by those who believe in Allah and the Last Day and establish prayer and give zakah and do not fear except Allah, for it is expected that those will be of the [rightly] guided.” [At-Tawba: 8]

“When you see a man frequenting the Masjid, then testify to his faith.” (Ahmad)

O honourable gathering, frequenting the Masajid, the houses of Allah on the Earth

O you whom Allah has testified of your Iman, know that Allah (swt), as He commanded you to pray, and you responded the call, He commanded you to rule by the righteous Shariah, which His noble Prophet ﷺ have established its foundations. And the rightly guided Khulafa (caliphs) and those after him followed, until the demolition of the Islamic state by the Kafir colonialists, and divided the Muslim countries, and removed Islam from the rule and politics. The regimes of the Muslim countries became distorted and deformed by the Western Kufr life, so injustice and corruption spread, and the situation of people became tougher, and they went out demanding justice and decent living.

O you who have believed: In the midst of this movement by our people in this country, as the frequenters of the masajid, whom Allah have testified to us by our Iman, we must have a word, and have a clear position on the basis of Islam, not any other basis. We confirm the vitality of this Ummah that does not accept injustice and corruption through peaceful means. We approve of this endeavor. However, we must give the correct directions to the rebelling youth who reject injustice; that they should demand the implementation of Islam.  It is the only way that liberates the Ummah from oppression and injustice, and it must be clear to all of us, that the state which implements Islam is the Khilafah (Caliphate) and nothing else. is not, this is what our beloved ﷺ said:

“The prophets ruled over the children of Israel. Whenever a prophet died another succeeded him, but there will be no prophet after me. There will be khulafaa’ and they will number many. They (companions) asked, “What then do you order us?” He said, “Fulfil the bay’ah (oath of allegiance) to them one after the other and give them their due right. Indeed Allah will ask them about what He entrusted them with.” (Muslim, 1842)

The voices that have risen, supported and directed by a media machine, demanding change not on the basis of Islam; on the basis of secularism; the separation of religion from life. In contradiction to Allah’s saying:

“Indeed, my prayer, my rites of sacrifice, my living and my dying are for Allah, Lord of the worlds” [Al-An’am: 162]

And democracy; that is, human legislation, contrary to Allah’s saying:

“You worship not besides Him except [mere] names you have named them, you and your fathers, for which Allah has sent down no authority. Legislation is not but for Allah. He has commanded that you worship not except Him. That is the correct religion, but most of the people do not know.” [Yusuf: 40]

“And judge, [O Muhammad], between them by what Allah has revealed and do not follow their inclinations and beware of them, lest they tempt you away from some of what Allah has revealed to you. And if they turn away – then know that Allah only intends to afflict them with some of their [own] sins. And indeed, many among the people are defiantly disobedient” [Al-Ma’ida: 49]

And the equality of women and men, and other concepts from the Western life, these discordant sounds are rejected due to the saying of the Prophetﷺ:

“He who innovates something in this matter of ours (i.e., Islam) that is not of it will have it rejected (by Allah).” (Bukhari & Muslim)

To implement this is instilling the current invalid situations.

The change must be based on the doctrine of Islam, a real change that lifts injustice and restores the compass of life to satisfy the Lord of the Worlds and to achieve the safe and reassuring life for all people by implementing the Islamic law under the rule of the Khilafah state (Caliphate). Which is inevitable, by the bay’ah of the people of Ahl Al Hal Wal A’qd (leaders of the Ummah) to a man, the Khalifah of the Muslims, on behalf of the Ummah who has the authority, and the following is achieved:

First: the realization of the meaning of being a slave to Allah alone, and to please the Lord of the Worlds, by implementing His law, and establish His rule on the land, in response to His (swt) command

“But no, by your Lord, they will not [truly] believe until they make you, [O Muhammad], judge concerning that over which they dispute among themselves and then find within themselves no discomfort from what you have judged and submit in [full, willing] submission” [An-Nisa: 65]

Then Allah’s legislation, the foundation of a decent life, will replace the human’s legislation that brought us the hardship of living.

Third: removing the shackles of taxes of the Kafir colonialist from the money of the people, that is practiced by the rulers of the Muslims who inherited the ruling from it. In the state there are no customs imposed on the goods of the merchants, living in the state, and no indirect taxes on goods and services, and no court fees or levies on looking after the affairs at all. Because all this is unjust and is forbidden to take, all of it is the cause of high prices, poverty and unemployment.

Fourth, the Khilafah will cut off the hands of the Kafir West, and the authority of all it institutions, especially the interest based ones, such as the International Monetary Fund, the World Bank, and others.

“…and never will Allah give the disbelievers over the believers a way [to overcome them]” [An-Nisa: 141]

Fifth: Accountability of all the oppressors, and those who spread corruption in the land, according to the rules of Islam, and return any money taken unlawfully to Bait ul Mal of the Muslims.

Sixth: To manage the wealth of the country for the benefit of its people, and to enable the people of agriculture, industry and trade, without taking any money from them, unless imposed by the fixed rules of Shariah, but the state will help them, releasing the Ummah’s energies, and achieve food security, and floods its good to the world.

Seven: Satisfying the basic needs of food, clothing and housing for each member of the state, and provides security, medicine and education, free of charge to all citizens.

The Khilafah takes care of the affairs of the people according to the rules of Islam, and it achieves justice, tranquility, so we return as the best Ummah brought out to mankind.

Hizb ut Tahrir, the leader who does not lie to his people, has been with you and amongst you, calling for the resumption of Islamic way of life, by establishing the second Khilafah Rashida (guided Caliphate) on the method of Prophethood, and it did not raise these as slogans but a deep understanding of the rules of Islam and its systems in various areas of life, political, economics, social, and others. The party has developed a draft constitution for the Khilafah, derived from the revelation through correct Ijtihad.

O you who have believed: raise your voices high, to demand the implementation of the systems of Islam, and its Shariah, and be at the forefront of the workers for real change, to remove your sins, and hope in a good life, full of obedience, pride and carrying good to the worlds. This is achieved by breaking away from the oppressive rule, and entering the rule of Islam; the Khilafah Rashida on the method of the Prophethood.

O people of power and protection; from those frequenting the masajid, the houses of Allah on the earth: your duty, which erases the sin off your necks, is not just raising the voice, and demanding the implementation of Islam, or to learn Islam and teach it, but the duty is to support Allah’s Deen and law, by establishing the second Khilafah Rashida on the method of Prophethood, and enable the faithful to implement the systems of Islam, so that you win the title of supporters (Ansar), and their great reward, those whom Allah (swt) praised by saying:

“And the first forerunners [in the faith] among the Muhajireen and the Ansar and those who followed them with good conduct – Allah is pleased with them and they are pleased with Him, and He has prepared for them gardens beneath which rivers flow, wherein they will abide forever. That is the great attainment” [At-Tawba: 100]

You will be eternally marked in the pages of History written with light (of guidance) and be blessed with honour, dignity and closeness to Allah.

“For the like of this let the workers [on earth] work”