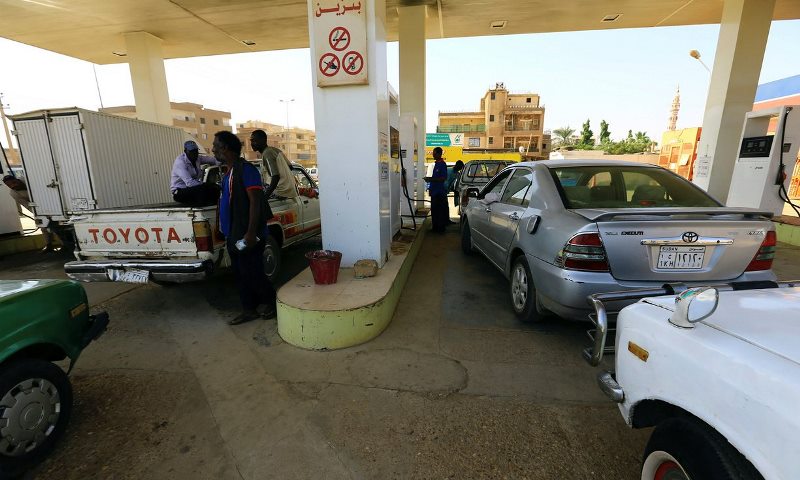 The fuel crises in Sudan has prospered since last week which has impacted the public transport and personal cars in the capital and other cities. Hundreds of cars queued outside the fuel stations which led to the obstruction of traffic, thereby, increasing the misery and suffering of people. People are carried from one misery to another – lying continues, no care is taken and people are treated unjustly!!

Knowing that Sudan produces 90% of its need of fuel for light cars (benzene) and only imports what equalizes 10% of it, while it imports 100% of it needs for diesel (gasoline) and it imports a large amount of cooking gas for its need. (Sudan Jeem Electronics)

The fuel crises and other crises are amongst the injustice and miserable state our people in Sudan are suffering under; the above is a result of the following:

Our People in Sudan:

The disease has been unfolded to you – it is the fact that Allah’s sharia is not implemented in the ruling, the economy and in the management of the country’s affairs. What is worse is the commitment of the government to the unbelieving West. The newspaper, Al-Tayyar, wrote the following on Wednesday 28/03/2018, the Deputy Chairman of the Change Bloc in Parliament said: “The permanent constitution which was addressed by the outputs of the National Talk will come free from the religious background whether Islamic or otherwise”. Furthermore, it has been explained that the medicine for this disease is the establishment of the Deen and following the divine laws by establishing a Khilafah Rashida State, then the method of the work becomes as clear as day and the destination becomes concrete. Therefore, your duty is to revive the Islamic aqida by working in a continuous way and a full awareness and a true sacrifice for the resumption of the Islamic life by establishing the Khilafah Rashidah (rightly-guided Caliphate) on the method of the Prophethood which is the establishment for the Deen, consolidation and glory.

Press Release: Egyptian Regime on the Way of the Jordanian…