O Revolutionaries Standing Before the General Command of the Armed Forces! Beware of the Triangle of Aborting the Revolutions 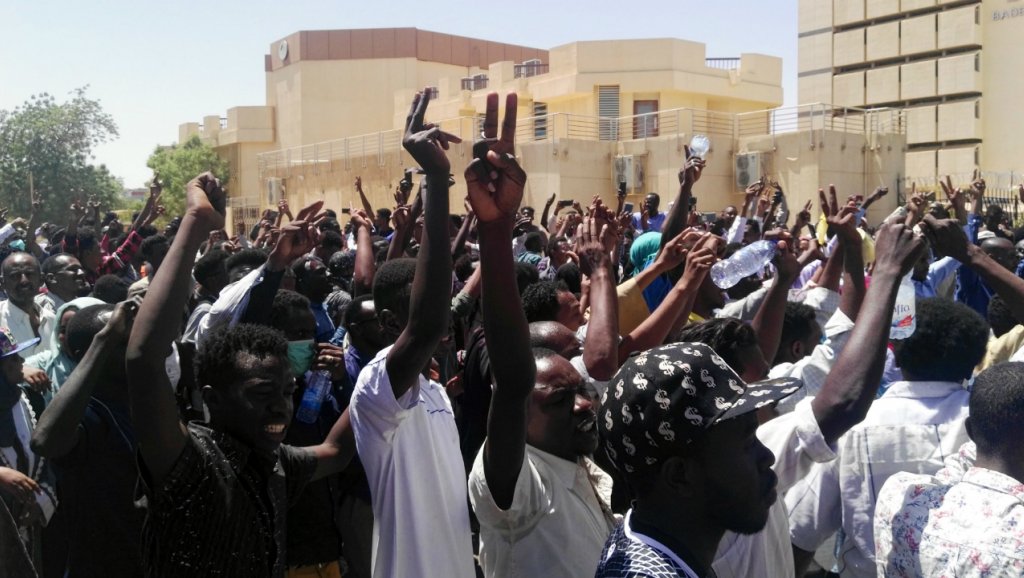 In a scene that expresses the vitality of this Ummah; the best nation that has been brought out to mankind, the crowds of youth that are revolting against oppression, who broke the barrier of fear from the human devils, the rulers, were able to penetrate all the defenses and security barriers and reached the gates of the General Command of the Armed Forces in a majestic procession, that is rarely seen. These crowds gathered around the headquarters demanding the departure of the regime of injustice, poverty and oppression. Thus, the regime was placed in front of the truth: the inevitability of departure. But will the regime, constitution, legislation, and laws depart, and get uprooted from its roots and basis as man-made systems that have brought us decades of misery, or will only the regime’s executive crew, the president and his clique depart, and leave the cabin of leadership to others to drive the same man-made system trailer? Meaning the continuation of misery, poverty and frustration, that is, the reproduction of the old regime itself with new faces?!

We in Hizb ut Tahrir / Wilayah of Sudan out of concern for the protection of the blessed revolution of our people and for it to achieve its goal of true change, we warn against the triangle to abort of revolution, which is the siding of the army leadership with the people, which is loyal to the old regime, then forming a transitional government, that proceeds with the old regime, then holding democratic elections, instilling human legislation; man-made system, the very system that has brought us misery, so we warn against falling into this abysmal triangle.

O Blessed Revolutionaries with the permission of Allah:

The real change, to save the efforts of the blessed revolution, and the blood of our martyrs is not wasted, is by a group from army loyal to the doctrine of Islam, and not to the old regime, this sincere group represents the people of Al-Hal wa Al-Aqd  (the influential and prominent persons) restores to the Ummah its usurped authority. They will conduct the Bay’ah of the Muslim’s Khalifah (Caliph), who will implement the Islamic law, constitution, laws and systems. If the Khalifah (Caliph) deviates from the Revelation, he is accounted on the basis of Islam the great, if he does not then he will be removed by the Court of Unjust Acts (Al-Madhalim). The Caliph is one of the people, has no advantages or immunity, but he is more burdened than the people. As the Prophet ﷺ said:

“The Imam is a guardian responsible for his subjects”.

The is what brings real change in our lives, but in the life of humanity as a whole, people live righteously in it under the justice of Islam, under the Khilafah Rashida on the method of Prophethood.

“Indeed, in this [Qur’an] is notification for a worshipping people”