What is that Official Kamel Samegolin cannot speak of? 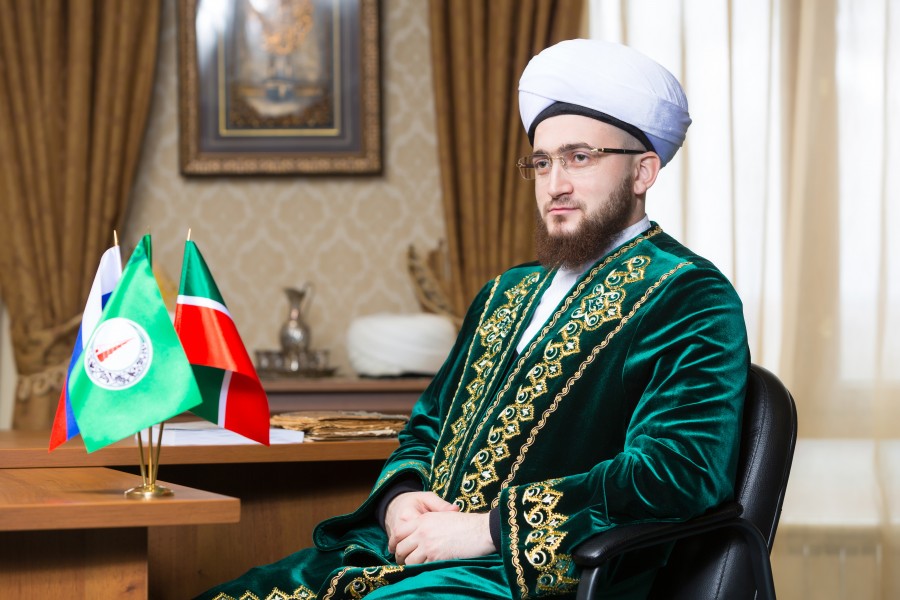 Attempts continue to discredit Islam in the eyes of the Tatar people through the former Deputy Mufti of Tatarstan Rustam Patrov. This time he published an article full of lies under the title: “The Ahadeeth is what led the Islamic world to stagnancy”. This article is a continuation of his attack on the foundations of Islam in general and defamation of the spiritual leadership center of Tatarstan Muslims in particular. Patrov had already questioned the need to perform the five prayers, because, according to him, there was nothing in the Qur’an to indicate the number of prayers. The Mufti of Tatarstan, Kamel Samegolin, responded to him on his page on Instagram by providing the legal evidences that the five prayers are obligatory and that those who deny the definite texts of Islam are out of Islam. Patrov, in turn, responded through the media describing Samegolin as “the turbaned” and accused him of Takfir (accusing a fellow Muslim of apostasy) and continued to defend his views.

The spread of the dispute between the Mufti and his former deputy appears to have been intended to be brought to the public. The Tatar people who are oriented towards Islam are now talking about the (reformist) views of Patarov and the strictness of the so-called traditional Islam, which is defended by Kamel Samegolin in their view. Thus, the former Mufti was able to impose on the society his ideas about Islam, and the Mufti, willingly or not, supported these discussions, while he should have focused the attention of society not to the person of Patrov but to the purpose of putting forward such provocative allegations.

The problem is that Kamel Samegolin, who is an official, cannot speak of the fact that the rapid turn of Tatarstan’s Muslims toward Islam frightens non-Muslims, because Islam was the solid base of the people of Tatarstan and the reason for their progress. Since the time of the Russian Empire, they wanted to get rid of this base for the Islamic peoples bordering the Volga, the Caucasus and Central Asia, and the attempts continued during the Communist rule, and now Russia pays much attention to this issue because it wants to keep in control of those areas.

Therefore, as is the case today, Muslims are being persecuted and their revival is obstructed, and they are trying in every way to strike them with each other in order to deprive them of unity. Muslims have been divided on the basis of nationalism and strife have been stirred up among them, thus, controlling the Muslim countries in general and Tatarstan in particular.

This is happening to this day because many Muslims do not view the world with the Aqeedah perspective and they forget what Allah (swt) says:

“And hold firmly to the rope of Allah all together and do not become divided.”

And His (swt) saying:

“The believers are but brothers,”

The work of the Fatwa House in Russia was directed at transforming Islam into mere rituals of worship and convinced Muslims that this is their religion, which is called (traditional Islam). This has exposed Muslims who did not agree to this definition of Islam to persecution by calling them “extremists” and “terrorists”. Today (traditional Islam) itself is under attack to discredit the work of the spiritual leadership center of the Republic of Tatarstan in the eyes of the people who aspire to Islam. Allah (swt) says:

“And they will continue to fight you until they turn you back from your religion if they are able.”

However, Kamel Samgulin, as a Muslim and a scholar, must speak about this and expose Patrov’s hypocrisy in his service to the interests of the enemies of Islam. This is the direct duty of the Mufti of Tatarstan, who bears responsibility before Allah (swt) and then before the Islamic Ummah.