Press Release: Abduction of Advocates of Khilafah is a Crime Raheel-Nawaz Regime’s Abduction Policy Confirms its Weakness Before the Khilafah Project

Abduction of Advocates of Khilafah is a Crime 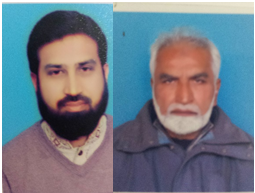 Not fearing Allah (swt) even in the month of Ramadan, when the shayateen area chained up, the Raheel-Nawaz regime continues in its policy of abduction of the advocates of the Khilafah. Yet, the regime is making itself the target of the curses of the oppressed, not caring for the power of the Dua of the oppressed and the fasting, just to please its master, America, even though the US has humiliated Pakistan and is strengthening India against Pakistan. On 9 February 2016, caller of Khilafah, a respected 39 year old lecturer and father of three children Kamran was abducted by the thugs of the Raheel-Nawaz regime when he left his home for work. Almost five months have passed, yet neither has he been released nor presented in any court. Then on 2 March 2016, the thugs of regime raided the house of 57 year old Manzer Aziz, violating the sanctity of house and not caring for the privacy of the womenfolk, to abduct him. A graduate of the prestigious Lahore Islamia College, Civil Lines, and father of four, Manzar Aziz has neither been released nor presented for trial, despite four months having elapsed.

Abducting the advocates of the Khilafah and denying them their right to state their case in an open court, is clear evidence of the weakness of the Raheel-Nawaz regime. The regime has exposed itself before the Muslims in general and the officers of Pakistan’s armed forces in particular as being unable to refute the truthful call of Hizb ut Tahrir, who has prepared an entire constitution in accordance to the Quran and Sunnah. Its frantic and desperate abduction policy encourage the aware Muslim for it shows that the regime is on its last legs, awaiting only to be seized and ended by the sincere of the people of power today.

Hizb ut Tahrir Wilayah Pakistan calls upon the sincere in the armed forces of Pakistan to perform their duty of great reward, in the blessed month in which rewards are multiplied manifold. It is upon the officers of our armed forces to extend the Nussrah (Material Support) to Hizb ut Tahrir for the immediate restoration of the Khilafah (Caliphate) on the Method of the Prophethood. Only then will the true strong man that the Ummah needs, a Khaleefah Rashid, ruling by Islam, will try the criminal rulers openly, in front of the eyes of the Ummah, before sentencing them for their heinous crimes for which a severe punishment awaits them at the hands of Allah (swt). Allah (swt) said,

“Consider not that Allah is unaware of that which the Zalimun do, but He gives them respite up to a Day when the eyes will stare in horror. (They will be) hastening forward with necks outstretched, their heads raised up (towards the sky), their gaze returning not towards them and their hearts empty (from thinking because of extreme fear)” [Ibrahim: 42-43]