Current Politicians’ Conduct is as is expected in Corrupt Democratic System 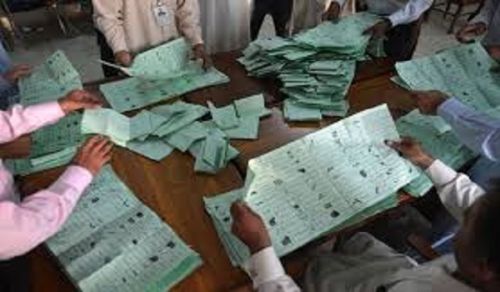 Pakistan’s youth and educated people have become very worried and dejected because a political party in which they had placed their hope for change since 2010 is inducting opportunist, power hungry and greedy politicians within its ranks. Pakistan’s youth want to make this country according to the dreams of their forefathers which envisages that Islam should be comprehensively implemented within this land. But Pakistan’s seventy years of political history and specially the last eight years of political history has only proved that democracy is a corrupt system and we won’t get real change by becoming part of a corrupt system rather always we will be fooled by power hungry politicians.

Hizb ut Tahrir Wilayah Pakistan advises the youth of Pakistan that they should not be fooled lest they be tricked rather they should ponder on the situation asking themselves why we don’t get real change so we remove this current corrupt democratic system? Why in a corrupt system always corrupt people are elevated? Why one has to rely on corrupt people to reach the seat of power? The answer to all these questions is actually quite simple. Democracy is a system which is not from Islam where instead of Allah (swt) humans are granted the status of legislator and by doing so Islam is abandoned. That is why every move to bring real change through democracy is destined to fail and will continue to do so. So what is then the right way to bring real change?

We have to follow the Sunnah of the Messenger of Allah (saaw) to bring real change. The method of RasulAllah (saaw) to bring change is to carry out a political and intellectual struggle through a political party and demand Nussrah (material help) from the people of power. RasulAllah (saaw) only accepted those people in his party who accepted Islam comprehensively. Messenger of Allah (saaw) carefully educated and trained his companions so they became a complete Islamic personality. RasulAllah (saaw) along with his companions, through a political struggle severely attacked Kufr system and thoughts, presented Islam as an alternative system, which was revealed to Him (saaw) by Allah (swt), in front of people boldly without concealing anything and developed public opinion for this system in masses and amongst the people of power. Messenger of Allah (saaw) did not make any compromise with the rulers of his (saaw) time and their allies. RasulAllah (saaw) asked for material help (Nussrah) from the powerful Arab tribes for the establishment of a state and he (saaw) succeeded in establishing this state when leaders from two tribes of Aus wa Alkhazraj in Madinah agreed to make him (saaw) the ruler of Madinah. So this is the method of the Prophet (saw) for change: work with a political party through political and intellectual struggle and demand Nussrah from the armed forces of Pakistan for the establishment of Khilafah.

Hizb ut Tahrir Wilayah Pakistan asks the youth not to be disappointed and dismayed rather learn from this bitter and harsh experience. With the permission of Allah swt the time for the establishment of second Khilafah on the method of Prophethood is not far away which is the real change we all seek. Allah swt said,

Therefore we invite the youth and masses of Pakistan to join Hizb ut Tahrir’s struggle and contribute in bringing real change in Pakistan.