A Curse called “Budget”… An Annual Punishment from the Government on the People of Sudan with Taxes and Levies! 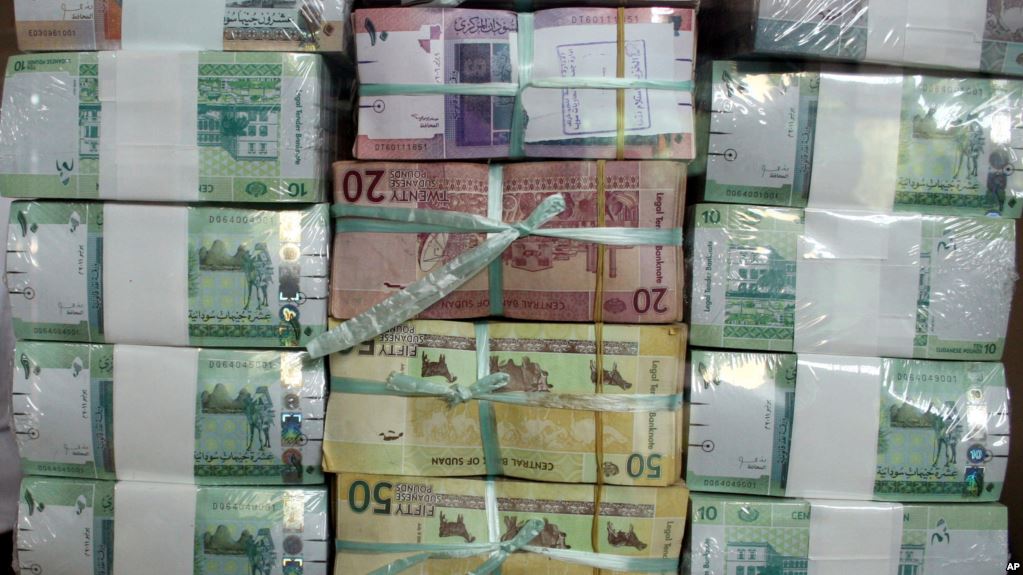 On Wednesday 27/12/2017, the Sudanese parliament, at the general stage, unanimously approved the draft budget for 2018; the least it can be described as, is a curse on the people of Sudan, and warns of dire consequences. The government raised the customs dollar from $6.9 to $18, resulting in an increase in the prices of imported goods, to about 300%, affecting the prices of bread, cooking gas, electricity, and everything related to the lives of the people of Sudan. Taxes and levies; by which the government deprives the son of the country of his daily food and fruits of his hard work; to spend on the armies of the so called Ministers and advisers, and to purchase the conscience (of men) according to the political quotas of the so-called National Accord Government.

This catastrophic budget comes every year after the ominous visit of the International Monetary Fund (IMF); the government of Sudan implemented its exposed recommendation to lift the subsidies, burdening people with taxes and levies. We have repeatedly warned against falling into its grip and listening to its instructions. But the government of Sudan continues in error; it destroyed the economy, and fought production; farmers left their farms, and many factories closed.

Islam has shown the great crime and the catastrophic result of the government’s   customs policy on the economic life of the people, it affects the poor and the needy.  The Prophet (saw) said:

“The one who imposes customs will not enter paradise.” [Narrated by Ahmad in his Musnad and others].

When the Ghamidiyah woman (who committed adultery) was stoned, the Prophet (saw) said:

“By Him whose my soul is in hands, she repented, and her repentance if the imposer of customs follows it, he will be forgiven.” [Narrated by Muslim]

What crime and disaster caused by a regime that brings hardship to the people’s lives with levies and customs, that makes its sin greater than the adulterous woman? Without a doubt, it is because it brings hardship to people destroying many families, depriving them of a decent life. The Prophet (saw) said:

“Whoever enters something on the price of Muslims to increase it, Allah Tabarak Wa Ta’ala will truly make him take a seat in a great fire on the Day of Judgment.” [Imam Ahmad and Baihaqi and others]

The fundamental flaw is in the system applied by the government on the people, and the deviant approach it uses to address their problems. It has been proved that these governments cannot achieve economic or political stability. The Khilafah state (Caliphate) was concerned with the livelihood of the people and their provision. Our beloved Prophet (saw) said:

Al Kalla is everyone needs care and maintenance. He (saw) said:

“The imam is a shepherd and responsible for his flock,” [Bukhari].

O people of Sudan, how strange are you! Why are you patient with this injustice, and you are from the best nation brought out to mankind?! Why don’t you work for change on the basis of Islam, the system of your Lord, and Allah (swt) says:

“Indeed, Allah will not change the condition of a people until they change what is in themselves” [Ar-Ra’d: 11]

Shariah rulings are rich in solutions that deal with all matters of life. Why don’t you work for the re-establishment of the state of Islam that lifts of you the hardship and miserable life?

We have continued in Hizb ut Tahrir / Wilayah of Sudan to warn you of these disasters and offered you the effective treatment, the healing antidote and the radical solution to all your problems in the application of Islam through the righteous Khilafah state on the method of Prophethood. So rise to establish it so you may see the good on the ground, because they are the rules of the Lord of the Worlds, Allah (swt) says:

“…then whoever follows My guidance will neither go astray [in the world] nor suffer [in the Hereafter] * And whoever turns away from My remembrance – indeed, he will have a depressed life.” [Ta-ha: 123-124]