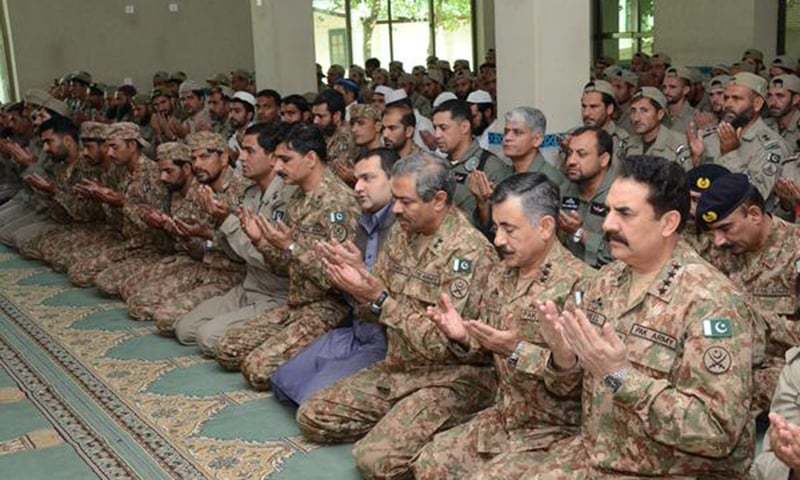 After Indian troops cowardly targeted a van carrying Muslim schoolchildren in Battal sector of liberated Kashmir on 15 February 2018, Pakistan Army promptly destroyed an Indian army post along the Line of Control (LoC), sending five Indian troops to Hell and injuring many more, earning the pleasure of Allah (swt) and the Duas of the believers. Indeed, Pakistan Army is not only capable to respond to repeated aggression on the eastern border, it can bring the Indian army to its knees and end Indian regional mischief comprehensively and decisively. The only obstacle are the rulers that have focused our troops on the western border with Afghanistan, to rescue the US occupation there, whilst consistently starving the Jihad in Occupied Kashmir of support, of which the recent funding restrictions is but one of a long chain of restrictions.

Truly, pro-American rulers are nothing but an obstacle to the Pakistan Army, preventing it from doing what is required and what it is more than capable of doing. Musharraf first claimed that his banning of Jihad in Kashmir in 2002, would guarantee US support for ending the suffering of the Muslims of Kashmir. Then, Musharraf claimed the ceasefire with India brokered in 2003 had the guarantee of the US, so that Pakistan could focus on the US war in the tribal regions. It is evident that all US guarantees only guarantee harm to Muslims and create new opportunity for Indian mischief. Indeed, through depending on the US, Pakistan’s rulers have ensured India increased hostility against the Muslims of both occupied and liberated Kashmir, repeatedly violating the ceasefire without any US reprimand whatsoever. Moreover, the US thanked Pakistan for its efforts and sacrifices in the War on Terror by providing Indian intelligence shelter in Afghanistan, so that India could open up new fronts against Pakistan in Baluchistan and beyond.

Even now the situation can be turned around, if the Muslims have rulers that put Islam and Muslims first and last, paying no heed whatsoever to US demands, promises and guarantees. Under Islamic rulers, there are no military alliances, co-operation, intelligence sharing, flag meetings, diplomatic relations and economic ties with nations that are hostile against Muslims. Islam requires that Muslims fight against the Hindu State occupation until it is ended. Allah (swt) said,

“And Allah forbids that believers allow the disbelievers a way over them” [Surah 4:141].

“Then whoever transgresses the prohibition against you, you transgress likewise against him” [Surah Al-Baqarah 2:194].

Let the US die its own death on our western border at the hands of Afghan Muslims who have already brought it to its knees, as our armed forces are sent in waves to fight the Indian troops on the eastern border, seeking victory or martyrdom. Let all those capable of fighting from our men be gathered as soldiers in the armed forces, trained and dispatched in rapid order. Let there be full and open support, financial and intelligence, for the Muslims in Occupied Kashmir in their struggle for liberation and annexation with Pakistan. Let our nuclear assets be deployed so that the India does not even imagine drastic steps, stricken and paralyzed by fear. And let all this to continue until the Hindu State occupation is eradicated, on the way to restoring Islam’s dominance over the whole Indian Subcontinent as it was for centuries under Islamic rulers previously. So, let the Muslims re-establish the Khilafah (Caliphate) on the Method of the Prophethood so all this can happen.

Press Release: In Response to the Television Program in…