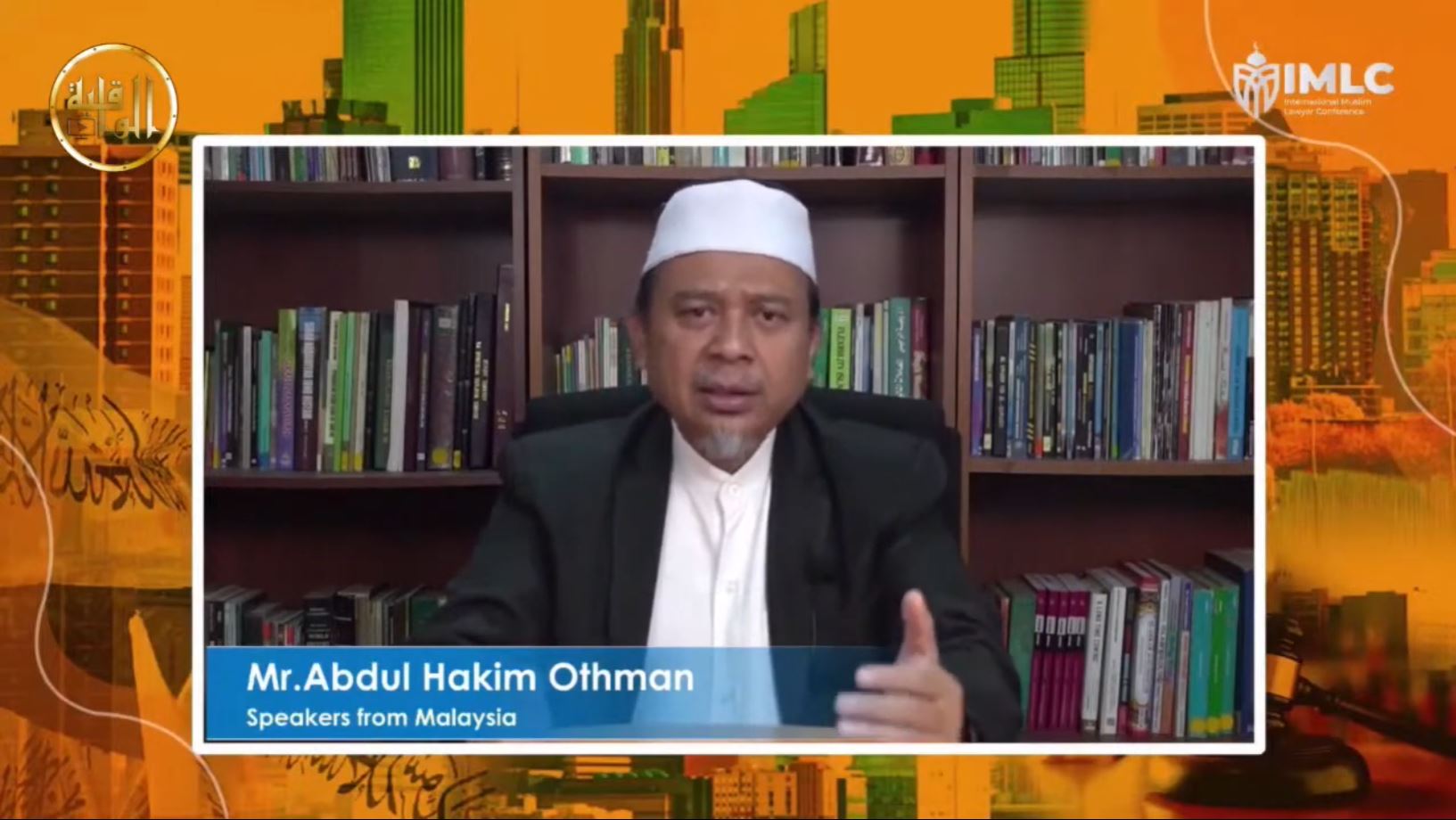 UYGHUR MUSLIM: THE FACADE OF INTERNATIONAL LAW AND ITS SOLUTION

For: The International Conference of Muslim Lawyers

“We, as the Uyghurs living abroad are pleading to you with the following, if you have decided to hand back the 11 Uyghurs in your custody, instead of handing them back to the Chinese government, it would be better, for the following reasons, if you just killed them yourselves. The inhumane torture that they would go through, their organs would be stolen, then they would be killed and burnt. At least in your hands you would execute them in a humane fashion and they could be given an Islamic burial and be buried with the other Muslims in a Muslim cemetery in Malaysia”.

This is among the points of appeal of the Uyghur Muslim community to the government of Malaysia during the detention of their brothers by the Malaysian government in early 2018, which can still be accessed at [http://www.hoylam.net/malaysiya_hokumitige_ochuq_xet/].

These words alone are enough to describe the brutalities of the Chinese regime against Uyghur Muslims, and how horrible their suffering is, despite living in their own land. In the said open letter, they explained how the Chinese regime oppressed and tortured them, where some were brutally killed and their organs were taken out for sale. They were tortured and killed just because their religion is Islam and were accused of engaging in terrorist activities.

Atrocities committed by the Chinese regime against Uyghur Muslims have always been an open secret to the whole world. More than a million Uyghur Muslims are reportedly detained in concentration camps across China. They are not allowed to pray and fast, banned from performing Hajj and Umrah, and even banned from keeping beards. They were tortured systematically, forced to eat pork and drink liquor, while their women were raped and forced to open their Aurah, and many other kinds of tortures. In those camps, they are indoctrinated to leave Islam day in day out.

Cause and Consequences of the Conflict

The conflict between China and the Muslims in Eastern Turkistan is not new. Since 1863, this region has been subjected to campaigns of Chinese massacres. In 1949, more than one million Uyghur Muslims died in the clashes where the Chinese Communist regime led by Mao Zedong took over and abolished the independence of the territory, and annexed it to the Republic of China. The region was practically emptied of its Muslim population and they were distributed to the inner provinces of China. But Uyghur Muslims (of strong resolve) did not surrender to the Chinese, revolutions erupted in 1933 and 1944 and continue to occur in the region against Chinese occupation and the last was in 2009.

Islam is the main reason for the intense hatred of the Chinese towards the Uyghur Muslims, apart from the presence of natural resources, especially oil in the region, which China calls Xinjiang, i.e. the new colony.

Many fled the country in order to save their souls and their Deen from the brutality of the Chinese regime. In November 2017, it was reported that 20 Uyghur Muslims had reached Malaysia when they escaped from the Thailand immigration detention. China then officially requested Malaysia to extradite them. The Malaysian Home Minister replied that he would honor the Mutual Legal Assistance (MLA) thorough Interpol and the extradition agreement it signed with China. The Malaysian authority managed to arrest 11 of them in January 2018, and they were charged in court on 24th April under the offence of entering Malaysia without valid travel documents.

However, on 12/10/2018, the charges against them were dropped on humanitarian ground and they were then sent to Turkey, a step seen as defying China in international eyes by Malaysia. As a matter of fact, since 2013, Malaysia has repatriated 28 Uyghur Muslims to China, who were detained while on their way to Turkey, on the grounds of terrorism. The Malaysian government accused them of being members of the East Turkestan Islamic Movement (ETIM) and accused them to be on their way to Turkey to join the Islamic State terrorist group in Iraq and Syria (ISIS).

Malaysia is of No Help

It is worth noting that Malaysia is not a state party to the 1951 Convention Relating to the Status of Refugees and its 1967 Protocol. Therefore, “legally speaking” Malaysia is not bound to protect refugees or grant asylum to those seeking them. Consequently, this has created problematic and exploitative conditions for refugees and asylum seekers who are constantly at risk of being arrested, detained, maltreated or easily accused of being terrorists.

Henceforth, the life of refugees in Malaysia continues to be difficult, with numerous struggles and suffering. These refugees are helpless, hopeless, and legally unprotected. As of August 2021, there are some 179,390 refugees and asylum-seekers registered with the United Nations High Commission for Refugees (UNHCR) in Malaysia. It is not difficult to imagine the vulnerable lives of these refugees.

Despite having the Human Rights Commission which was established under the Parliament Act since 1999, its function is only to carry out inquiries into complaints about human rights infringements, subject to the Federal Constitution, and acting only on complaints submitted to it. It is clearly stipulated that the Commission may not investigate complaints which are the subject matter of proceedings pending in a court of law or which have been finally decided by any of the courts. Therefore, one can say that provisions of human rights in Malaysia are nothing but a piece of displayed jewelry. The voices of human rights activists are also barely audible when it comes to Uyghur Muslims.

Having discussed all these facts, there seem to be no other reason why the Uyghur Muslims were deported, and why their fate is ignored by the Malaysian government, except that they, and the other refugees, are not Malaysian citizens. In other words, it is solely due to nationalism. That’s all to it!  The Malaysian Muslim government does not consider the refugees as Muslims whose blood and honor must be protected in accordance with Islam. The Malaysian government views them solely as illegal immigrants who has no right at all to stay or to be protected in the country even for a while, as if their souls are of no value. To the Malaysian government, kicking them out of the country in order to satisfy the enemy, is more worthy than allowing them to stay and treat them as brothers, as ordered by the Lord of the Worlds. If Uyghur Muslims, who were already here seeking for protection were ignored due to nationalism, we cannot really expect Malaysia to save Muslims in Xinjiang.

China is a great state and an influential economic power in the world. On the basis of economic interests, any country, especially a small country like Malaysia will not be willing to be hostile to China. China remains as Malaysia’s largest trading partner since 2009, with a trade value in the third quarter of 2020 of RM88 billion (USD22 billion) or 19.1 per cent of the country’s total trade.

Malaysia’s stand on this issue can be understood during the visit of the Minister in the Prime Minister’s Department in charge of religious affairs, Dr. Mujahid Yusuf Rawa, to China on 23-30/06/2019. He was taken to a place where Uyghur Muslims are said to be undergoing vocational training. During his speech afterwards at the Beijing Foreign Studies University, on 27 June 2019, Dr. Mujahid stressed, “Another problem we face today is the potential of instigating the world society with false news that could trigger sour relations between nations and people across the continent. False news in China about Muslims being oppressed could trigger a wave of sympathy to the oppressed and affect relationship…”. What a blind remark by a Religious Minister!

The Facade of International Law

Apart from its economic power, China is ranked at number 3 out of 140 countries by globalfirepower.com, in terms of military strength, after the United States of America and Russia. With these two strengths, no one would dare to touch China in its internal issues, enabling China to torture and kill the Uyghur Muslims as they wish.

The international legal effort to put pressure on China came once from the European Union (EU) early this year.  As reported by Reuters on 23/02/2021, EU Foreign Policy Chief, Josep Borrell urged China to grant “meaningful access” to United Nations investigators seeking to probe reports of human rights abuses against the Uyghur Muslim minority. It is said that UN High Commissioner for Human Rights, Michelle Bachelet wants to send a team to Xinjiang, to investigate the reports.

However, this effort is clearly just a lip service since the EU itself has been under fire from human rights groups because of a tentative investment deal with China that critics say turns a blind eye to the plight of the Uyghurs.

Despite of the world having an International Court of Justice (ICC) with jurisdictions covering the issue of genocide and crimes against humanity and seemingly able to bring China to justice, one must remember that only state parties will fall under its jurisdiction, and China is not a party to the Rome Statute. Hence, the ICC does not have the territorial jurisdiction over the crimes allegedly perpetrated in China. Even if a country is a state party to ICC and found guilty, being a judicial institution, the ICC does not have its own police force or enforcement body. ICC relies fully on the cooperation of countries worldwide, especially United Nations member countries, for support in enforcing its decision. With China having veto power in the Security Council, the ICC is no more than a just a moot court.

Khilafah is the Only Solution

China’s crime and brutality against Uyghur Muslim are unlikely to be confronted by a small state with weak and cowardly Muslim leaders. With the establishment of a new Taliban government in Afghanistan, the Muslims do have strength and ability to confront China and save our Muslim brothers in Xinjiang that shares a 76-kilometre (47-mile) border with Afghanistan. China knows this very well and for this reason, China took an early step to establish relations with Taliban. Even before Taliban took control of Kabul, China had started deepening diplomatic ties with the group, hosting a Taliban delegation in July this year.

Shortly after Kabul fell to the Taliban, a spokesperson for China’s foreign ministry said Beijing is “ready to develop good-neighborliness and friendly cooperation” with Afghanistan, an implied message to Taliban not to cross the border and to remain a good neighbor to China. Until now, it is unlikely that Taliban will save the Uyghur Muslims from China’s oppression.

On that basis, we need the strength of Islam with not only a strong and courageous leadership, but also a leadership that has political awareness, political will and Taqwa (pious) and will hurry to save Muslims anywhere in the world, without delay. We need a state equivalent to China, that will teach China a lesson, that will treat an enemy as an enemy, and will not spare those who dare to dishonor Muslims or spill Muslim blood.

We need the Khilafah, the only Islamic State that will warn China over its oppression towards the Uyghur Muslims, and demand that China releases them immediately from the concentration camps, and treat them equally as their citizens. And if the warning is ignored, a military warning will be issued by the Khilafah, and if that is also ignored, the Khilafah will deploy Muslim armies in the cause of Allah, to save our brothers and to bring the light of Islam into China. This is the only solution for our brothers in East Turkistan and other parts of the world who live under oppression of the Kuffar. And this “solution” will be manifested very shortly by the Will of Allah (swt).