Khilafah Does Not Favor Rulers over the Ruled as Democracy Does 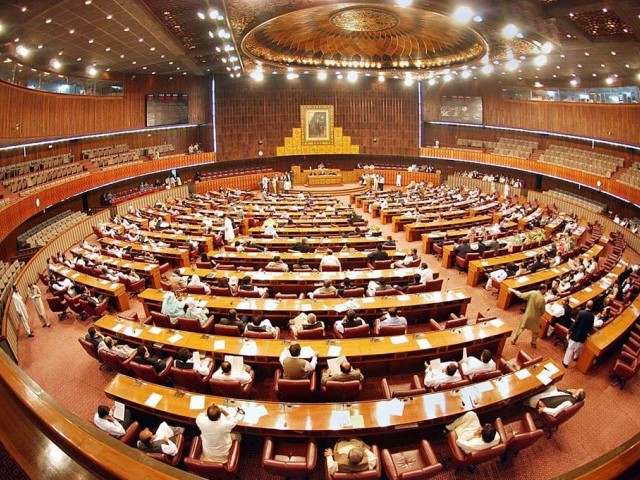 Yet again it has been proved that Democracy does not serve the people rather used as a tool to fulfill the interests and personal desires of the rulers and their cronies. On 22nd September 2017, the Senate of Pakistan passed the Election Bill 2017 with a majority vote, according to which a convicted or disqualified person can become head of a political party. Previously, in 2002, General Musharaf resurrected Political Parties Order 2002 to exclude his political opponents, Nawaz Sharif and Benazir Bhutto, from electoral politics by introducing a clause which bared any person to hold any office of a political party who is not the member of an assembly or who is disqualified under Article 62 and 63 of the Pakistan constitution. Thus, in democracy or in any man made system, rulers make and amend laws according to their interests and requirements.

The history of democracy is full of examples where laws are made to secure the interests of the rulers and their cronies and, in this respect, there is no difference between the West and the East. If we only examine the last sixteen years of democracy in Pakistan we saw that Musharraf’s usurping of power was made legal by introducing the Seventeenth Amendment in 2003. We also saw in 2007 that Musharraf promulgated infamous “Nation Reconciliation Ordinance (NRO)” which gave clean chit to corrupt politicians and bureaucrats, so he could secure his presidency for another term, although after few years in December 2009 Supreme Court of Pakistan struck it down, declaring it against the national interest. And this not only happens in Pakistan, where democracy is still in “infancy,” it also occurs in the West, where democracy is “mature,” albeit in a more sophisticated, “mature” manner. The characteristic of democracy that serves only rulers and their cronies has been exposed so clearly that in the September 2011 movement that started in New York, America, which called itself “Occupy Wall Street,” besieging major Western capitals with a political storm. This movement was established because of economic inequalities and one of its slogans was “we are the 99%”. Western people see their ruling system and politicians as corrupt, self-centered and making laws to serve the interests of the greedy and untrustworthy capitalists. This perception is so widespread that many politicians in the West during elections pledge to “restore” or “rebuild” the public trust in politics. During his election campaign, the current US president exploited this perception extensively, asking the people to vote him as he is not a “traditional” politician unlike his “crooked” competitor.

O Muslims of Pakistan! Islam’s ruling system is the Khilafah where laws are not made according to the whims and desires of the Khaleefah, Majlis-e-Ummah or the judiciary, rather all laws are extracted from Quran and Sunnah only. Allah (swt) has reserved the right of law making exclusively to Himself for Allah (swt) said,

“Verily! The ruling rests only with Allah” [Yousuf:67].

By doing so, Islam has shut the door effectively for rulers and their cronies manipulating their laws to secure their own interest. The rights of the people are only guaranteed in the Khilafah, Islam’s ruling system. Islam alone has secured the society from favoring the rulers over the ruled. So for the abolition of the exploitative and oppressive democracy and the re-establishment of Khilafah (Caliphate) on the method of Prophethood, become part of the struggle of Hizb ut Tahrir. RasulAllah (saaw) said,