The Mulberry Leaves are Falling Exposing the Real Relationship with the Jewish Entity Lebanon’s Foreign Minister has no Ideological Problem with “Israel”!! 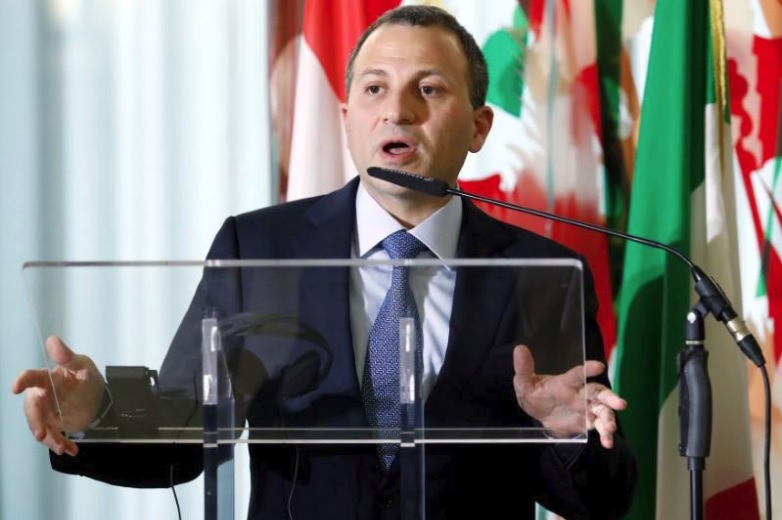 In an interview with the Lebanese Foreign Minister, Gebran Bassil, on a program in Al-Mayadeen channel that is called ” Hiwar As-Sa’a (the Talk of Hour)”, which was broadcasted on 26/12/2017 in which the presenter of the program described  Gebran Bassil as  the “Lebanese foreign policy engineer”, the presenter asked him: “I hope I do not get a diplomatic answer, give us information if you can, do you think that normalization has become a reality, the normalization of some Arab countries with “Israel”? The answer of Gebran Bassil in a language mixed with colloquial and without hesitation: “I want to tell you something, it is not an ideological issue for us, we are not against the existence of “Israel“, it has the right to have security, we are not rejecting this, we say that we want all people to live in security, recognizing each other, and recognizing the other, the issue is not blind, and we want the other with our differences with him.”

The Lebanese Foreign Minister declares these statements shamelessly and without hesitation, and on a political channel and with his background that claims resistance and rejection (to “Israel”), with white snow at the background of the studio to create a dramatic scene!!! The snow of your resistance melted away and your prairie of deception of the question of Palestine emerged, and it has become clear that Lebanon, with its “foreign policy engineer” and those with him in the government and allies, follow the Arab approach represented by the fall of the mulberry leaf that covered the normalization with the Jewish entity, the usurper of the land of Palestine. It even exposes that Lebanon’s quick announcement that it is ready to open an embassy in Al-Quds (Jerusalem), after Trump announced his foolish declaration of Jerusalem as the capital of the so-called “Israel”, is part of the series of systematic normalization, and the start the process to end the two issues stuck in the “peace” file with the Jews, that is Al Quds and the issue of refugees.

In a statement to the government read by the Information Minister, Melhem Riashi, in a press conference held in the presidential palace after a government meeting: “The government decided to form a committee headed by Prime Minister, Saad Hariri, to study the proposal of Foreign Minister, Gebran Bassil, to establish an embassy for Lebanon in Jerusalem to consecrate the capital of Palestine”. (Al-Jazeera 14/12/2017). It may also reveal that Lebanon with its government and its “foreign policy engineer” are involved in what is known as the American-led “deal of the century” in an attempt to eliminate the rest of the people of Palestine and their cause; which includes the final negotiations including regional peace talks between “Israel” and the Arab countries led by Saudi Arabia!!! Are these indicators of Lebanon’s treading in this deal orchestrated and manufactured by America?

O Lebanon’s Foreign Minister, and all the Lebanese Government

You only represent yourselves with these statements. The struggle with the Jewish entity, the usurper of Palestine, is an ideological creedal conflict by all standards, and it is not the struggle of the feeble Lebanese entity with the Jewish entity. Rather, it is the struggle of the Ummah – including the people of Lebanon – with every usurper of every inch of its land. The statement of your “foreign policy engineer” is not what decides the course of the Ummah in this road or the nature of the conflict. Every honourable person in the Ummah and in Lebanon rejects the existence of this cancerous gland called “Israel”. America’s illusion of “the deal of the century” will be destroyed by the Ummah and the sons of the Ummah in Bait al-Maqdis  and its precincts and Ash-Sham. And the people of Lebanon – that you are not part of – are part of this Ummah. The Messenger of Allah (saw) said in what is narrated by Ahmad from Abu Umama:

“There will always be a party from my Ummah triumphant upon the Truth, victorious over their enemies; there will be no harm from those who oppose them and they will not be harmed except by an infliction until the order of Allah comes and they will be like that [victorious]. They asked, Messenger of Allah! Where are they?’ He replied, “In Bayt al-Maqdis and the precincts of Bayt al-Maqdis’…”