O Muslims! Let Your Choice be Islam, and Do Not Ride Democracy’s Sinking Boat 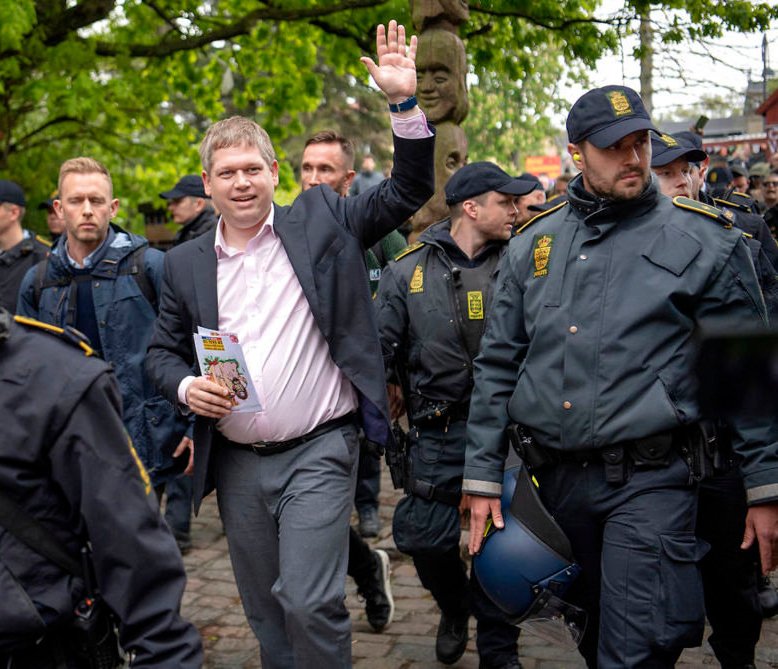 Elections time in Denmark have returned, and this means that we will see what commonly takes place of some parties, who usually make effort to occupy their place in the attack on Islam, they are now making an effort to urge Muslims to participate in the parliamentary elections.

The irony is that they seek the votes of Muslims who believe in their Shariah law, as the secularists of the Danish people increasingly lose their confidence in democracy. Many studies have shown that there is an unprecedented level of mistrust between Danes in politicians as well as in democracy. Elections after election have shown that democracy is a game, the permanent winner in it are the capitalists. There is a broad study of the political system conducted by Danish sociologists who stressed that the rule of the people is just a lie. One of the researchers in this regard (Christoph Ellersgaard) said: The parliamentary game that takes place in the House of Representatives takes place any way. But the important decisions that are taken are made outside the House.

If non-Muslims have realized this fact, then how should Muslims deal with this fact, we who are guided by the Book of Allah, should we not be more aware of the failure of democracy than non-Muslims? Allah (swt) says

“O you who have believed, if you fear Allah, He will grant you a criterion” [Al-Anfal: 29].

Is it not shameful that the mosques and Islamic centres encourage the elections, at a time when the electoral population discover the deception of their politicians? Islam recognizes that people choose those who represent them in government and to do so by voting. This happened when Denmark was still a group of small tribes. As for the elections in the secular system, the voter gives a mandate to the legislation to man instead of Allah, so they allow what Allah has forbidden, and forbid what Allah has permitted. If the work of the members of the House of Representatives is strictly forbidden, there is no doubt that voting in these elections is also forbidden (Haram), it is a mandate for individuals and parties to do Haram.

The choices of Muslims are confined to secular political parties that their basic ideas contradict Islam, which from time to time carry out the attack on the headscarf and regard it as a symbol of oppression of women and see the education of children on the basis of Islam a problem, as well as the relationship between the sexes as an example.

Successive governments of different forms and colours have followed in this country and the war against Islam has been the common factor between them. Some parties have agreed to incite young Muslims to carry out an uprising against their families if the families stop them from living according to the Western way of life. How can we support politicians whom betrayal is their character and encourage people to elect them; “parties of the left” while we find them part of the war on Islamic values, under the banner of combating extremism, the control of parents, and the parallel society?! Allah (swt) says:

“And do not incline toward those who do wrong, lest you be touched by the Fire, and you would not have other than Allah any protectors; then you would not be helped.” [Hud: 113]

The claim that non-participation of Muslims will be in the interest of the extreme right is merely a campaign of intimidation. The politics of other parties with respect to integration and the policy of values ​​do not contradict the policy of the far-right parties. The fascist policy adopted in Denmark against Islam and Muslims is a constant political trend, part of the ideology that has been integrated into all the joints and institutions of the state. We are facing a regime hostile to Islam, spreading hatred and racism and making it normal in society. And later facilitated the road to Nazi parties to exert psychological pressure on Muslims to intimidate and subjugate them in order to completely assimilate them.

Moreover, the claim that non-participation of Muslims is negative and of being indifferent is also a misleading propaganda. It is not correct to reduce the influence of Muslims in society with electoral votes that are worthless. The Muslim is obliged to participate effectively in society, but according to Islam, Islam has detailed to us how to participate in political activities.

Dear Muslim Brothers and Sisters: Democracy is a sinking boat heading towards the seabed. People in many European countries are about to lose confidence in democracy, and they are looking for an alternative that will save them from the injustice of capitalism. You have this alternative and it is in your hands! It is not right for you to support the kafir democratic regime by word or deed, which has deceived humanity for more than 200 years.

The issue of participating in the elections is not limited to the prohibition of participation alone, but rather extends to the issue of our Islamic identity and to whom does our loyalties lies, as emphasized by the deputy head of the main party in the government during the shameful Iftar, which is devoid of the Baraka of Ramadan. Our loyalty is not determined by our location in the world and is not affected by the circumstances we live in. Our loyalty must always be to Allah and His Messenger and to the believers.

The road ahead for us in Denmark is to protect our values, preserve our Islamic identity, and stand up to the aggressive policy of integration practiced by successive governments. We must stand united to protect our Islamic values, as well as to stand up to biased propaganda against Islam and to spread the call to the society around us, in which many suffers from social problems and pressures. We Muslims must focus on carrying the torch of Islam to illuminate the way for all people, especially the open-minded sincere who seeks the real solution.

We are obliged to expose and show our objection of the foreign policy that oppress and murder our Muslim brothers in the Muslim world, as well as we are obliged to call for the establishment of the Islamic Khilafah Rashida (Righteous Caliphate) in the Muslim world and to spread the good in the world, where Islam is the only viable solution to solve the problems of the world facing us. This is one of the most important lessons of the Messenger of Allah (swt), during his call in Mecca, which highlights the political struggle, and stands in the face of falsehood and shows the Truth as the alternative.

“Say, “This is my way; I invite to Allah with insight, I and those who follow me. And exalted is Allah; and I am not of those who associate others with Him.”[Yusuf: 108]