Pakistan’s Rulers Remain Idle as a Madrassah is Bombed on our Doorstep, with Children and Copies of Quran Burning

Mobilize Pak Army for the Liberation of Afghanistan! 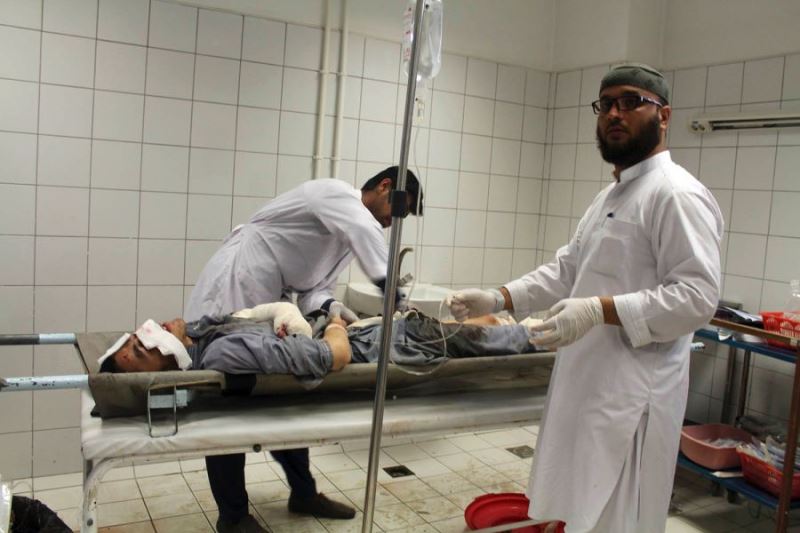 “The similitude of believers in regard to mutual love, affection, fellow-feeling is that of one body; when any limb of it aches, the whole body aches, because of sleeplessness and fever.” (Muslim).

Pakistan’s social media and public debate have erupted in anger over the bombing by the US puppet government in Afghanistan of a Madrassah (مدرسة Islamic School), in which dozens of civilians were martyred, including children as young as seven years of age. Terrified of the reaction from the Muslims, the colonialists first suppressed initial reports that they themselves were involved in the bombing, dumping the blame on their puppet regime, which is nothing but a fig-leaf to hide the occupation, and then quickly assuring the enraged Muslims of an investigation into the slaughter by their tool, the United Nations.

O Muslims of Pakistan! We commend your anger and advise you to direct it at its right place. It is expected that a puppet regime that the US occupation has founded and directed will slaughter Muslims as readily as the crusaders themselves. It is expected that a puppet which fights those who seek to end the US occupation and embraces the Hindu State, would act as a brutal warden for the prison that the US has established. So what of Pakistan’s rulers, who have the physical means to end the US occupation? Are they absolved from responsibility because of a colonialist border, the Durand Line? Are they absolved of ending the US occupation, which hides behind its puppet, when Allah (swt) said,

“And what is wrong with you that you fight not in the Cause of Allah, and for those weak, ill-treated and oppressed among men, women, and children.” [Surah An-Nisa: 4:75.]?

Rather than acting to end the US occupation, in loyal service to Trump, Pakistan’s rulers are applying immense pressure on the Afghan mujahideen for negotiations through which the US seeks legal and moral cover, both for its brutal occupation and its tyrannical puppet regime. Are the rulers of Pakistan not deserving of our anger and the punishment of Allah (swt) when He (swt) said,

“If you march not forth, He will punish you with a painful torment.” [Surah At-Tauba 8:39].

“A Muslim is a Muslim’s brother. He does not wrong and does not abandon him” (Muslim).

Abandon these rulers as they have abandoned us. Strive for the re-establishment of the Khilafah on the Method of the Prophethood, which will dismantle the support structure for the US occupation on our doorstep, which is the real terrorist network. The Khaleefah Rashid will seal its fortress embassy in our capital and its spy-post consulates in our cities, expel its Raymond Davis private military and intelligence, sever the air and land supply routes that supply weapons, pork and wine for the crusaders and mobilize our powerful armed forces in support of the noble tribal Muslims who have brought the US to its knees.