Rajab, the Month in Which the People of Yemen Embraced Islam and in which the Khilafah was Destroyed 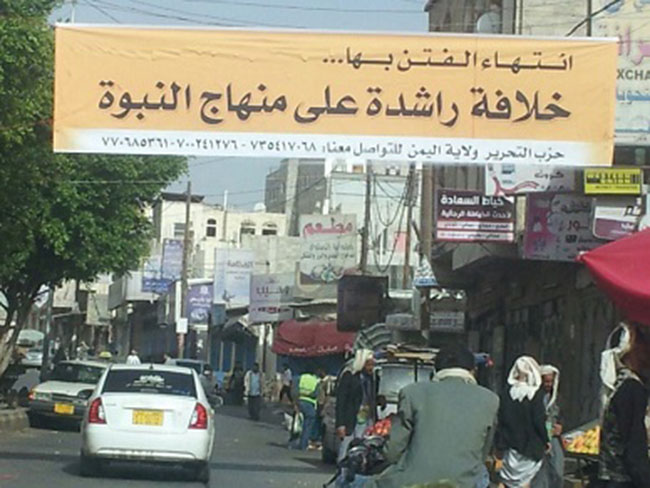 “And remind, for indeed, the reminder benefits the believers”

The 28th Rajab passes every year by the Islamic Ummah bringing with it the painful anniversary of the destruction of the Khilafah (Caliphate) in 1342 AH – 3rdMarch 1924. In this year 1440 AH, we are approaching the end of the entire century in the absence of the Khilafah state (and not three days with their nights) the time of the appointment of a Khalifah (Caliph) to give the bay’ah to rule by the Book of Allah (swt) and the Sunnah of Prophet Muhammad ﷺ. The Sahaba, may Allah be pleased with them, were busy to appoint Abu Bakr As-Siddiq may Allah be pleased with him a Khalifah to Muslims after the Death of the Prophet ﷺ. But the Khilafah was destroyed by the colonialist Kuffar and their agents and replaced by the national state regimes that exist today in Muslim countries to rule with other than Islam, instead of implementing the rules of Shariah. As a result the Muslims divided into fragile states that cannot stand in front of their weakest and debased enemies.

Our situation during the last century is dismal, a painful and sad sight that the souls reject, under the Sykes-Picot border, and the new borders that are set to take place in the context of war and conflict, to distract the awakening of the Muslim Ummah by fighting each other after living in the absence of the implementation of Islam and the miserable life without it.

“And whoever turns away from My remembrance – indeed, he will have a depressed life, and We will gather him on the Day of Resurrection blind.” [Ta-Ha: 124]

Because the Ummah is now heading towards its fortified fort that Allah Al-Qawi, Al-Aziz, Al-Hakeem, Al-Mateen blessed it with. And why wouldn’t they, since the Muslims have lived in it the life of strength and immunity, they have reached the East and the West with their horses carrying Islam to them. But today in the shadow of these rulers, Muslims are killed in the hands of their children and sleep hungry and their wealth is looted from under their feet!

The people of Iman and Wisdom in Yemen on the first Friday of Rajab celebrate their entry and conversion to Islam and the arrival of the companions Mu’ath bin Jabal, may Allah be pleased with them, on 9th year AH to teach them how to live Islam and rule them by Islam. The creed has no meaning if there is no implementation of the Shariah rules that regulates life’s affairs. They do not mention the tragedy of the destruction of the Khilafah on the 28th of the same month. They should associate their conversion to Islam in Rajab, which organized all their affairs, and the anniversary of the destruction of the Khilafah and the tragedy of its fall, which due to its absence they lost the implementation of Islam.  They are inseparable events.

Muslims should be aware that the benefit of this anniversary can be only by changing the angle of view of the world and political events and actions from the angle of patriotism, and to dissociate from its cloak which the colonial West imprisoned us in, to the angle of there is no god but Allah Muhammad is the Messenger of Allah, and to the wideness of Islam to establish the Khilafah that the Prophet ﷺ gave us its glad-tidings, «…ثُمَّ تَكُونُ خِلَافَةٌ عَلَى مِنْهَاجِ النُّبُوَّةِ ثُمَّ سَكَتَ» “… then there will be a Khilafah on the method of Prophethood and then he remained silent”.

The Khilafah is the state of all Muslims to the exclusion of other people to rule by Islam and unite the Muslim countries under it, and it is not a state of a group or party in the shadow of the national state, which people suffered its fire and made the measure of appointments is belonging to the ruling party.

In the absence of the Khilafah, the protector of Muslim, the conflict in Yemen between the two sides of the international conflict has intensified between Britain and America, which want to regain control over what remains of the Red Sea shores beyond its control, to surround it like the bracelet around the wrist.

O our people in Yemen! Do not make your children the fuel of the conflict between the Kufr countries who want wealth of the country, this is a great error, but rather push your children to a place that Allah and His Messenger love, which is the hard work to establish the Khilafah state. Make the rules of Islam the center of your focus not money as the compass that drives you.

The Khilafah is the only radical solution to solve all problems and crises not only for Muslims, but the whole world, we say this and we fully trust it. Khilafah is not an illusion or fiction because the Book of our Lord speaks of this and the Sunnah of our Messenger gave its details, and the Khilafah state of during the 13 centuries confirmed it.

It is enough for the people of Iman to erase the painful memory of the destruction of the Khilafah and stop those aspiring in their country, to work with Hizb ut Tahrir and give it the Nusra (victory) to establish the Khilafah on the method of Prophethood, to follow their ancestors who have supported Islam by establishing his ﷺ state in Al-Medina Al-Muawara. Let them respond to the call,

“O you who have believed, respond to Allah and to the Messenger when he calls you to that which gives you life.”