Zakir Naik is family, instead of asking him to leave we are obliged to protect him! 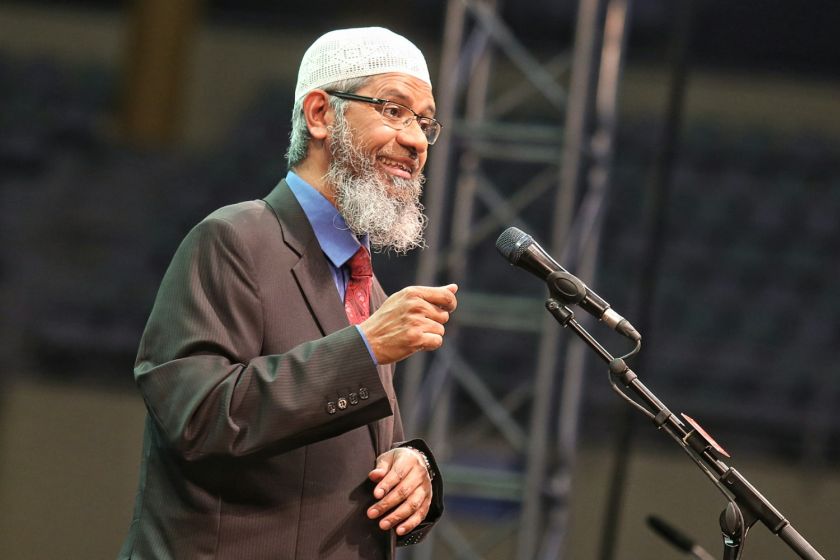 In an open letter to Zakir Naik published in The Star, Anas Zubedy wrote his views and numbers of reasons asking a controversial Muslim preacher Dr. Zakir Naik to leave Malaysia voluntarily.

The author (Anas Zubedy) representing the Malaysian Movement for Moderates gives a parallel about the unhappiness of family members against the presence of a foreigner invited by one of the family members. For this, he mistakenly identified Dr. Zakir Naik (DZN) as a foreigner though the hadith has mentioned that all Muslims are brothers.

The author has failed to adhere to the brotherhood of Muslims, instead succumbs to the bond of patriotism and nationalism which identifies Dr. Zakir Naik as being a foreigner rather than a Muslim bonded by the ideological bond. Thus DZN is a brother to every Muslims in Malaysia, and handing him to be oppressed by the oppressor is strictly forbidden (haram) in Islam.

Point number two, the author accuses that the presence of DZN is slowing the da’wa rather than accelerating it. Obviously he did not attend any of DZN lectures where tenths and perhaps thousands have converted into Muslims by just attending and having a dialogue with DZN.

Then at point number three and four, he claims that comparative religion does not work in Malaysia and non-Muslims are being bashed from giving their opinion, Again he has failed to understand the scope and approach of DZN. DZN does not enforce his beliefs on anyone which he dialogues.

The author also claims that the society is built on religious harmony, and does not acknowledge that fact that this country despite having a Muslim majority, is becoming more Islamophobic. The kuffar and “liberal Muslims” have denigrated Islam as being endemic, as said by of the SIS speaker in a conference, with over hundreds of police reports lodged against SIS.

While Islam bashing has stooped to a very low level in the social media, with arrests being made by the police against individuals who reviled the Prophet Rasulullah (SAW). Even Muslim women who practices covering by the hijab is discriminated in the work force especially in the private sector, while mosques have been thrown pig meat and pig heads as a sign of anger and insults towards the Muslim community.

The liberal newspapers, most of them are lslamophobic, in particularly, The Star issued an apology when and advert featuring breaking fast with pig meat, and not surprisingly that The Star also choose to print this open letter in the latest edition! While the moderates and liberals did not come to offer in defending Islam against such insults and discrimination, DZN lectures have largely defused Islamophobia by giving the correct understanding of Islam to Muslims and non-Muslims alike.

The liberals and kuffar are responsible for the rise of Islamophobia in the country, while portraying the country as peace and harmony being built for the past 60 years, even despite of the May 13 riots? The rise of Islamophobia in Malaysia could one day will turn this place into another Christchurch massacre when the liberals and moderate are idly watching and are contributing to that, while DZN and his group of da’wa carriers pursue actively to defuse the hatred and Islamophobia by giving the correct understanding of Islam for Muslims and non-Muslims alike.