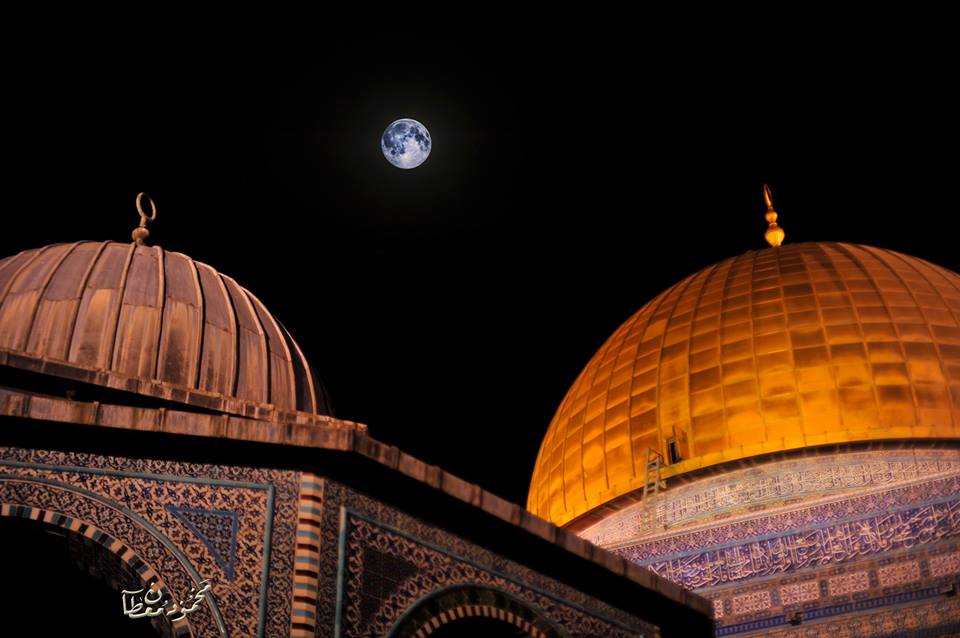 “The month of Ramadhan [is that] in which was revealed the Qur’an, a guidance for the people and clear proofs of guidance and criterion. So whoever sights [the new moon of] the month, let him fast it; and whoever is ill or on a journey – then an equal number of other days. Allah intends for you ease and does not intend for you hardship and [wants] for you to complete the period and to glorify Allah for that [to] which He has guided you; and perhaps you will be grateful” [Al-Baqara: 185]

In the name of Allah The Merciful; Praise be to Allah, Lord of the Worlds, the subjugator of titans, the Lord of The Great Throne,He who is knowlegdeble and kind to His servants. Peace and blessings be upon the final Messenger sent to humankind, the master of the sons of Adam, to whom the Book was revealed, he who has lived the blessed biography, the imam of the righteous Sahaba, and the leader of the best Ummah brought out to people, our master Muhammed, peace be upon him and upon his family and companions…

Bukhari reported in his Sahih from Muhammad Bin Ziyad that he said, “I heard Abu Hurairah (ra) say: that the Prophet (saw) said, or he said: Abu Al-Qasim (saw) said:

“Observe fast on sighting it (the new moon) and break it on sighting it. But if (due to clouds) the actual position of the moon is concealed from you, you should then complete the thirty days of Sha’ban.””

After investigating the new moon of Ramadan, this eve of Thursday, the sighting of the new moon according to the Shariah requirements is not confirmed, and therefore tomorrow, Thursday is the continuation of Sha’ban, and after tomorrow, Friday will be the first day of the blessed month of Ramadan for this year 1441 AH.

On this occasion, it is my pleasure to relay my greetings and that of the Head of the Central Media Office of Hizb ut Tahrir and all those working at the office to the Ameer of Hizb ut Tahrir, the eminent scholar Ata Bin Khalil Abu al-Rashtah, and to all the Muslims for this blessed month, asking Allah Almighty to redeem us from the Hellfire in the month of forgiveness and bounties.

The month of fasting has arrived while the world is consecutively entering the heart of a pandemic that is rocking its cradle. This ordeal has become a profound lesson about life in this world (dunya), and a costly affirmation of the weakness of humans, and a stark reminder that those who oppress the peoples of this world are not causing failure to Allah. Allah (swt) says:

“Never think that the disbelievers are causing failure [to Allah] upon the earth. Their refuge will be the Fire – and how wretched the destination.” [An-Nur: 57]

The pandemic came while the world is being led by snakes who are followed by petty rulers (Ruwaibidhat), and remedy is not characteristic of snakes, nor is proficiency from the nature of the Ruwaibidhat! We see the states floundering right and left, like the ones flipping on embers, does not know which side is less painful, and does not know which option is the less harmful to it!  Although the epidemic has emerged from a known country, from a known place and by a known route, and despite its journey recorded by media cameras, although its severity has been documented by the testimonies of the sick; and despite the fact that calls for caution from it have been proven by photos of mass graves … Despite all this, the West continued to watch the flood approaching it until it hit its capitals and spread to its people. If they had read the hadith of RasulAllah (saw) about the plague, they would have known how to achieve proficiency in the face of epidemics, and they would not need to lockdown their people in their homes, but Allah has passed His destiny on them and exposed their impotence and weakness.

“The example of those who take allies other than Allah is like that of the spider who takes a home. And indeed, the weakest of homes is the home of the spider, if they only knew.” [Al-Ankabut: 41].

O Muslims: O the Best Nation brought out to People

The Arab Spring was an indication that the Islamic Ummah has sufficient strength and solid will in order to get rid of the influence of the West and its agents. As for this pandemic, it has assured you that your enemy is weak in structure, weak in order, and that its people are tired of their deception, greed, and ill-care, and they are in dire need of a new global leadership. Therefore, let this blessed month be a month of gathering your energies, and a month of revival of your resolves, and then to work to save yourselves by restoring the methodology of the Prophethood to the systems of this world, and this will only be by the mobilization of your determination to restore the Khilafah on the method of Prophethood, and then to give this oppressed world hope for a decent life worthy of the children of Adam.

O Allah, Owner of Sovereignty, who in His Hand belongs the matter completely, hasten for us the unification of the Ummah of Islam in the Islamic state, You are the Hearer of supplication.

The eve of Thursday is the completion of the month of Sha’ban for the year 1441 Hijri.