Death of 11 Troops in Swat: Pakistan’s Armed Forces are not a Fuel for US Crusade 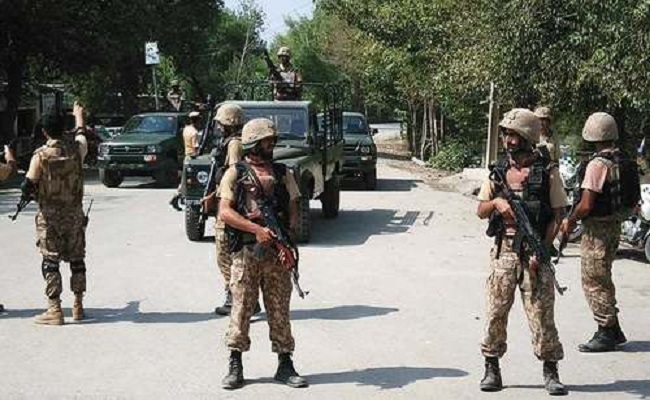 Hizb ut Tahrir/ Wilayah Pakistan strongly condemns the attack on Pakistan’s armed forces in Swat on 3 February 2018. May Allah (swt) grant mercy upon the departing souls of the soldiers and the officer. Pakistan’s rulers have allowed America’s CIA, FBI and private military networks to roam freely in Pakistan, including its most sensitive areas. Our troops were not passing through an ordinary road exposed to attacks, instead they were inside an army unit area. So, indeed, how did suicide bombers manage to get inside?

The reality is that America is facing severe humiliation at the hands of sincere Afghan mujahideen in Afghanistan. US forces do not have the vigor and courage to face sincere mujahideen so Washington wants to compel the armed forces of Pakistan to do more for the protection of US troops in Afghanistan. Thus, an old method has been revived, that of attacks on Pakistan’s armed forces, responsibility for which are claimed by shadowy organizations. This is all to compel Pakistan’s armed forces to conduct operations against the sincere mujahideen, under the guise of fighting these shadowy organizations. Thus, our armed forces are being prodded and forced to become fuel for the US crusade.

It is not for the sincere officers to be deceived by this old ploy, such that they sacrifice their lives for the protection of cowardly US soldiers. Abu Hurairah (ra) narrated that RasulAllah (saaw) said,

“A believer is not bitten from the same hole twice” [Bukhari/Muslim].

So, O Muslims in Pakistan’s Armed Forces, you must wholly reject the traitors in your leadership that speak on behalf of the US. You must not allow your sacred blood to be used as fuel for this US crusade anymore. Moreover, the real cause of instability and chaos in our region is the US presence and unless and until it is not removed from the region, our blood will continue to be spilled unnecessarily. Pressure from Afghan mujahideen has forced the US in to pleading for negotiations. So consider, dear brothers, if the US supply line were to be severed now, with Pakistan’s armed forces and intelligence agencies supporting the mujahideen in the same manner as they did against Soviet Russia, ejection of the US in humiliation from the region is a guaranteed outcome, InshaaAllah.

“So do not become weak (against your enemy), nor be sad, and you will be superior (in victory) if you are indeed (true) believers.” [Surah Aali Imran 3:139]