Hizb ut Tahrir America concluded its annual Khilafah conference “Islam: Our Deen, Our Dignity & the Only Hope for Humanity”

Hizb ut Tahrir America concluded its annual Khilafah conference in Lombard, IL on Sunday, April 23, 2017 under the title “Islam: Our Deen, Our Dignity & the Only Hope for Humanity“. The conference theme emphasized the importance of Islam as the source of strength and dignity for Muslims in America, how Muslims must uphold its principles, and how they must use it as the basis for political activism. In recent years, Muslims in America have found themselves increasingly under attack from both the left-wing and right-wing media, politicians, and activists. Islamic values, principles, and practices have been targeted and demonized to shame Muslims. There is a growing understanding among the Muslims in America that the challenges facing them can only be resolved by returning to the pure Islamic values and principles.

The conference program contained three speeches and concluded with a Question and Answer panel. The first speech, “Our Power is Owning Islam”, stated the necessity for Muslims to ‘own” Islam by being proud of it and upholding all of its principles. From a firm Islamic Aqeedah (creed) emanates the basis of a Muslim’s thinking, identity, and way of life – spiritual, social, economic, and political. And only through taking real ownership of this comprehensive Aqeedah can the Muslim liberate him or herself from the anti-Islamic narratives surrounding our community.

The second speech, “Falsehood Perishes, Islam Prevails”, addressed the false accusations against Islam as the source of perils in society, and how Islam, once implemented, will provide the solutions to societal problems. The speaker built on the centrality of truth in Islam, in forming one’s identity and in speaking truth to power in the world we live in today, which currently breathes heavy under the grip of Capitalism. Truth, as vividly expressed in the talk, “is what defines us. We are a people who subscribe to restrictions put before us by the Creator of man, life, and universe. We are a people who established a science devoted to examining the truthfulness of men. We are a people who believe the highest of ranks in the next life are for those who speak truth in the face of tyranny.” And ultimately, we are a people who “are working for an alternative that people of all backgrounds will point to and say, ‘I want that for my family’.”

The third speech, “Islamic Political Activism on the Path of the Prophet ﷺ”, emphasized the need to use Islam as the only source of political activism in the community, the country, and the world. For instance, in face of splintering and manipulative media attacks “our communities should sponsor events in our masjids, Muslim student groups, and other organizations for Muslims to support each other and proactively initiating events to propagate Islamic perspective. The speaker clarified the role of Hizb ut Tahrir in America in helping the community maintain their Islamic principles, communicating that we are here to “help the masajids, the communities, organizations like MSAs and such, which are all working for the same objectives but may have differing views, where we can help educate the Muslims in the details of the systems of Islam and their application in today’s society as well as to help present Islam as the only hope for humanity to the non-Muslim communities,” and the non-Muslims “who are truly waiting for an alternative to the failed ideologies of today.”

The conference concluded with a Question and Answer panel where the speakers answered questions from the members of the audience.

This conference is part of a global campaign carried by Hizb ut Tahrir held on occasion of the abolishment of the Khilafah, the Islamic System of Ruling, in 1924. It is a global call upon Muslims worldwide to stand up to their responsibility to reestablish the state of Khilafah (Caliphate) upon the method of the Prophethood.

Hizb ut Tahrir is a global, Islamic political party working to resume the Islamic Way of Life by reestablishing the state of Khilafah in the Muslim world. The party does not seek or attempt to establish the Khilafah in any of the western countries including the US. The party does not use or approve of militant means to achieve its goals. 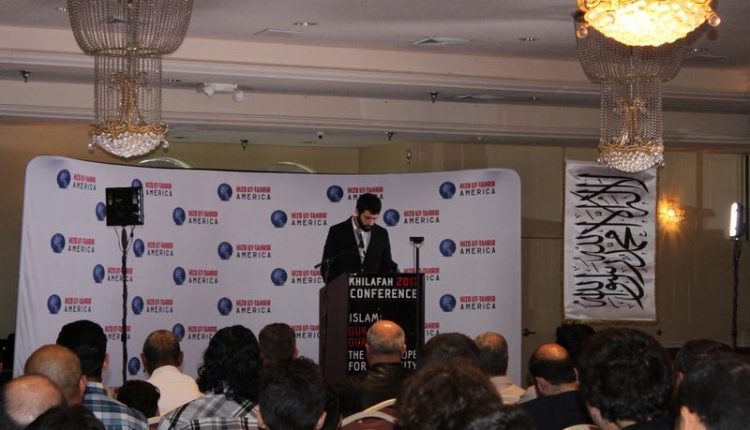 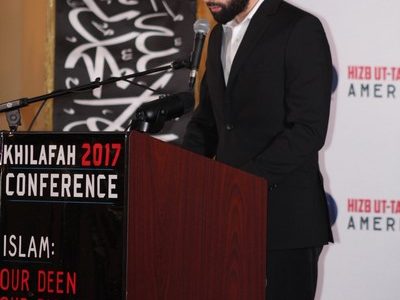 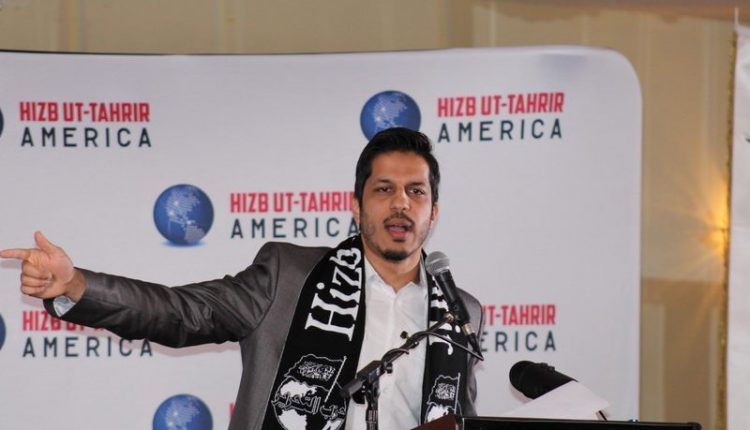 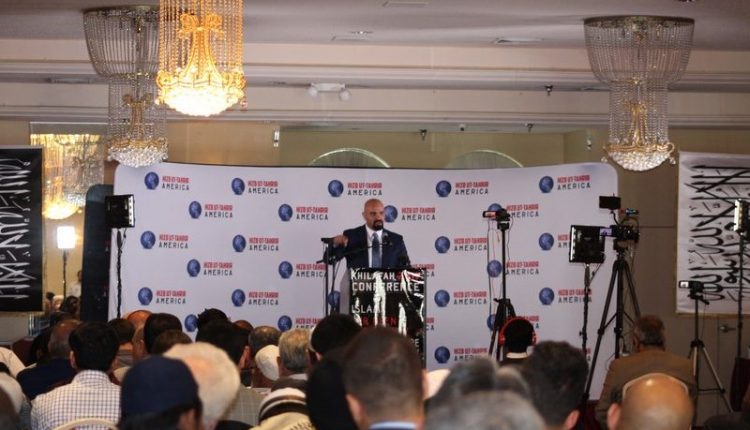 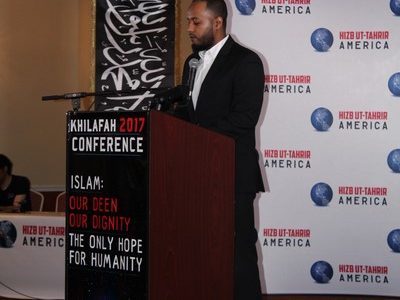 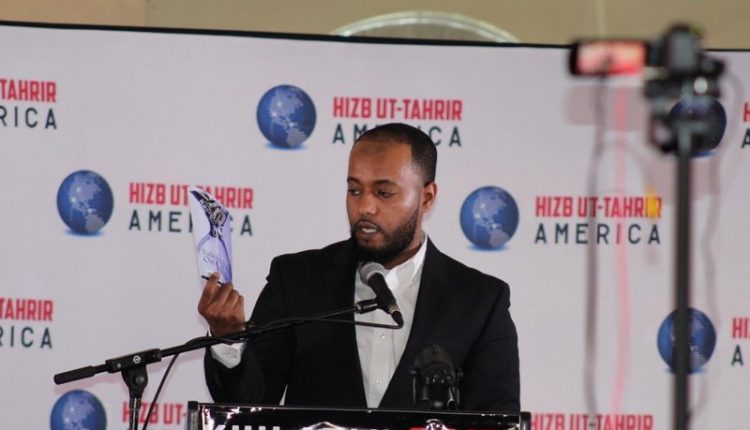 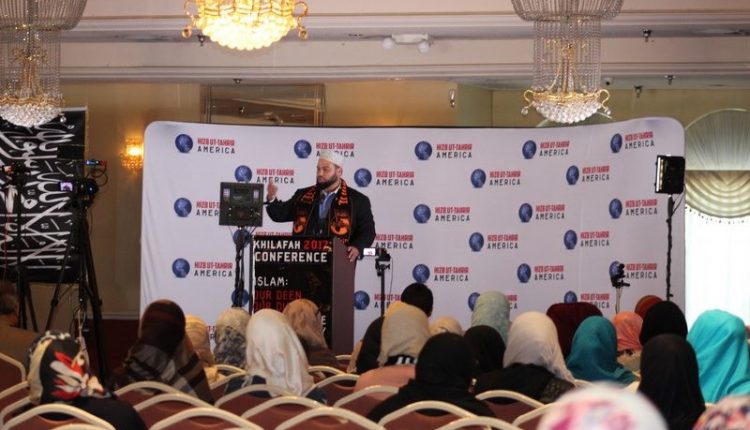 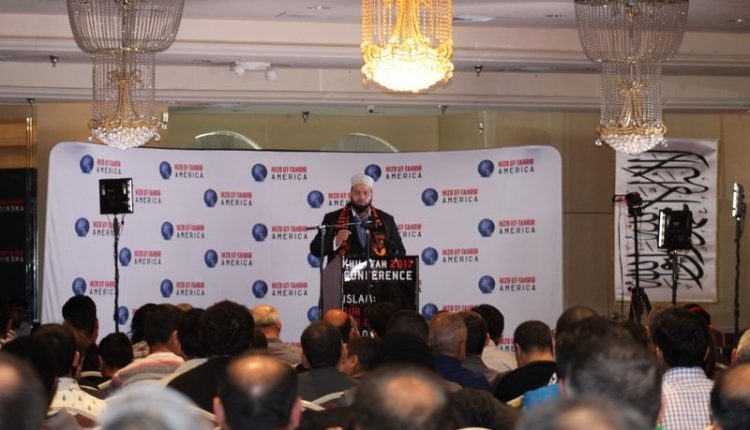