In the Manner of the Defunct Regime, the Transitional Government Seeks to Finance the 2020 Budget from the Pockets of the Simple People of Sudan 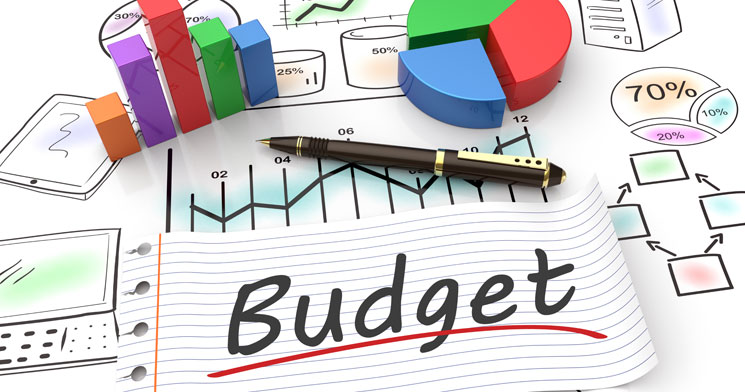 After evaporation of the transitional government’s dreams of financing the 2020 budget, through the conference of so-called Friends of Sudan, which was held in Khartoum on Wednesday 11/12/2019, the government resorted, in the manner of the defunct regime, to finance the budget from the pockets of the simple and the oppressed people of the country. Information Minister, after the special cabinet session, to discuss the budget for the year 2020, said: “The budget proposes to lift subsidies gradually on petrol and gasoline,” and was preceded by a member of the Sovereign Council, Major General Ibrahim Jaber, when he said in an earlier press interview: “It is imperative to lift gasoline subsidies, they are now making decisions about it.” (Sudan Tribune, 12/22/2019). The budget reported the following statistics: 65% of the population is below the poverty line, half of the population spends 75% of their income on food, the percentage of spending on treatment reaches 80% which the citizen bears out of his pocket, fuel subsidies cost 16% of the GDP, and revenue from taxes and customs in Sudan is only 6%, while the rate in African countries is 15%. As for government subsidies, it was during the year 2019: (3632 million pounds for health, 7226 million pounds for education, 33114 million pounds for fuel, and 22112 million pounds for wheat).

We in Hizb ut Tahrir / Wilayah of Sudan, regarding the budget numbers, explain the following:

First: The figures mentioned in the budget, which describe the reality of poverty, severe hunger, disease, and injustice suffered by the people of the country, are facts that must be subject to treatment with an ideological thought that honours the human being, and removes from him injustice, hunger, poverty, and disease. And this can only be achieved under a caring state, the Khilafah Rashidah (righteous Caliphate) on the method of Prophethood that applies Islam completely, and does not extend its hand to what is in the citizen’s pocket.

Second: As for the figures mentioned in the budget, to indicate that taxes and customs are low – according to the government’s opinion – compared to African countries, which requires an increase; this comes only from an ignorant enemy!! Because taxes and customs are the main reason for the crushing high prices, which is consuming people’s wealth unjustly, and it is forbidden by Shariah. On the authority of Uqba ibn Amir, who said: I heard the Messenger of Allah ﷺ said:

“He who imposes maks (custom duty) would not enter paradise.”

And his saying ﷺ:

“The property of the Muslim person is not allowed except by his own free will”.

Third: As for the figures mentioned, which describe the so-called subsidies, the Minister of Finance and his government must know that this alleged subsidies money is not from their homes, nor from the homes of their fathers and mothers, but rather it is the money of the parish, and the original is to be placed to take care of its affairs, he said ﷺ:

“The Imam is in charge (Raa’i) and he is responsible for his citizens.”

The transitional government that is devoid of any remedies, and its decision in the Cabinet and the Ministry of Finance, is overseen by experts of the International Monetary Fund (IMF) and the World Bank, was not thinking about the file of the economy outside the box of the capitalist ideology, so its solutions to the economic problem came from the womb of the crisis, an extension of the mentality of the defunct regime itself, to satisfy the Bretton Woods institutions for more usurious loans, seek to amend laws and remove obstacles to provide the country’s agricultural, animal and mineral fortunes on a plate of gold to international companies, under the banner of foreign investment, with full commitment to the IMF prescription, which is the vanguard of the world’s wealth-looting companies, and at the same time the gateway to the modern, greedy colonialism in our country!!

The most prominent items of the IMF prescription: the abolition of subsidies for goods and services, floating the currency, reducing government spending, and increasing taxes horizontally and vertically, which are the same prescriptions that the IMF imposed on the former regime, and the economic situation deteriorated catastrophically, so people rose and the regime collapsed, and now the transitional government is pursuing the same policy, which you will also perish it!!

The items of the IMF prescription only express the interests of Western disbelievers, who are keen to pay riba-based loans, which amounted 62 billion dollars!! The Minister of Finance, after taking oath, had talked about the concerns of the people of the country who are overwhelmed by the price fire, where he pledged to stabilize prices, and then begin to reduce them, where he said on 08/09/2019: “We will start implementing emergency measures to stabilize prices and alleviate the hardship of living”! Now, what happened three months after his false statement? The prices of goods doubled, and the minister, is inadvertent and reckless, preoccupied with the concerns of global money owners, at the Bretton Woods Institutions, seeking to lift subsidies and expand the tax umbrella, and it is no wonder, for such people are made for this!

O People of Sudan: The real change will not be achieved except by uprooting the Kaffir colonial West and its institutions from our country, and the start is by revealing these rulers who are driven by international organizations and embassies, and who do not envisage addressing any problem away from the hands of the Kaffir West and its organizations. We are an Ummah rich in its men and women, and its apparent and underground resources, and above that we are richer than all nations with our thoughts, our legislative wealth, and its solutions, whose source is the revelation; the Book of Allah, the Sunnah and what they guide to, and we are able to build an ideological state that liberates us from the colonialism of the Kafir West and its institutions, and its legislations and explode energies, in isolation from begging of the colonial Kafir West.

For the sake of the goodness of this world and the Hereafter, we invite you to work for the resumption of the Islamic way of life, by establishing the Khilafah Rashidah (righteous Caliphate) on the method of Prophethood, as it is the only guarantee of change and revival.

“O you who have believed, respond to Allah and to the Messenger when he calls you to that which gives you life” [Al-Anfal: 24]