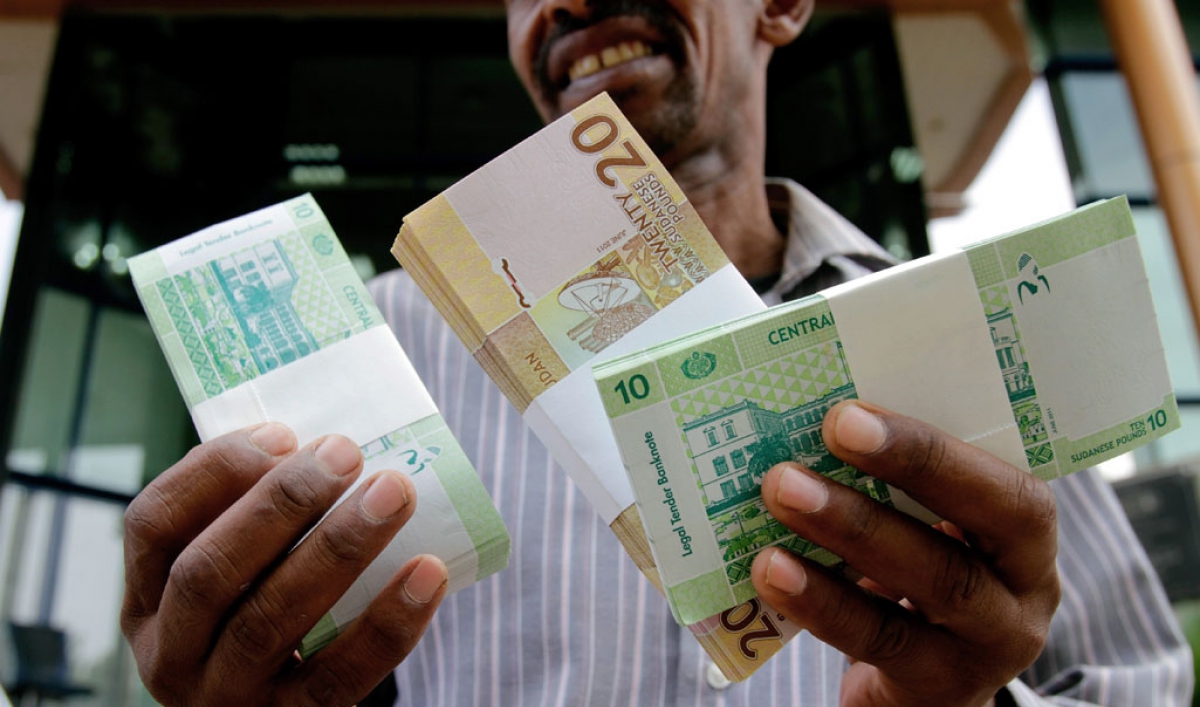 At a time when the people of Sudan live a harsh economic situation, suffer from high prices, and hardship of living, under high poverty rates of more than 46%, inflation up to 35%, and unemployment that has made people’s lives hell. Under this suffering, the so-called Government of National Agreement has come up with the budget for the year 2018 at a total amount of about 173.1 billion Sudanese pounds (SDG), with tax revenues, i.e., levies representing SDG 108.8 billion, equivalent to 63%. While external loans, borrowing from the public and the banking system were estimated at SDG 55.3 billion, representing 32% of the total resources. Furthermore, the Ministry of Finance announced an increase in the price of the customs dollar, from SDG 6.9 to SDG 18, an increase of about 200%, and the government has applied an increase in electricity prices, and liberalizing the price of wheat, under the pretext of lifting the alleged subsidy. Also, the Ministry of Finance said, that lifting the subsidy for gasoline is a red line, which implies that it will be lifted from the rest of the fuel (gas, benzene, etc.). To make matters worse, is the minister’s speech who threatens the people of what is worse than that, when he said: “Whenever it gets tighter we will be forced to take harsh measures!”

We in Hizb ut Tahrir / Wilayah of Sudan, we explain the following regarding this budget:

First: indirect taxes and fees, in their various names, are levies that are prohibited in Islam, because they are consiming people’s money unlawfully, due to the saying of the Prophet (saw):

“Properties of a muslim is prohibited (for the others to take) but by his willingness.”.

As for Customs, it is the maks, in which the Messenger of Allah (saw) said:

“He who imposes maks (custom duty) would not enter paradise.”

Not to mention the increase in the price of the customs dollar, which increases customs duties imposed on imports threefold, increases the value added tax, and other duties on goods by the same percentage. And because they are included in the prices of goods and cause them to raise, and that is Haram (prohibited) by the Shar’a due to what was narrated from Ma’akal ibn Yasar, that he said that the Messenger of Allah (saw) said:

“Whosoever was involved in any of the prices of the Muslims, so as to increase it for them it would be due on Allah to place him in a great fire at the Day of Judgement.”

All this is an affirmation that the state is a levying state, as confirmed by the Minister of Finance, who said, “The task of the state is to raise money from members of the society!”

Secondly, the so-called lifting of subsidies on goods and services, such as wheat, electricity, etc., is only a disavowal of the State of its Shari’ (legitimate) duty, entrusted by Islam, which is to take care of the affairs of the people, which necessitates the provision of food, clothing and housing for every person of its citizens, and to ensure the satisfaction of these basic needs, where he (saw) said:

“The ruler is a guardian and he is responsible for his subjects”.

In addition, the removal of subsidy, as is well known, is one of the International Monetary Fund’s recommendations, which shows a definite indication of the subordination and the subservience to the colonist institutions of the enemy, which do not regard any pact or honor in respect of us, and this is Haram (prohibited) by the saying of Allah (saw):

“And never will Allah (swt) give the disbelievers over the believers a way [to overcome them].” [An-Nisa: 141].

Thirdly, to cover the budget deficit based on loans; if they are internal loans than it is Riba (usury). And if they are external, then, above being Riba, it is the subordination to the lending institutions and countries; which is an example of political suicide, and falling into the the traps of the Kuffar, He (swt) says:

and the Prophet (saw) said:

“A dirham of riba which a man receives knowingly is worse than committing adultery thirty-six times.”

Fourth, this budget on both sides, revenues and expenditures, is thinking within the capitalist economy system, which inherited people miserable living, and pledged the wealth of the country to the Kaffir Western colonist, after sunking it with the benefits of riba-based debts, and impoverishing the country and the servants,

“And whoever turns away from My remembrance – indeed, he will have a depressed life and We will gather him on the Day of Resurrection blind..’” [Ta-Ha: 124]

And that the way out from this fatal cycle begins with a return to Islam, and taking the treatments from its provisions, so that the revenues and expenses of the state, are based on the Sharia, which subjugates people to the Lord of the Worlds.

O the people of Sudan: Successive governments, in their various names, will continue to thrash our backs with the whips of levies, and consume our wealth unjustly, by the so-called lifting of subsidy, and by riba, as long as these governments are far from Allah’s methodology and law, and we sit still! The only solution is to change on the basis of Islam, which is a duty on our necks, to engage in hard work to implement the law of Allah, by establishing the Khilafah Rashidah (righteous Caliphate) on the method of the Prophethood, which takes the money by its legitimate (Shari’) right and dispenses it in its Shari’ way. And it carries out the duty of tending to the Ummah, not imposing taxes, customs, and not tightening people’s livelihood, but provides them with food, clothing, housing and all that is related to the right of taking care of the people’s affairs. Thus, it extends goodness in the country, so that people live as honored servants by the grace of applying the law of Allah in the Earth, and carries it to the people, to get them out from the darkness of kufr to the light of Islam, and the Earth will shine with the light of its Lord. And that day the believers will rejoice in the victory of Allah.