Is Malaysia a Failed State? 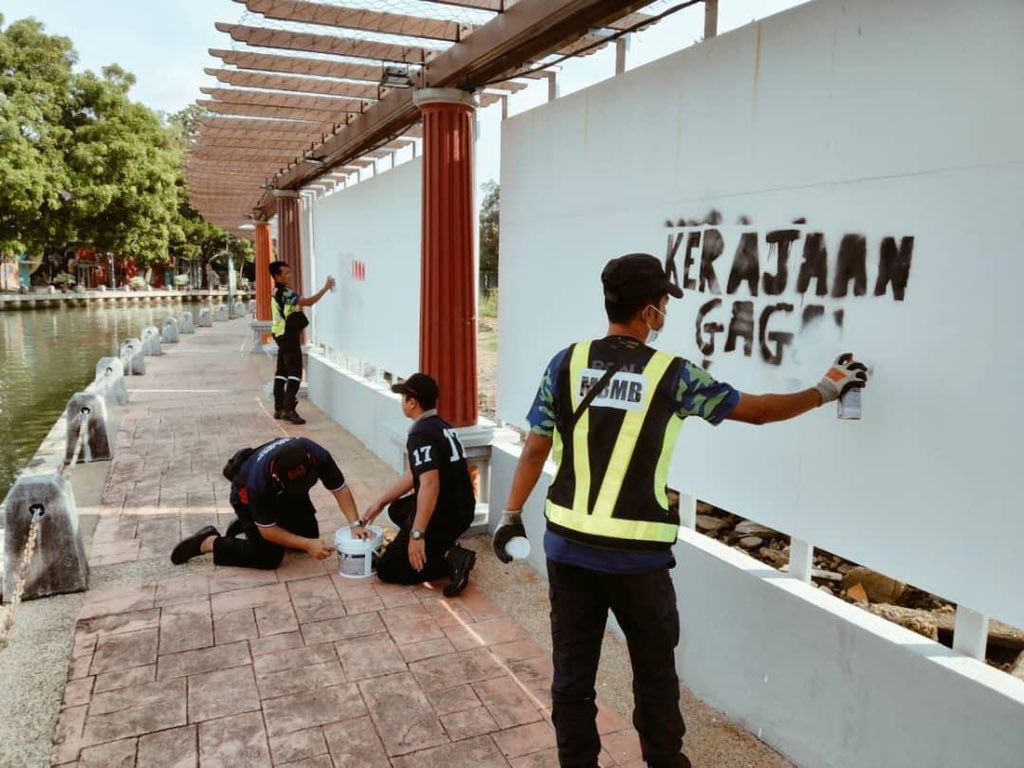 Lately, #KerajaanGagal hashtag has become a trend amongst Malaysian social media goers. #KerajaanGagal can be translated as #FailedGovernment. This trend moves in tandem with the ever-increasing cases of Covid-19 in Malaysia. The opinion is that the government continues to make blunder after blunder in their policies to solve the problems caused by the pandemic. Netizens do not seem to run out of ideas in creating memes and making fun of politicians who continue to flounder in their acts in public. The parliament sitting that begun on the 26th of July for the first time after many months only made the already ugly perception of Malaysians on politics even uglier. Netizens were quick to describe the first parliamentary sitting like a zoo. A shameful impression indeed.

Malaysian was once considered a country that had handled the COVID-19 pandemic successfully. Then, complacency creeped in. Politicians, in their selfishness bulldozed with the elections in the state of Sabah. COVID-19 SOPs were ignored and within two weeks, infections swelled and until today, cases continue to increase. It was from that moment that Malaysians begin to develop abhorrence on the politicians. Every single move made by the ministers is scrutinized and no secret, open or hidden is concealed from the public. However, to be fair to the government, there have been efforts to solve the economic woes of the people. The government did put money in the pockets of the needy, especially those who lost their jobs due to the pandemic, the vulnerable groups such as single parents and the B40 category. The government did provide wage subsidies for employers. The government did come up with the ‘bakul makanan’ (food basket) program to help the needy. Well, if the government is carrying out its responsibilities, why is the #KerajaanGagal still trending?

In an article published by freemalaysiatoday.com, a simple seven metrics assessment was carried out which concludes that Malaysia is not a failed state but is certainly moving towards it. According to the author, the seven metrics, which are defined by Encyclopaedia Britannica should tell us whether a state can be considered a failed state or not. Based on the author’s assessment, Malaysia partially failed in 5 of the metrics, namely; 1) the apparent weakness in the state’s ability to fulfil the administrative and organisational tasks required to control people and resources; 2) the fact that the citizens begin to develop the perception that the government is no longer legitimate; 3) increasing perception that the legislature, judiciary and bureaucracy have lost their capacity and professional independence when the toxic culture of politicking, manoeuvring and party-hopping seem to have taken precedence over the governing of the country ; 4) there is an environment of flourishing corruption where honest economic activity cannot thrive; 5) inability to provide for the representation and political empowerment of its citizens or protect civil liberties and fundamental human rights.

Obviously, these metrics are in no way absolute in ascertaining whether a state can be considered as a failed state or not. In fact, one can detect biases towards Western thoughts and culture forming the standards of several of the metrics. Nevertheless, the metrics do give a general picture of a ‘successful’ or a failed state. If we examine these partial failures, it is clear that problems appear because the current government of Malaysia is no longer effective, no longer trustworthy and lacks the integrity and the commitment to serve the people. Malaysia is moving towards the edge of a spectrum that defines failed states. The spectrum of ‘failed states’ exemplifies the situation we are facing today all across the globe.

All nations in today’s world, especially the Muslim nations, experience the lack of effectiveness, trustworthiness, integrity and commitment to serve because human beings, in their limited capacity, biases, whims, desires and selfishness are given the authority to solve the problems of humanity. And worse, they are allowed to get away with all the associated crimes from ‘solving the problems of humanity’. When a state implements Islam in its totality, the solutions to the problems of humanity springs from the Words of the All-Knowing Creator of man and universe. The forms of these solutions may have similarities to what man would have thought, but the framework within which they are implemented is tightly bound with accountability and obedience to Allah (swt). This is what truly forms the basis that demarcates failed and successful states. A failed state is a state that does not rule by what Allah (swt) has revealed. A successful state is a state that puts at the highest, Allah (swt) and His prophet (saw).

Written for the Central Media Office of Hizbut Tahrir by
Dr. Mohammad