Nothing New in the Latest American Policy on Africa! 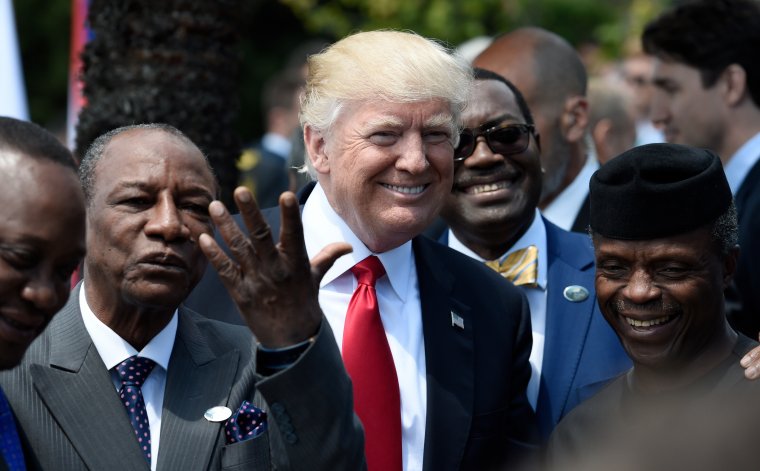 Donald Trump’s administration unveiled its so-called “New African Strategy” on Thursday, 14 December 2018, at the Heritage Foundation in Washington DC by the National Security Advisor, John Bolton. The said policy is anchored on three cornerstones: 1. Advancing US trade and commercial ties with nations across the region, 2. Countering threats of radical Islamic terrorism and violent conflict and 3. Re-evaluating peacekeeping role in Africa by not supporting unproductive, unsuccessful and unaccountable UN peacekeeping missions.

Once again, this policy confirms that Africa plays a crucial role in the schemes of the West. Since, from the word go the West views Africa as their colonial farm that is to be plundered and its people enslaved in all spheres of life including socio-economical, political and educational by the execution of the invalid secular capitalist ideology and its systems that emanate from it.

The launching of the policy is happening at a time when America has initiated a 21st Economic War against both its perceived and real enemies who include the European Union, China, Russia and their respective allies. America’s interests anchored on the so-called “Make America Great Again” slogan is what drives this war. The three policy cornerstones reflect the nature of relationship between Africa and America, as that of between a sub servant and a master. Since Africa is a consumer market for western products, whose raw materials originate from the colonial farm and so its trade is favoring the West over any other state. As for the war on Radical Islam, it is just a Western plot to hoodwink the masses that strict adherence to Islam is a threat to other religions. However, the true purpose for the attack on Islam and Muslims under the veil of fighting Radical Islamic terrorism and violent conflict; is to cast aspersions on Islam as an alternative ideology to the failed invalid secular capitalist ideology that has caused catastrophes to humanity across the world. As for the so-called “peacekeeping UN”, it is just another fallacy peddled by the American administration, the primary initiator of global wars by invading other countries either directly or via proxies so that it realizes its evil objectives.

The policy is not different from those of European Union, China, Russia and their respective allies in their viewpoint against Africa and especially the Muslims and Islam. As for Africa, it is their dumping site for their manufactured products and a source for cheap raw materials directly looted or via their bankrolled agent rulers! As for Muslims and Islam, they are a threat to the global status quo under the leadership of the secular capitalist ideology and its stinking systems emanating from it.  That is why for instance we have Muslims languishing in Russia prisons, incarceration camps in China, Guantanamo Bay detention camps under the United States and in countries under the European Union and their former colonies passing inhumane legislation against the so-called “Anti-Terrorism and Radicalism.” All those steps taking to ensure that Islam is not resumed as a complete way of life under the shade of the Khilafah (Caliphate) on the method of Prophethood.

We condemn this latest modified American policy on Africa because it ushers a new wave of scrambling for Africa against other great powers determined to challenge America in taking over of the African continent. At the same time, we call upon the African leadership to embrace the call for Khilafah so that it can realize its renaissance and cut off the exploiters’ ties.

Hizb ut Tahrir / Kenya reminds African leaders and politicians to be true to their people and to support the interests of their citizens. This will lead to refusing and denying the American colonial politics that have exposed new colonialism without concealing. How long will this continent which is rich in resources but the poorest in the world fulfill its potential? It is up to its leaders who surrendered their souls to colonialist agenda led by the Americans to abandon them and free themselves from subservience of evil ideology, by looking at alternative way of life that will bring back to people its dignity and protect their blood and resources. History will condemn you badly!

Hizb ut Tahrir / Kenya challenges thinkers and intellectuals who are true to their people to object colonialism today with their minds, tongues and their writings. Unveiling of this policy by America does not require a scholar to recognize the continuation of the plunder, abuse and plot against the continent. The plan itself has made it clear that it is in the interests of the American economic, political, security … under the call of ‘America first’ regardless of the impact it will bring to the entire continent of Africa. This is the reality of the colonial capitalist system, since relationships between big and small countries is a relationship of the Lord and his slave. No continent is more affected by this wicked system like Africa! Should you not look for an alternative ideology to save the people who are looking up to you, then your conscious will torment you!

Hizb ut Tahrir / Kenya reminds Muslims their role in propagating Islam as a way of life with real solution to problems facing mankind and accounting the leaders who are aping everything from the west to the extent of destroying their countries and people.

“And when it is said to them: ‘Create not disorder on the earth,’ they say: ‘We are only promoters of peace.’ Beware! it is surely they who create disorder, but they do not perceive it.”