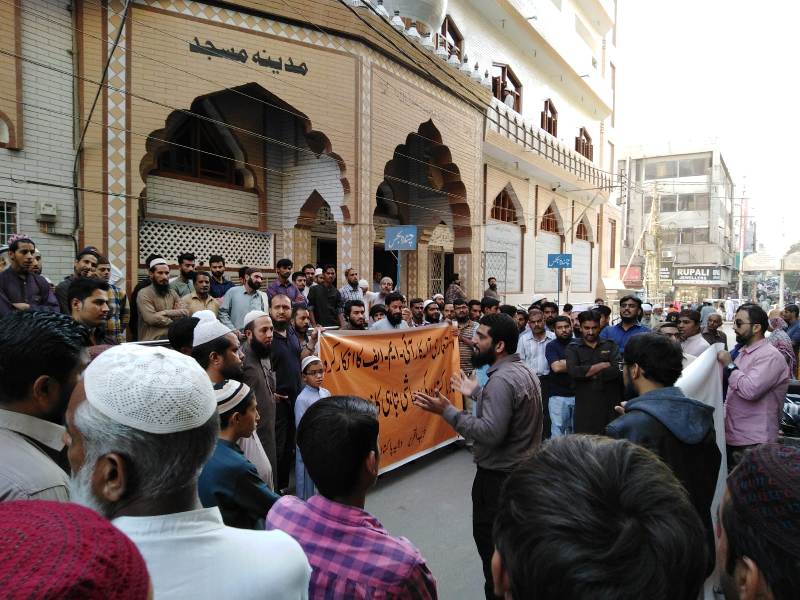 The new rulers of Pakistan have announced a return to negotiations with the International Monetary Fund, the IMF, in November 2018. They seek aid, with interest and conditions. On 13 October 2018, the Finance Minister, Asad Umar, said, “We are going [to the IMF] for the 19th time and we wish that it is the last time we do so.”

However, it is a fact that the IMF is a colonialist tool that never allows the country that receives loans to stand on its feet. This fact was acknowledged by the new rulers of Pakistan, well before they came to power. In an interview published in the British newspaper, The Guardian, on 18 September 2011, Imran Khan warned, “A country that relies on aid? Death is better than that. It stops you from achieving your potential, just as colonialism did. Aid is humiliating. Every country I know that has had IMF or World Bank programmes has only impoverished the poor and enriched the rich.”

The IMF is the colonialist successor to the notorious British East India Company that impoverished the Indian Subcontinent, a region which was immensely rich whilst it was under Islamic rule. Today, the IMF is the institutional guarantor of Western economic dominance over the rest of the world. It imposes economically destructive conditions on countries, preventing their rise as competitors to the Western states.

The IMF insists on the weakening of the local currency, which directly increases the prices within the country, manifested as widespread and relentless inflation. Buying becomes more expensive, as does agricultural and industrial production. It insists on increasing the costs of power and fuel, so it is more expensive to produce and transport goods. It insists on increasing “regressive” taxation, like General Sales Tax (GST), which is applied upon everyone, without consideration of hardship.

To perpetuate the downward spiral of the local economy, the IMF insists on the privatization of the large sources of revenues for the state treasury. Thus, the state becomes more reliant on taxation and colonialist loans. The privatization drive is sold on the flawed idea that the state can never manage large sources of revenues efficiently. However, these same enterprises are then handed over to private interests who are able to extract billions in profits, whilst the state is left to hammer the local economy into the ground with taxation and then beg from the East and West for loans. Moreover, the colonialist loans come with the evil of interest, which ensures that nations remain in debt, even when they pay back the original principles of loans many times over.

Then, having successively weakened the state and local production, the IMF insists on low import duties for Western goods, Western access to the local markets and resources, as well as measures to take profits back to the West as much as possible.

The plunge into the abyss begins with a single slip. It is upon us all to raise our voices now against the regime’s negotiations with the IMF, the colonialist tool that orchestrates Pakistan’s economic destruction. It is not allowed for us to grant the kafireen domination over our affairs, for Allah (swt) said,

“…and Allah does not allow the Believers to grant the kafireen authority over them” [Surah An-Nisa: 141].

It is not allowed for us to refer our affairs to an entity that rules by other than Islam, for Allah (swt) said,

“Have you not seen those who claim to have believed in what was revealed to you, [O Muhammad], and what was revealed before you? They wish to refer legislation to Taghut, while they were commanded to reject it; and Satan wishes to lead them far astray.” [Surah an-Nisa’a 4:60].

The Bajwa-Imran regime is marching off in the same direction as the regimes before it, leading the country to economic ruin and increased domination by the Western colonialists. It is upon you now to halt this march to destruction, with the strength that Allah (swt) has granted you and will hold you to account for, when you are presented before Him (swt). Remembering your brother-in-arms who preceded you in establishing Islam as a state and a rule in Madinah, grant Nussrah for the re-establishment of the Khilafah (Caliphate) on the Method of the Prophethood now. Remember well, dear brothers in Islam, those who gave the material support (Nussrah) to RasulAllah (saaw), such as Saad bin Muadh (ra). When Sa’ad (ra) died, his mother wept and RasulAllah (saaw) told her,

“Your tears would recede and your sorrow be lessened if you know that your son is the first person for whom Allah smiled and His Throne trembled.” [At-Tabarani].

This alone is how you will rescue your people from destruction, whilst earning the good pleasure of Allah (swt).