Democracy Allows Rulers to Sink Pakistan in a Debt Trap 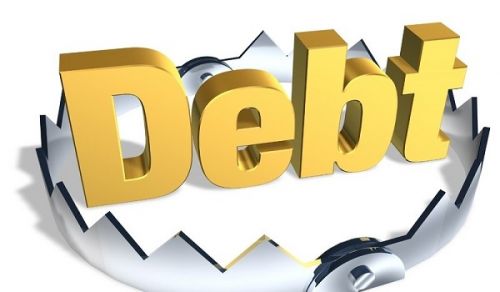 The rulers of Pakistan not only lied about their efforts to break the begging bowl, they worked with the IMF to sink Pakistan head first into a debt trap. Pakistan’s external debt liabilities have soared to $88.9 billion, whilst the State Bank’s foreign exchange reserves have plummeted to $11.9 billion. This is before the high interest commercial loans taken for CPEC start becoming due. Already, not only is the lion’s share of Pakistan’s budget spent on paying back debt, Pakistan is now mostly borrowing to pay back previous debt. Thus, under IMF supervision and approval and with the full blessing of Democracy, the government first took excessive interest based loans to artificially build up foreign exchange reserves that it could boast about. It then choked and crippled domestic agriculture and industry, which led to plummeting exports and intensified dependence on foreign imports, which put further pressure on foreign exchange reserves. The wretched rulers choked our industry with heavy taxation, crippled it earlier with electricity shortages and then with expensive electricity. So, like the Musharraf and Zardari regimes before it, the current regime is drowning Pakistan in interest based debt to present a vote-winning illusion of improved economic performance by just taking loans. Not only is the regime engaged in the grave sin of paying Riba (رِّبَا interest), interest is the reason that like all other indebted nations, Pakistan has paid back the original principal of loans but is still in huge debt.

It is Democracy’s allowance of treaties with colonialists that led to the current debt addiction. The web of colonialist interest based loans is a deliberate colonialist mechanism for replacing military-imposed formal colonialism with hidden economic and political colonialism. The colonialists, whether American or Chinese, collaborate with corrupt rulers to push countries into taking excessive loans for projects, such as CPEC, that colonialist economies benefit from, whilst ensuring destruction of the local economy through conditions on those loans. Thus, at huge costs to Pakistan, Pakistan’s rulers collaborated with their colonialist masters to ensure; long-term customers for the colonialist banking industry, employment for colonialist consultancies and firms on loan-approved projects, direct colonialist contact with politicians and bureaucrats to influence them, economic and political leverage through debt support, increased colonialist ownership of Pakistan’s immense resources and increased colonialist dominance of Pakistan’s markets.  Clearly, Democracy will never allow Pakistan to escape from either the debt trap or dependency on interest based loans, whether under the current rulers or future ones. So why must we be stung by Democracy again? Nothing short of the complete implementation of Islam through the Khilafah on the Method of the Prophethood will ever break the begging bowl. Islam compels the government to conform to the Quran and Sunnah in income and expenditure, and this is the real solution to government financial management.

The Khilafah really will smash the begging bowl. The Khilafah will rally the indebted nations to reject further repayment to colonialist financial institutions on the grounds that principals have been paid, but countries remain in debt due to the evil of interest. Allah (swt) said,

“They say that Riba is a form of trade. But Allah has permitted trade and forbidden riba.” [Surah Al-Baqarah 2:275]

The Khilafah will abolish all treaties with the belligerent colonialist Kuffar, preventing their dominance over our affairs for Allah (swt) said,

“and never will Allah give the disbelievers over the believers a way [to overcome them]. [Surah An-Nisa’a 4:141]

The Khilafah will abolish foreign and local private ownership of Pakistan’s immense energy and mineral reserves, which are valued to the order of hundreds of billions of dollars. Islam has mandated these as public property, whose entire benefit is to be spent on our needs. RasulAllah (saaw) said,

Through the abolition of the capitalist stock share company, the Khilafah will end the dominant private ownership of capital intensive enterprises, such as heavy industry, large scale construction, transport and telecommunications, Instead, the Khilafah will implement Islam’s own unique company laws, that limit the scale of private ownership of capital intensive enterprises, allowing the state to dominate large scale sectors, so that it is better able to look after the people’s affairs and prevent wealth becoming concentrated in the hands of a few. Allah (swt) said,

“So that the wealth does not circulate solely among the wealthy from amongst you.” [Surah Al-Hashr 59: 7]

Thus, Khilafah will not only prevent the need for colonialist loans, it will end the burdensome taxation on our needy and destitute that Shariah has forbidden in any case. RasulAllah (saaw) said,

“The collector of illegitimate taxes will not enter Jannah” [Ahmad]

So, it is high time that we re-established the Khilafah on the Method of the Prophethood so that our people can fully benefit from our resources in the light of Islam.