The Islamic View on the Presidential Elections in Russia 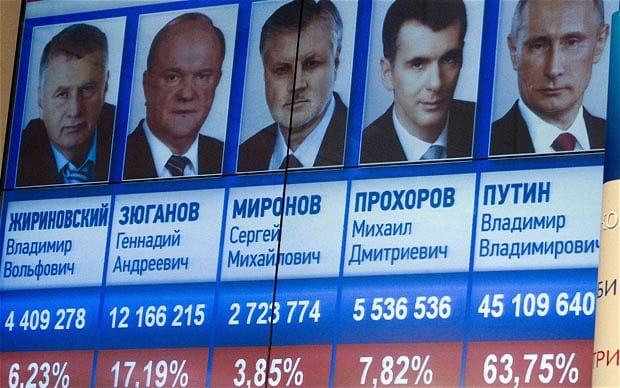 On the occasion of the presidential elections in Russia, calls were made for Muslims to vote for this or that candidate. The representative of the so-called “official spirituality” and government officials, unashamed before Allah or the believers, call for the support of the current president Vladimir Putin, and others call for voting for the leader of the Apple Party, Grigory Yavlinsky, on the grounds that he will withdraw Russian troops from Syria. There are also calls for boycotting these elections because they do not consider it democratic, and because it does not allow the real opposition to access to power. One way or another, all forces want to exploit Muslims to get what they want. Muslims, however, have no choice on this matter as Allah (swt) has commanded:

“It is not for a believing man or a believing woman, when Allah and His Messenger have decided a matter, that they should [thereafter] have any choice about their affair” [Al-Ahzab: 36].

Allah forbade, in the tongue of the Prophet (saw), adopting a legislative system other than Islam. Allah (swt) says:

”Legislation is not but for Allah. He has commanded that you worship not except Him. That is the correct religion, but most of the people do not know” [Yusuf: 40].

“But no, by your Lord, they will not [truly] believe until they make you, [O Muhammad], judge concerning that over which they dispute among themselves and then find within themselves no discomfort from what you have judged and submit in [full, willing] submission” [An-Nisa’: 65].

Allah (swt) has linked Islam with Shariah; that is, Muslims cannot choose between the rules of Islam and non-Islam. Therefore, since none of the candidates for the presidential elections have offered to rule Russia by the Islamic rules, and they are not Muslims; therefore, it is forbidden to participate in such elections because any vote for any of the candidates will only be a victory for the laws that Allah (swt) has forbidden, Allah (swt) says:

“Then is it the judgement of [the time of] ignorance they desire? But who is better than Allah in judgement for a people who are certain [in faith]” [al-Ma’ida: 50].

“The decision is only for Allah. He relates the truth, and He is the best of deciders” [Al-An’am: 57].

The fact that Muslims living in Russia or in any other country in the world are deprived of the opportunity to elect a president according to the Islamic law, it does not make democracy legitimate in any way, nor does it make adopting another legislative system permissible. Hence, Muslims today are sinners if they do not seek the means to work for the establishment of a state that will be purely ruled by Islam.

All this is the duty of Muslims as a group. In order to establish this state, there must be a political party that unites the Ummah to work in this vital work. Everyone knows that this is what Hizb ut Tahrir (the Islamic political party) is doing. We invite all Muslims to join it in its work. By getting to know the culture of the party, it will become clear how this party calls for Islam as an intellectual leadership, which draws from it a system capable of solving the political, social, economic, educational and other problems facing humanity. Whoever studies the culture of the party will understand clearly that Islam is not limited to rituals of worship, but it is a Deen (a way of life) for life that requires implementation. Allah (swt) says:

“And cooperate in righteousness and piety, but do not cooperate in sin and aggression. And fear Allah; indeed, Allah is severe in penalty” [Al-Ma’ida: 2].