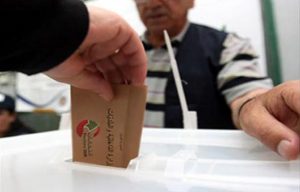 Announcement of the municipal elections results in the north zone brought the election season to an end, which took almost a whole month. This season involved coalitions, results, and repercussions of political connotations, which we will pause and discuss with you.

The highlight of this season is the turning point of the major powers in the country from using confrontation policy in the elections, to the use electoral consensus policy in the major cities: Beirut, Tripoli and Sidon, which are predominantly Muslim cities. After the political class involved the people of Lebanon in the whirlpools of violence and sectarian mobilization for more than ten years, especially in election seasons, these powers in the political class decided to ignore their differences, even tried to cover up its bloody history through the municipal elections card, to agree together on the list of candidates of the municipal councils in those cities, to impose them on the people, bypassing their will and right to choose who they want to run their municipalities. These lists contain the names of opponents; no one would have imagined before that they will meet together in one alliance!

The explanation for this is clear: that the forces making up this class realized in recent years that they lost the rest of their balance in public opinion, and that the elections may bring to the arena new faces competing with them for the leadership of the street, so they decided to collude together for a common interest, namely: the monopoly and claiming the street and cling on to the domination of the people.

But the people have realized this fact, and expressed their revulsion in their reluctance to participate in the elections, which reflected on the very low turnout in the main cities, especially in the capital, Beirut. It was striking how the collusion of the political class in this season, they were not interested to raise the proportion of voters, but on the contrary, some of their spokepersons stated that they are betting on a decline in the proportion of voters, so that they do not give away the game. And they got what they wanted in Beirut, Sidon and elsewhere. But this “legal victory” concealed behind it a huge political defeat. The proportion of low-ballot including the counting of votes for candidates from outside their lists, resulted in the conclusion that the political class took over the municipal councils with votes not exceeding ten percent of the electorate, as well as the rival candidates to their list won in spite of the low turnout a significant number of the votes nearing forty per cent in Beirut and Sidon. This reality applies to many areas even on areas dominated by known historically and traditionally.

However, the biggest surprise was in Tripoli, which slapped the political class a painful and resounding slap, by dropping its list of candidates of the municipal council, in spite of the low turnout, with barely was more than a quarter of the electorate, and in spite of the meeting the majority of traditional political forces, and in spite of the political money made to buy the votes of people cheaply with few dirhams. The most prominent form of disguised bribery is one represented of an army of thousands of delegates from young men and women. On top of this partnership between the political class and a number of big capitalists who dream of infiltrating the municipalities through elections to strengthen their material interests. Although the ballot in Tripoli was a punishment for the political class and the declaration of the beginning of denouncing them or some of them, after they witnessed firsthand the deception  and trading with them and insulting their dignity by the political class, but the traditional leaders’ control – the result of aging political class – that still exist due to the absence of those who represent the real interests of the people away from the influence of the traditional politicians and their regional and international masters.

In conclusion, these elections revealed clearly and without any doubt, especially in Muslim areas, that  majority of people do not believe in the aging political class, either through their expression to ignore the ballot, or by voting for new candidates from the non-followers of this class, or for those  who speak against this class, even superficially, this is the first matter. While the other is, that the real demand of the people became their desire for radical treatment that represents them, it became clear that many of the people of Lebanon either realized it by experiencing it or by being affected by what is happening around them, which revealed the truth of the conflict.

You have sensed firsthand that the so-called political life in Lebanon is nothing but a hoax, and that the “game” of the elections is in the eyes of political feudalism, as only an additional means to ascend your backs and trade with your fate, wealth, and security.  When they decide confrontation in the elections and others they injected souls and mobilize their followers across the sectarian rhetoric and sectarian incitement, and by contrast, when they decide to share “chairs” and others among them by consent, to stop those who can penetrate their political conservation, so they raise the slogans of harmony and consensus and to spare the country the repercussions of electoral battles! In both cases, they look to the public as herds that can be led however they wish.

As we salute the will of the people who showed some initiative to shake their hands of this rotten political class, particularly in Tripoli, which slapped them on the face, and turned on the table on them.  We should also point out the need, rather the obligation to renounce those who are left of them, and  we warn that real change cannot be through the acquisition of municipal councils. Municipalities are not only but a part of a corrupt political system, controlled by forces linked their will to the regional and international powers, that have no respect for any covenant or kinship with us, and do not care in any way about our interests, our security, and our dignity. The aging political class in all its forms and without discrimination were not going to take the initiative for this election without the consent of its international masters to feel the pulse of the street and its direction, especially that Lebanon is viewed as an integral part of what is happening in the region in general and Ash-Sham in particular.

But the truth remains that Lebanon is a failed entity that is not fit to be a state, and its situation will not improve except by the improvement of its surroundings, and its return as part of its surrounding, as it was in history for hundreds of years, an integral part of Dar al-Islam and the Khilafah State. Do not fall for the calls for separating from the Ummah and its issues, particularly its vital issue: liberation from tyranny and tyrant systems, and restoring the sovereignty to the rules of Allah represented by the righteous Khilafah (Caliphate) on the method of Prophethood, and to restore the stolen authority to the Ummah in the vast Islamic lands.

“And [Allah revealed] that if they had remained straight on the way, We would have given them abundant provision”