The Naya (New) Pakistan Experiment has proved Democracy is Unfixable.

Is it not now the Turn of the Khilafah (Caliphate) on the Method of Prophethood? 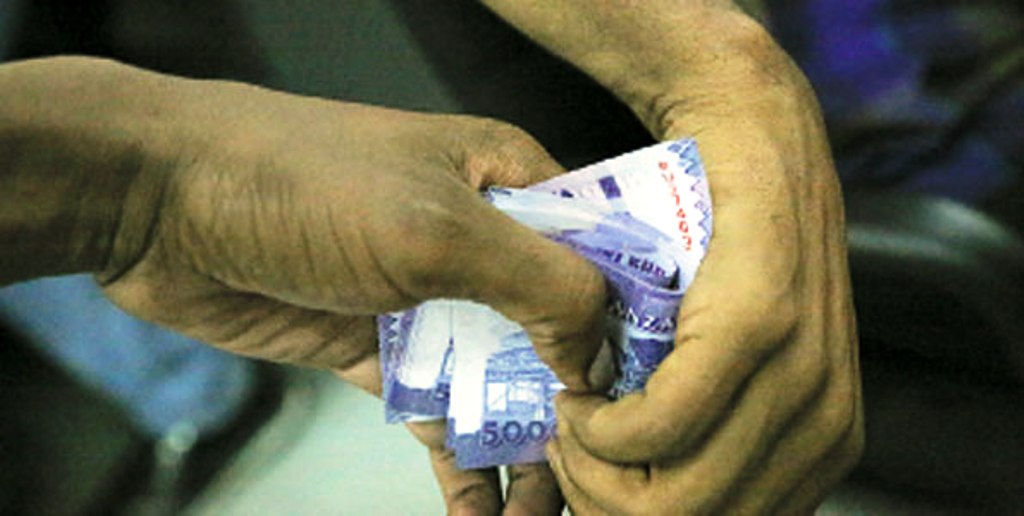 How has the latest experiment to fix the corrupt and rotten ruling system in Pakistan performed so far, well over a year later after it began? What of the promises of the experiment of Naya (New) Pakistan, to end corruption and alleviate poverty? Should we now give Democracy even more time, or is it already clear that it is now the turn of the Khilafah (Caliphate) on the Method of the Prophethood?

As for corruption, the corrupt continue to retain a firm grip of their vast financial empires, whilst the regime’s promise of recovering hundreds of billions of rupees lies discarded, torn to pieces. Some of the corrupt of previous regimes have jumped into the rows of the current regime, whilst we protest that the regime’s “team” is flawed. And yet others from the corrupt are clamouring for their chance to enter the current system again, as they know Democracy will secure their personal fortunes, as it has done for decades. The judiciary of Democracy secures the oppressors, as can be seen in the cases of Musharraf, the Sahiwal incident and Raymond Davis, whilst the oppressed are dragged through courts for decades, with no justice in sight. Indeed, the Naya Pakistan experiment has proved that the current system cannot be fixed because Democracy is a factory for corruption and injustice, which is witnessed the world over.

To truly end corruption we must look outside of Democracy, to our great Deen, Islam, and our ruling system, the Khilafah. RasulAllah ﷺ said,

“Whomever we appointed in his job and we provided him (some funds), so whatever he took unduly would be ghalool (misappropriation).” (Abu Dawud).

Any excessive increase in the personal wealth of the rulers during ruling is simply taken by the judiciary of the Khilafah and put in the state treasury, swiftly and easily. Islam thus firmly closes the doors to corruption shut, as the state’s laws are not made according to the whims and desires of assemblies filled with the corrupt, but must be in strict accordance to the Kitaab of Allah (swt) and the Sunnah of RasulAllah ﷺ. Allah (swt) said,

“And judge between them by what Allah has revealed, and do not follow their desires, and beware (O Muhammad) that they might seduce you from some of what Allah has sent down to you.” [Surah Al-Maaida 5:49]

As for poverty, Democracy is the open door for oppressive IMF policies that forces us into ever worsening hardship. Hundreds of thousands fell below the poverty line within a year of the current regime, with hundreds of thousands more expected to fall below it before the next year. Tens of thousands lost their jobs as businesses collapsed or teetered at the edge of collapse within the first year, with tens of thousands more expected to lose their jobs within the next year. Huge taxation is being imposed upon those who are already drowning in poverty and hardship, whilst the corrupt ruling elite are given tax amnesties and colonialist companies are granted tax exemptions. Democracy is drowning the country in even more interest based loans, such that over half of all taxation revenues are now being used to pay just the interest on loans, let alone the principal amount.

To end poverty, we must also look outside of Democracy, to our great Deen, Islam, and our ruling system, the Khilafah. Our Deen would ensure plentiful revenues for the state treasury from large scale state enterprises, energy and minerals. The Khilafah will ensure the state’s dominance of the capital intensive industries, such as large scale manufacturing, transport, construction and telecommunications, for the Sunnah of RasulAllah ﷺ established the ‘Inaan, Abdaan and Mudarabah company structures that naturally limit the scale of capital available to private companies. The Khilafah will also ensure that the revenue generated from the energy sector and minerals is spent upon the entire public, rather than benefiting a few through privatization, for the Sunnah of RasulAllah ﷺ establishes that they are public property. RasulAllah ﷺ said,

O Muslims of Pakistan, the Pure, the Good!

Democracy has proven over decades, all over the Muslim World, that it cannot be fixed and must now simply be discarded. The Ummah is impoverished even though it has the lion’s share of the world’s resources under its feet. The Ummah is attacked, persecuted for its Deen and suffers brutal occupation of its lands, by enemies who can be easily defeated, in Occupied Kashmir and Palestine, despite the fact that the Ummah collectively has well over three million willing and able troops. Indeed, Democracy is the hole from which the Ummah is stung repeatedly and it must never be approached ever again. RasulAllah ﷺ warned,

“The believer is not stung from the same hole twice.” [Bukhari, Muslim]

It is upon us all to work with Hizb ut Tahrir now in its struggle to restore Islam as a way of life, for it is the only sincere and aware leadership that calls for the abolition of Democracy and the re-establishment of the Khilafah. Only then will we see the end of the rule of force and tyranny and the return of the ruling by all that Allah (swt) has revealed.  Ahmed narrated that RasulAllah ﷺ said,

Democracy, the guardian of corruption and oppression, continues today only because traitors in your leadership have only ever used your strength in support of man-made law. How do you accept such abuse of your strength, O you who have taken oath before Allah (swt) to protect the country and its people?! RasulAllah ﷺ established the Islamic State in Madinah by securing Nussrah (Material Support) from your predecessors in war, fire and steel, the fighting men of the Ansaar. So it is upon you now to grant your Nussrah to Hizb ut Tahrir for the immediate restoration of the Khilafah (Caliphate) on the Method of Prophetood, seizing the corrupt at the height of their oppression, earning the pleasure of Allah (swt) and averting His punishment upon you. RasulAllah ﷺ said,

“If the people witness an oppressor and they do not take him by his hands (to prevent him) then they are close to Allah covering them all with punishment.” [Abu Dawud, Tirmidhi, ibn Majah].