Watery Diarrhea and the Fact that the State is Incapable of Caring for People’s Affairs! 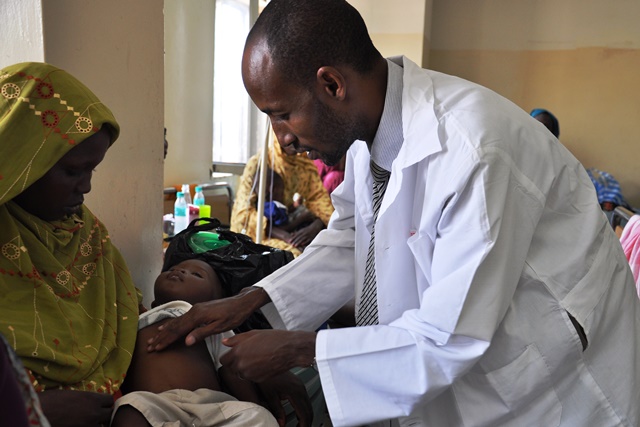 The incidence of watery diarrhea in Sudan reached alarming rates in the White Nile State, the infection cases reached 4188, including 75 death cases. In the state of the Nile River, the area of Al-Greif witnessed 157 cases. In Khartoum state, the Ministry of Health revealed in a press briefing yesterday, on Tuesday, that the state hospitals received 120 cases of water diarrhea, pointing out that water pollution is often the first cause of water diarrhea, viral gastroenteritis.

Taking care of people’s health is a basic duty that must be enjoyed by all citizens, the Messenger of Allahﷺ:

“Whoever wakes up secure in his family with a healthy body, having food for the day, it is as if the entire world is given to him” (Narrated by al-Tirmidhi and others).

And it is well known that the provision of health care, and clean water to the citizens, is one of the fundamental duties of the state. The Prophet ﷺ said:

“The Imam is the shepherd of the people and is responsible for his flock.”

The state in Sudan has made the health of its people and care for their affairs its last priority, allocating only 5.3 million Sudanese pounds to the health sector in the 2017 budget. This government is interested in spending on the large armies of parliamentarians and ministers, holding celebrations and ceremonies for its members, and turning a blind eye to attention to its duties, including the provision of health care.

We in Hizb ut Tahrir / Wilayah Sudan warn the Government of the Sudan not to take lightly the rights of the people that are obligated upon it of the provision of safe drinking water, the restoration of the environment and the provision of free treatment. These are the least of what respectful states provide to their citizens compared to what they reap from them of haram taxes and levies!

The Khilafah (Caliphate) State on the method of the Prophethood is the effective remedy for all these problems and disasters, because it is the state of care that implements the provisions of Islam, and the ruler is the first to starve, the last to become full, and the first to respond to crises. The Prophet, peace be upon him, said:

“The Imam is but a shield, behind whom the Muslims fight and by whom they are protected.” (Agreed upon)

It is in this State the radical solution to all the problems we suffer from in our country, including the health crisis that the country is going through these days. So, the good people of Sudan should work with their sincere sons to establish the Khilafah state on the method of the Prophethood, to address their problems and improve their welfare on the basis of Islam.

We ask Allah (swt) to give His mercy for the dead, and speedy recovery of the sick.

Press Release: De Mistura is Exposed: The United Nations is…