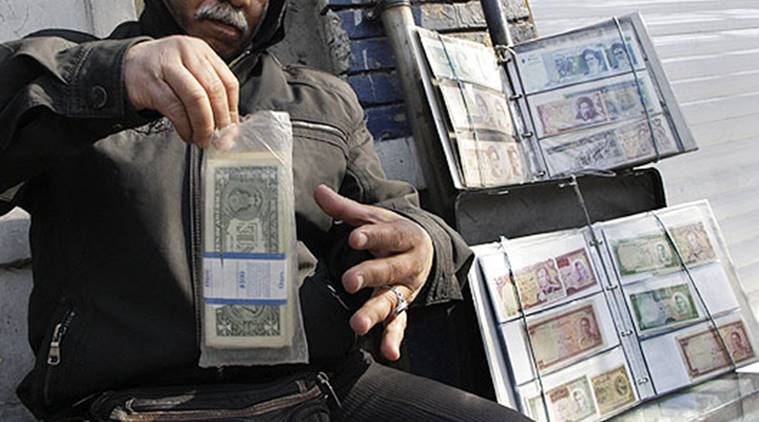 The Dollar and other foreign currencies keep rising in a mad way in Yemen while the Yemeni Riyal keeps dropping in the light of the conflict between the parties of the conflict in over three years until now. The price of one Dollar has exceeded 500 Yemeni Riyal; thereby, it has more than doubled its value during the conflict. This rise especially reached its highest after the assassination of Ali Saleh by the Houthis; they took all the money related to Ali Saleh and pressured the currency-exchangers and businessmen loyal to him to give their money as a war effort to the Houthi militias. This made the currency-exchangers and businessmen an exit to areas outside the Houthi control. The Houthis accused these businessmen and currency-exchangers of smuggling wealth to areas controlled by those whom they call the ones who are loyal to aggression meaning the areas of the Hadi Charter.

The parties in the Anglo-American conflict in Yemen are exercising an economic war in the country on top of the bloody military war for years now but the only loser is the doomed Yemeni people who live in famine, fatal diseases and without welfare, services or salaries. The war has afflicted them with catastrophes, destruction and blockade, and the conflicting parties have dominated them and taken their wealth by force and without any right. The Houthi militias impose tribute and tax and what is called obligation on shops and stalls for a high price. The Houthis have stolen the strength of the people and what reaches of the International help – they only give it to those loyal to them or sell it in the markets.

With regards to Hadi and his government, ruling over the areas of wealth in the country with petroleum, gas, coasts and international corridors, they are also criminals as the domestic gas derivatives and prices are high, and even though they are cheaper than those in the Houthi area but they are almost non-existent, and even though the Hadi government has printed nearly 600billion Yemeni Riyal in Russia, it has not paid salaries or looked into the agony of the Yemeni people even the ones under their rule! All this indicates, without a doubt, that these conflicting parties are not worthy of ruling the people of Yemen.

Prices have risen madly and if only the conflicting parties had paid salaries to the people but they have not been paid for more than a year, and this alone is a crime and a catastrophe on top of the war catastrophe. With regards to the Gulf and Iran – who are wealthy with petroleum – they kill the people by supplying weapons to the conflicting parties and by playing with money here and there and giving it to their colonizing masters headed by the malignant America, which falsely claims human rights, while the thieves of the UN who raise funds under the pretext of the humanitarian crisis in Yemen steal this money and give the Yemeni people crumbs while the Yemeni people does not know where 1.2 billion Dollars, raised by these thieves in the council of fear and fraud last year, have gone!!

The strange thing is the silence of the Yemeni people; a silence resembling the silence of the grave with regards to all that is happening to them. Why don’t the people go out and topple these conflicting criminal parties? This saying has been hanged in the streets of Sanaa and other Yemeni cities: “Astonishing is the one who cannot find his living: How come he does not go out to the people to show his sword”. This is the saying the Houthis raised in the streets under their protest against the dose of derivatives decided by the Government of Peace and Partnership before the fleeing to Hadi to take the dose as a justification for correcting the revolution – while in reality they wanted to compete for power and revolution!!

O people of Yemen! Where is your Iman and wisdom?! Shame on you to die of hunger while you are submissive to these conflicting parties stuffed with your money and wealth. Rise as one man and dust off lowliness and fear, and work towards overthrowing those conflicting parties and establish the Khilafah Rashida State (rightly guided Caliphate) on the methodology of the Prophethood in which lies your contentment, pride and the pleasing of your Lord. By Allah, what are your despicable lives worth with no security, no safety, and no elements of livelihood or life?!