Agreement between the two Parties of the Crisis, is a Reproduction of the Former Regime with New Faces

There is no Solution Except with Islam Applied by the Khilafah 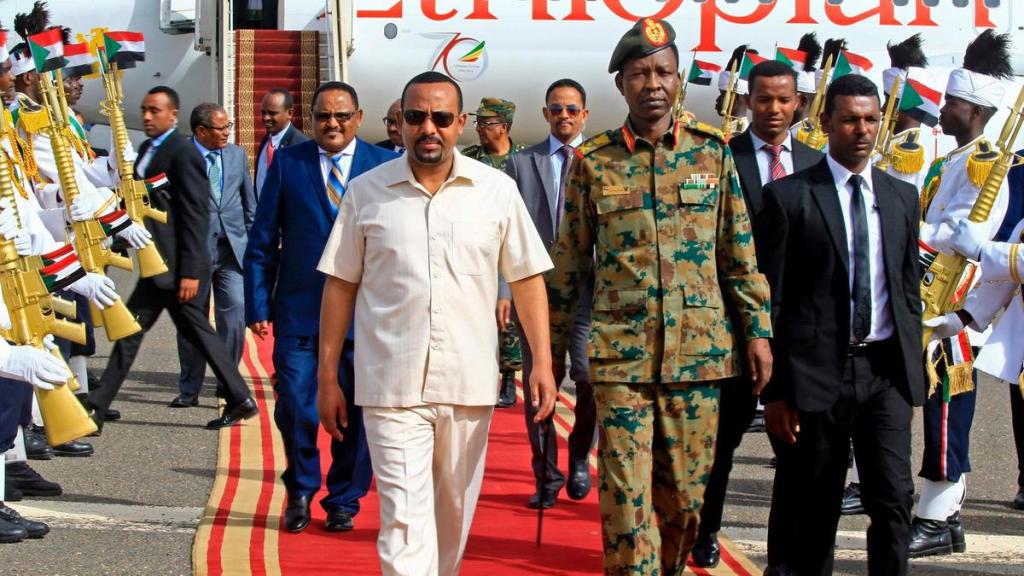 Within the framework of the joint African-Ethiopian mediation, the Transitional Military Council and the Forces of the Declaration of Freedom and Change agreed at dawn on Friday 05/07/2019 to form a sovereign council consisting of five military officials and five civilians and the 11th member to be a civilian from military background. The presidency of the sovereign council will be rotated during the transitional period of at least three years, where the first session will be chaired by a military leader for the first 21 months and the second session will be chaired by a civilian leader for 18 months. It was also agreed to form an independent technocratic government, and to launch an independent investigation into the events of dispersal of the sit-in before the General Command of the Army on June 3, while postponing the formation of the Legislative Council to a later date. A joint commission was also formed to finalize the agreement that will be signed next week at a ceremony!

We in Hizb ut Tahrir/ Wilayah of Sudan, in view of this agreement, and for the removal of deception and clarification of the facts, show the following:

– The people of Sudan have been extensively misled to choose between two systems; either a military regime that is an extension of the defunct regime, or a civil regime that constitutes change! In fact, both systems are two sides of a single coin: namely secularism; the separation of religion from life, where religion is excluded, and the regulation of life systems and legislation is by majority, and this is what the defunct military regime was, and it is the same as what the civil system that this agreement establishes is going to be. Thus, the secular system that governs the country has not changed, but what has changed is the head of the regime and some of its symbols, so the people of Sudan will only reap more injustice and hardship of living, the Almighty says:

“And whoever turns away from My remembrance – indeed, he will have a depressed life and We will gather him on the Day of Resurrection blind.” [Ta-Ha: 124]

– The two parties to the agreement are the Military Council; the extension of the former regime, which seeks to preserve America’s interests. At a time when America supports the Military Council, where on Sunday 14/04/2019, two days after the fall of the head of the regime, the United States Chargé d’affaires (Koutsis) met with the deputy head of the Military Council (Daglo), where the statement said that: “US Chargé d’affaires welcomed the role of the Sudanese military council in achieving stability and security”. In his interview with Al-Hayat Newspaper on 27/6/2019, the American envoy to Sudan, Donald Booth said, “US charge d’affaires here is in daily contact with the parties”. On Monday, April 15, 2019, the British ambassador in Khartoum (Irfan Siddiq) met with the deputy head of the Military Council, and the ambassador published on his Twitter page the details of the meeting, saying: “I met Daglo, not to endorse or confer legitimacy, but to stress steps (that the) UK wants to see taken to improve the situation in Sudan.”Therefore the reality of this conflict is that it is an international conflict between America and Britain over influence in Sudan, where America seeks to strengthen its influence, and Britain is trying to return again, and this explains the re-appointment of US envoy to Sudan, and the intensity of the intervention of the two embassies; American and British, in every detail of life in the country, and the frequent of visits of officials and politicians to them!!

– The ideal system, which is obligated upon Muslims, which these generations of Muslims did not live under the shade of its justice, and which constitutes a real change is the system of the Khilafah (Caliphate); the Muslims’ state that applies Islam, taking its Constitution and all its laws and rules are from the great revelation; the Book and the Sunnah, and what they indicate with strong evidence. Let us raise our voices and call for the establishment of the Khilafah to bring about a real change by the great ideology of Islam. This alone is what makes us the best nation that has been brought out to humankind as it made the Companions who were prosperous, glorious and carried the goodness to the worlds.

O People of Sudan: This is an agreement that repeats the same previous scenario; a secular, powerless and failed civil government that prepares the stage for a secular military coup that deepens the failure and prepares the stage for a fourth revolution … and so forth. Life in disobedience of Allah brings poverty, humiliation and destruction, so, we will only gain more dependency and sin. We will not have any way out of this cycle, except by establishing the Khilafah that implements Islam, liberates the country and the people from the tyranny of colonialism and its tools, and moves the Ummah in the path of revival and advancement.

“O you who have believed, respond to Allah and to the Messenger when he calls you to that which gives you life. And know that Allah intervenes between a man and his heart and that to Him you will be gathered.” [Al-Anfal: 24]

Press Release: In Response to the Television Program in…