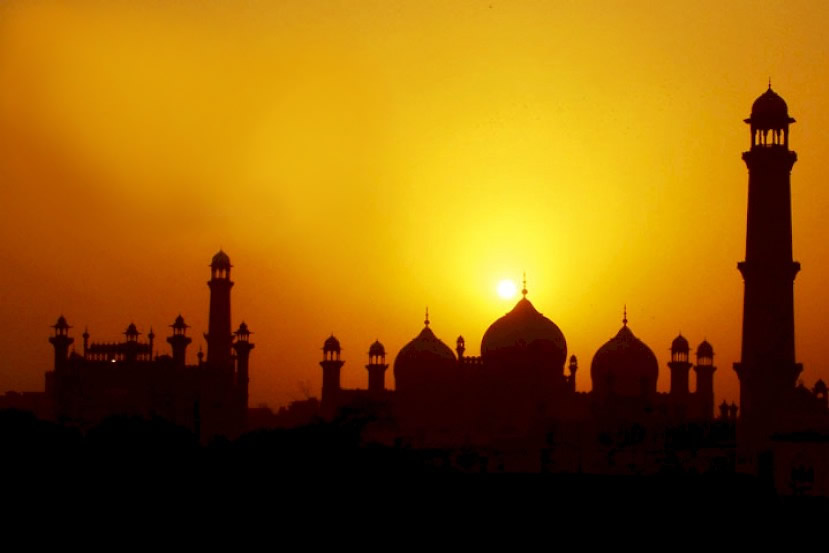 Bismillahi Ar-Rahman Ar-Raheem. Praise be to Allah, Lord of the Worlds, Peace and blessings be upon the best of Messengers, our master Muhammed, peace be upon him and upon his family and all of his companions…

Bukhari extracted in his Sahih on the authority of Muhammad Bin Ziyad that he said, I heard Abu Hurairah (ra) say: that the Prophet (saw) said, or he said: Abu Al-Qasim (saw) said: «صوموا لِرُؤيتِهِ وأَفْطِرُوا لرؤيتِهِ فإنْ غُـبِّيَ عليكم فَعُدُّوا ثَلَاثِينَ»“Observe fast on sighting it (the new moon) and break it on sighting it. But if (due to clouds) the actual position of the moon is concealed from you, you should then complete thirty days.”

In this blessed occasion of Eid ul Fitr, Hizb ut Tahrir extends its sincerest congratulations to the Muslim Ummah, asking Allah to return it next year and its state already established, and Allah has empowered its religion, and spread its banner. I also extend special congratulations on my behalf and on the behalf of the Head of the Central Media Office of Hizb ut Tahrir and all the brothers and sisters working in its departments and units to the Ameer of Hizb ut Tahrir, the eminent scholar Sheikh Ata Bin Khalil Abu Al-Rashtah, asking Allah Almighty to grant him attainment in leading this Dawah to achieve the glad-tiding of the Messenger of Allah (saw) by establishing the second Khilafah Rashidah (rightly guided Caliphate) on the method of Prophethood.

Eid Al-Fitr comes to revive the ritual of joy for Muslims, in the hope that it will ease some of what they have suffered during the month of Ramadan this year. From the rampant famine of the people of Afghanistan and Yemen, the desecration of Al-Aqsa Mosque by the Jews, and the Qur’an burning campaign in Sweden, to the death of entire families drowning in the Mediterranean. Muslims spent the month of Ramadan between fasting and qiyam (prayer), strained from anger and heartbreak from anguish.

The tragedies that Muslims suffer today, in all their forms, no doubt are a direct result of colonialism or colonial conditions. The Jewish entity was created and armed by the kaffir colonial West, the people of Afghanistan are starved and their lands are bombed by Western dictates, the Muslims of India and Kashmir are abused with an America permission granted to the Indian government, and Muslim families are risking their lives in the seas because the West agreed to imprison most of the Muslim people in their countries. As for the propaganda insulting Islam and its sanctities, and blaming Muslims when they adhere to Islamic law, the leading Western countries imposed it on the rest of the world.

However, the severity and acceleration of the events that afflict the Islamic Ummah hastened the exposure of the many trickeries of the West and its tools, until it came to the point that it was no longer able to produce agent rulers capable of uniting the Ummah around them, as it did in the last century. This means one thing, that the West’s grip on power in our lands has become fragile; what is only keeping it is the efforts of the West in distracting the Muslims’ efforts and preoccupying them with one another and with the difficulties they face in their living conditions.

As for the ability of the West to assimilate the Islamic Ummah into its civilization, or even engulf it with its ideas, it has declined and fallen to zero, and only the force of law remains of it, trying to impose it on Muslims under duress. This is the civilizational failure before Islam. As for the countries of the West itself, the phenomenon of rejecting the results of elections and referenda that has been sweeping capitals in America, France and Britain for a few years is nothing but a rejection of the transfer of power, which threatens the concept of collective rule, and this means disbelief in the democratic political doctrine. Thus, the West has created the conditions to put the first draft of the obituary of Western civilization in its homeland.

O Muslims, what stands between you and the restoration of your usurped authority is the dissuading of the people of An-Nusra (support) from their insistence or their acceptance of the support of the puppet rulers. The people of An-Nusra are the ones who are able to break the hands of the West in our country, remove power from its grip and return it to the Islamic Ummah. If they do this and restore the authority to the Islamic Ummah and enable the Khilafah (Caliphate) to be founded in one of the Muslim countries that is capable of that, they will turn the page of history and their names will be recorded in pages from gold in the memory and history of the Islamic Ummah. As for the biggest reward, it is that they will receive an honour similar to the honour of the Ansar from among the companions of the Messenger of Allah (saw), by being the ones who restored the method of Prophethood to the world. The Messenger of Allah (saw), concluded his famous Hadith about changing the conditions of governance in Islam by saying: «… ثُمَّ تَكُونُ خِلَافَةً عَلَى مِنْهَاجِ النُّبُوَّةِ»“Then there will be Khilafah on the method of Prophethood.”

O People of the Media, Pens, Pulpits and Platforms: Directing the Islamic Ummah to push the people of power and protection to the truth, is on your shoulders, as you are watchful over the Ummah day and night. You are also aware of two basic facts that the Ummah holds today. The first fact is the Ummah’s thirsts for political unity, like the thirsty one in the desert. As for the second fact, it is the issue of the glory of Islam, it is rooted in the depths of the souls of Muslims. The Islamic unity and Islamic glory will not be achieved without the establishment of the Islamic state, the Khilafah (Caliphate) on the method of the Prophethood. We remind you of a sound saying by one of the most important wise men of the Islamic Ummah, Caliph Omar Ibn Al-Khattab, who said, may Allah be pleased with him: “We were the most humiliated of people, so Allah honoured us with Islam, if we, however much, seek honour in other that what Allah honoured us with, Allah will humiliate us.” We invite you to make this sound statement a slogan and include it in your actions and words.

O People of Power and Protection: You know that for years the West has been unable to produce new rulers capable of rallying the Ummah around them, to the extent that the seat of government today has become an incinerator for secular politicians. As soon as one takes power, the escalating events exposes him and he falls under the traps of his hypocrisy and malice. This put the rulers in a weaker position than ever. People curse them day and night, and they have no choice but to strike public opinion with iron and fire. As for the West, it is preoccupied with itself. The Coronavirus pandemic, economic crises, the rise of isolationist populism, the war in Ukraine, the blockade of China, the global energy crisis, and the turbulence of the currency market, all these issues made it withdraw itself from our lands and hand its files to weak rulers cursed by public opinion morning and evening. What better opportunity are you waiting for?! When will you support the Islamic Ummah and remove the rulers who drank cruelty in their hearts, walking like ostriches behind their masters in international conferences, even if they return to our lands, they add to the pain of the people and rule them with iron and fire?

It is the blessed Eid al-Fitr, so make sure to revive the ritual of joy on Eid in every house, in every neighborhood and in every city, so that the Eid is a renewal of your resolve and good tidings of your upcoming days and the grief in the heart of your enemy. Then we work together with a new energy to establish the second Khilafah on the method of the Prophethood. Allah (swt) says:

“So they who have believed in him, honored him, supported him and followed the light which was sent down with him – it is those who will be the successful” [Al-A’raf: 157].

The eve of Sunday is the first of the month of Shawwal for the Hijri year 1443 corresponding to May 1, 2022 CE.