Q&A: The Problems in the Chinese Economy

Answer to a Question

The Problems in the Chinese Economy 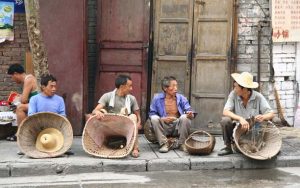 On Wednesday 13th November the Chinese President Xi Jinping said that “China will step ahead with reforms to solve the economic problems but these reforms require careful planning and cannot be achieved between night and day…” This was at the conclusion of a meeting held by the Chinese leadership, which lasted four days and ended on 12 November 2013. This meeting was held after several recent explosions took place. On November 6, 2013 an explosion took place at one of the regional headquarters of the Chinese Communist Party – the ruling party in China. This explosion took palce one week after a car crashed into a crowd of people and caught fire in a street close to Tiananmen Square, the great public square in Beijing that is considered the symbolic heart of the Chinese capital. And the Question: We hear that the Chinese economy is at an apex, so what does it mean when the Chinese leadership meets to find solutions to the economic problems? And is there a relationship between the explosions and the meeting of Chinese officials to study economic issues? May Allah سبحانه وتعالى reward you.

1. Yes, there is a relationship, even if the government, as always, hastened to say: “the government blames what it calls Islamic extremists”, this is really to divert attention from the faltering economic situation that is pushing the Chinese people, particularly in the countryside and the midland, to misery and hardship, which will then push them to violent demonstrations to bring the state’s attention to its economic suffering.

2. These incidents are considered a part of an underlying political trend that indicates that China is facing deep internal troubles, which will affect their management of foreign policy. In 2005 China dealt with 87,000 cases of social unrest, including general discontent, and demonstrations, and internal conflict. This rose to 180,000 demonstrations in 2010 and included protests and other social incidents in China. In other words, the unrest is increasing…

3. China’s Special Economic Zones (SEZs), are at the centre of the countries fast growth and these were all established in the eastern coast of China, and everything that comes out of the production lines is carried on ships and exported to the world. As a result the coastal region was linked to the international economy; and saw most of the rapid growth in China, it also created a new generation of elite, all at the expense of the rest of China. The rest of China is remains primarily agricultural, with minimal infrastructure and its inhabitants live in poverty. According to the international study of the distribution of wealth carried out by the Boston Consulting Group in 2008, 0.2% of the population in China control 70% of its wealth. And the effect of this poor distribution is compounded by physical abuse, imprisonment, lax labour laws, and extremely low wages, and the Chinese government’s failure to heed the economic needs of most of its citizens.

4. The Chinese economic model that relies on low wages and high foreign exports is faltering now; and the international economic crisis in 2008 completely exposed this fact. A number of economic experts consider the Chinese economy to be in distress. The recipient of the Nobel Prize in economics, Paul Krugman said, “The signs are now unmistakable: China is in big trouble. We’re not talking about some minor setback along the way, but something more fundamental. The country’s whole way of doing business, the economic system that has driven three decades of incredible growth, has reached its limits. You could say that the Chinese model is about to hit its Great Wall, and the only question now is just how bad the crash will be.” Stratfor also said: “Major shifts underway in the Chinese economy that Stratfor has forecast and discussed for years have now drawn the attention of the mainstream media. Many have asked when China would find itself in an economic crisis, to which we have answered that China has been there for awhile — something not widely recognized outside China, and particularly not in the United States. A crisis can exist before it is recognized. The admission that a crisis exists is a critical moment, because this is when most others start to change their behavior in reaction to the crisis. The question we had been asking was when the Chinese economic crisis would finally become an accepted fact, thus changing the global dynamic.”

5. In the last ten years China has begun to progress in the capitalist approach to economic growth which means that economic growth is measured by an increase in production without considering distribution, so if production increases that means that the economy is strong and advanced even if it is all the fortune of a small group and the rest of the people live miserably… in other words concentration is on an increase in production without concentrating on fair distribution. If China continues on this communist/capitalist hybrid approach it will be afflicted with what affected the Soviet Union, which collapsed when it attempted to mix communism and capitalism, and became as a crow that tried to imitate another bird in the way it walks, and could not and ended up forgetting how it used to walk! And this is how China might become… Unless it realizes the source of its problems and solves them.

6. China would be able to save itself from this crisis if it can transform from this hybrid economy, and stop focusing on high exports without first focusing on local demand by its people, and meeting the needs of this people. Otherwise, 948 million of the 1.3 billion of the people of China will continue to live on less than five dollars a day, and the wealth will remain concentrated in a small group that exploits the energy of the poor labourers, and then meeting the needs of a majority of the people is elusive, and production is controlled by a small portion of people who export production outside, so increase in production appears, but an increase in poverty in the lives of most of the people pushes them to demonstration and unrest… Zhou Xiaosheng, a distinguished professor in the Institute of Law and Sociology at Renmin University in China, explained the reality of China: “Do not forget that the current success of China is built on the fact that 300 million people exploit one billion low wage labourers. And the judicial system is unfair, and the unjust distribution of wealth makes the challenges greater.”

7. China should not follow in the footsteps of the capitalist West and attribute all demonstrations and unrest to “Islamic extremism” instead of looking for the roots of the crisis of its hybrid economy that depends on increasing production and exporting it, so production increases in volume but poor distribution gets worse, and the number of people in poverty increases, and therefore demonstrations increase… We warn China that if it continues with this “Communocapitalist” economic policy it will follow the Soviets, and become a happening of the past…

We do not say to China to implement Islam they will thrive… and this is because this implementation requires the Islamic creed first, and it is not found with them… but we tell them to not imitate the capitalist West by focusing on increasing production without fair distribution by meeting the needs of a majority of the people that are affected by poverty. Otherwise, an increase in demonstrations is expected due to the dire economic and intellectual situation and not due to so called Islamic extremism as is promoted by the West… Speaking of Islamic extremism falls under political indictment, and it is a prelude to the serious indictment of China due to its occupation of eastern Turkistan by iron and fire, but all these deceptions and guile and attempts at changing reality will not make the Muslims forget China’s occupation of Turkistan. Indeed it will return, Allah سبحانه وتعالى willing, sooner or later to the Islamic Ummah.

“And you will know its message after a while”