Speech of the Official Spokesman of Hizb ut Tahrir in Wilayah Sudan in the Press Conference for the booklet launch: An-Nahdha (Grand Renaissance) Dam and the Threats of Water War; Negligence of the Rulers and the Duty of the Ummah 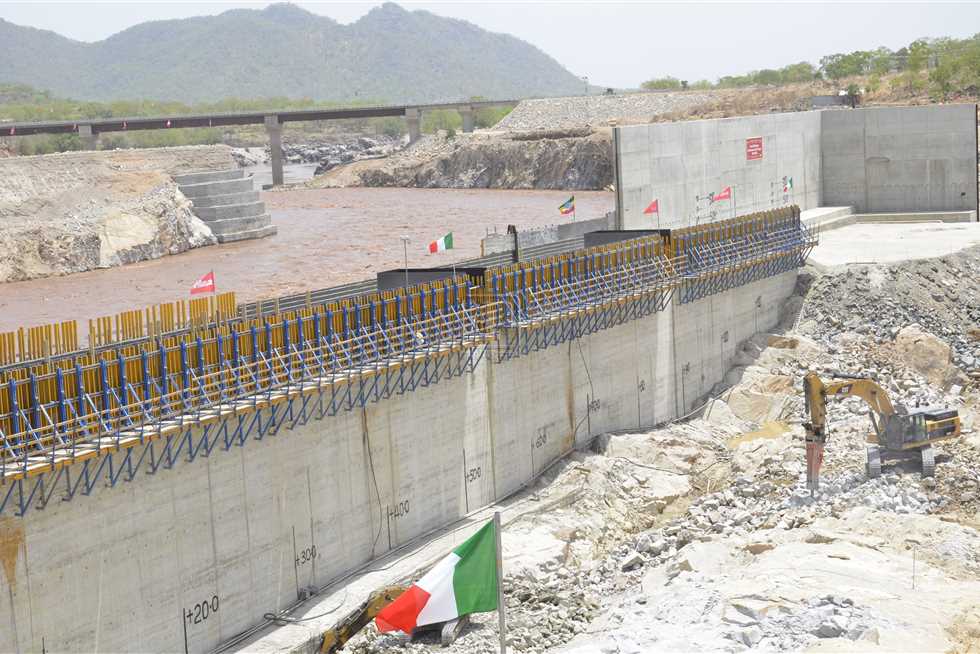 All praise to Allah the Lord of the worlds, and prayers and Salaam on the one sent as a mercy to the world and on his family and his companions.

We know that water is the lifeline, it is even life itself, as the Almighty says:

“And We made from water every living thing” [Al-Anbiya: 30].

In our times, water has become a weapon for those who control its source and spring and the issue of blocking the An-Nahdha (Grand Ethiopian Renaissance) Dam is a threat to the people of Egypt and Sudan. As we in Hizb ut Tahrir / Wilayah of Sudan have taken upon us to attend to our Ummah’s issues and to uncover the conspiracies that are plotted against it. In this framework, Hizb ut Tahrir / Wilayah Sudan published a booklet that explains what is happening to our people in Egypt and Sudan of conspiracies that effect their lives and the source of their basic life. In this conference, I will present the main topics of the booklet’s subjects, then it will be distributed to you so that you might examine the gravity of the neglect and the disaster of the dam.

The struggle about the Nile’s water is old, but the conflict did not take the International dimension except after colonization. In the 18th century, the leaders of the West, the colonizers at the time, with an invite of the king of Abyssinia turned the course of the Nile. This prompted Muhammad Ali Pasha send troops, after getting permission from the Ottoman Khilafah State, to join all of Sudan to secure the Nile’s riverheads this including the area of Bani Shangul which might be the place of the Ethiopian government’s misuse. In modern times many agreements have sanctioned the interference with the stream of the water to Egypt and Sudan, we can mention the Addis Ababa Agreement from 1902 and the 1929 Agreement and others which protect Egypt and Sudan’s right to the water of the Nile. Ethiopia interfered for the sake of transforming the Lake Tana (the source of the Nile) to a primary water tank, and in the same context some Jewish projects were launched to get hold on parts of the Nile’s water and the interference of the Jewish entity to fund some dams in Tanzania and Rwanda as well as having a role in building the Al-Nahdha Dam. In order to strangle Egypt and Sudan the countries of the Nile’s source basins, advised by the occupying countries, began abolishing the historical agreements and tried finding new agreements, thereby trapping Egypt and Sudan into these negotiations which are dedicated to solutions not in the interest of Egypt and Sudan, rather in the interest of the occupying countries. The most dangerous of these agreements is the Entebbe Agreement signed in May 2010 and which ends the historical apportions to Egypt and Sudan. Egypt and Sudan withdrew from the agreement but after it was too late, the most dangerous part of this agreement is the equal division of the water. The neglect of Egyptian and Sudanese leaders with regards to the Nile’s water and the building of the Al-Nahdha Dam goes back to the signing of the agreement to the Declaration of Principles between Ethiopia, Egypt and Sudan which was signed in Khartoum on the 23rd of March 2015. This agreement is much worse than the Entebbe Agreement because it contains the full acknowledgment of allowing Ethiopia establish the catastrophic dam. The booklet contains the full text of the Declaration of Principles Agreement so that people might recognize the size of the neglect, the booklet also points out the dangers to be expected for Egypt and Sudan from the building of the Al-Nahdha Dam according to experts. The booklet also presents the Sudanese government’s stand and narrow view on the Nahdha Dam, which is built on faulty interests.

The booklet concludes with the consideration of the Shari’ rules regarding the handling of rivers as legitimate judgements from the Almighty. In the conclusion of the booklet is explains that if Sudan and Egypt were part of the Khilafah Rashida then the pagan states of colonialism and their instruments would not dare to threaten the interests of the Khilafah (Caliphate) – the vitality of Islam and Muslims, which calls for all Muslims to work for the sake of establishing the Khilafah which will safeguard a good life in obedience of Allah (swt).