After the Tragedies and Blood … where is Islam and its Provisions in the Riyadh Agreement between Hadi and the Transitional Council?! 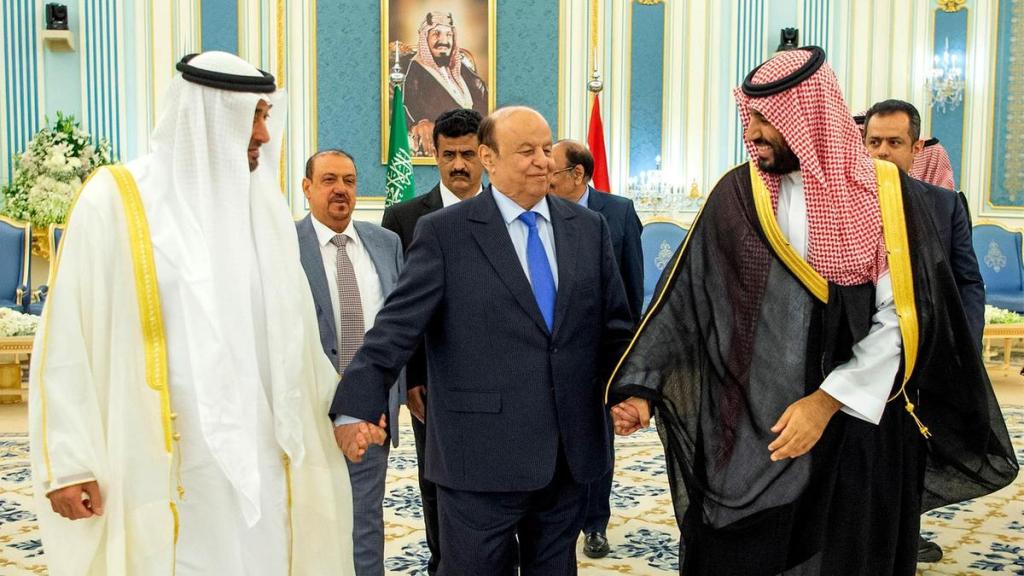 On Tuesday, 05/11/2019, Salem Al-Khanbashi, representing Hadi, and Nasser Al-Kubaji, representing the transitional government, signed the Riyadh Agreement to end the fighting between their forces since 02/08/2019. The Agreement included the formation of a government not exceeding 24 ministers, ministerial portfolios to be equal between the northern and southern provinces, and Hadi’s appointment of a number of governors in the southern governorates. Also, the unification of the military forces of the government and the transitional council and their annex to the Ministry of Defense, as well as the rearrangement of the security forces under the leadership of the Ministry of Interior, and the return of the military forces that moved from their positions to participate in the fighting in Aden, Abyan and Shabwa provinces, and the formation of a committee under the supervision of the Saudi-led Coalition of Support to the Legitimacy to follow up on the implementation of the agreement… The agreement was signed after a war in which dozens of people were killed and hundreds wounded, and the situation is still tense. The signing of the Riyadh Agreement was attended by Crown Prince of the Najdi regime, Mohammed bin Salman, the America’s agent, and Mohammed bin Zayed, the subservient to the English, after it has been postponed several times.

This agreement shows the influence exerted by America and its followers on the United Arab Emirates, which represents the English, to leave Yemen, so that the followers of the Supreme Council of the Revolutionary Movement, the Baoum wing – the original Pro-America movement – and those like it can compete with Hadi and the Transitional and their followers on the rule of southern Yemen. Also the departure of UAE forces from southern Yemen will help Riyadh forces to facilitate the arrival of Baoum movement and attract agents to America to be part in the rule of southern Yemen, because both Hadi and the transitional are English agents, and the fighting that took place between them is to strike the American movement.

Hizb ut Tahrir stated in the Answer to Question dated 13 / 8 / 2019 CE: “There was the Southern Movement (Al-Hirak) which officially declared itself in the south of Yemen in 2007 headed by opposition activist Hassan Baoum associated with America and backed by Iran…. Britain was afraid of his movements, but this fear reached its peak after the death of Salih, where the influence of Britain diminished after the success of the Houthis to extend their influence in the north. Therefore, it began to seriously consider to have a force in the south, as a pressure card that would enable it to exist in the rule of Yemen, if it could not, at least to be part of the rule in the south… Therefore, it began to think seriously about concentrating its influence in the south, especially since it did not rely entirely on Hadi on the grounds that Saudi Arabia is controlling him. Thus, Britain was interested in this matter through the UAE to penetrate the original Southern Movement or marginalize it by creating a new movement to lead in the arena… and then it focused through the UAE and its followers to find a movement in the south parallel to the Baoum wing to outbid it in the cause of the south; they found what they were looking for in Aidarous Al-Zubaidi..) End. Today, America, through Bin Salman, wants to strike the influence of the British by bringing America’s agents in the south to power and making Hadi and the Transition in the negotiations with the Houthis as one and not two sides as the British aspire.

This agreement proves that the rulers of this country and the rulers of the regional countries present in this agreement are slaves under the feet of the Kaffir West, especially the old colonist Britain, and America which aspires to control this entire country, and that they (the rulers) are only false witnesses, and the players are America and Britain. This agreement took place in accordance with the capitalist method by apportioning the issues into quotas in which the provisions of Islam did not have a share.

In Yemen, the use of force to achieve political goals has been legalized. The English used the Transitional Council, and America did not dare to say a word, because it used the same behavior to bring the Houthis to control Sanaa, along with its UN envoy Jamal bin Omar.

We are fully aware that people in the North and South of Yemen yearn to live under Islam, which they have been deprived of for long periods, and because of those rulers who rule by other than what Allah has revealed they did not reap except hardship of living, as in the syaing of the Almighty:

“And whoever turns away from My remembrance – indeed, he will have a depressed life.” [Ta-Ha: 124].

We in Hizb ut Tahrir are not against a solution that stops bloodshed between the people of one Aqeedah. We know for sure that Islam urged to make settlement between individuals and groups, but this agreement will not get the people of Yemen out of their great suffering as long as these rulers do not rule by what Allah has revealed, and as long as they are associated with the enemy of the Ummah; the Kaffir West and the United Nations, and as long as the Kaffir West intervenes in every small and large, and the conflict over the country exists. So, as long as this is the case of Yemen, the situation will remain in a tug of war until Allah authorizes the establishment of the Khilafah State (Caliphate).

Hizb ut Tahrir calls on the people of Iman and wisdom in the North and in the South and calls on all Muslims to work with it to establish the second Khilafah Rashidah (righteous Caliphate) on the method of the Prophethood that Allah has promised us and our master Muhammad ﷺ gave us the glad-tiding of its return to rule by Islam, establish justice and spread goodness, for the world today suffers from the injustice of the secular state and it will only be saved by the State of Islam. The Messenger of Allah ﷺ said in a Hadeeth by al-Numan bin Bashir, may Allah be pleased with him:

“then there will be a Khilafah on the Method of Prophethood”.