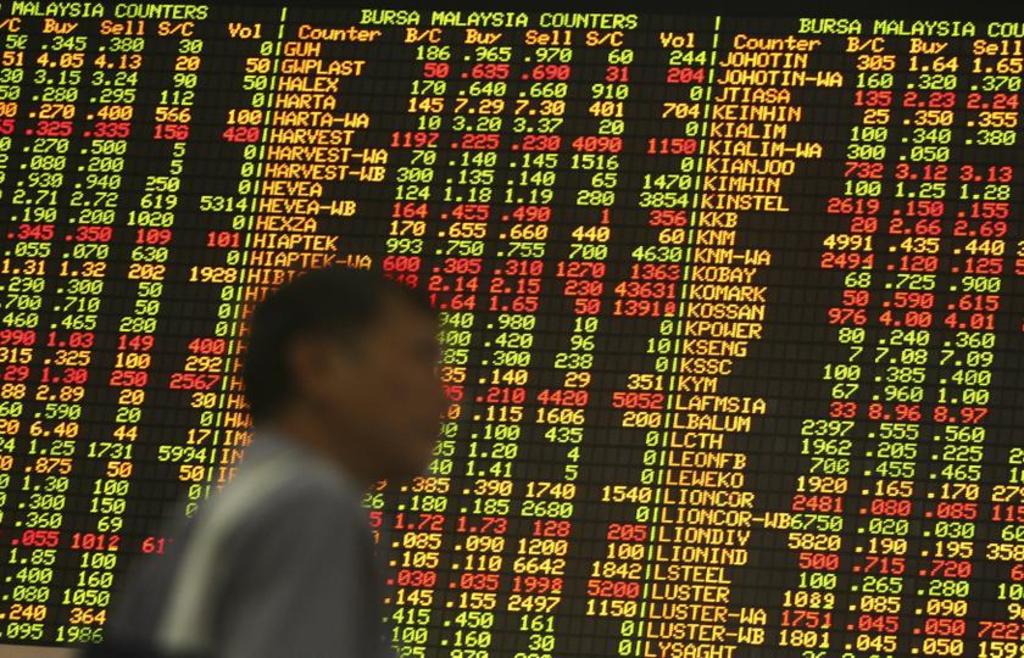 One of the main factors in the global economy, including Malaysian economy, that causes it to face uncertainty and not resilient is due to the existence of virtual economy/paper economy/financial economy. Virtual economy has a very strong relationship with the financial market that allows the economy to appear much larger than its real size.

As a result, the size of the economy appears bigger, even though there is no growth in real economic activity.  This phenomenon would eventually lead to financial crisis that causes negative impact to the economy, when the financial market collapses. The collapse of the financial market is a ‘natural’ scenario that would inevitably occur in the capitalist economic cycle, when the resulting ‘bubble’ economy systemically expand and finally ‘burst’. Consequently, that burst would eventually leads to financial crisis.

The virtual economy is also encouraged by the printed money system, which allows money to be printed without being backed up with valuable commodities such as gold and silver. This allows money to be printed simply based on confidence (fiat money). Since the money that we use today is backed up with nothing, it is also possible for the money to grow more rapidly at higher rates than the growth of the economy. The currency system today is not only weak but also allows the currency traders to gain profit out of thin air to the extent that they could result in the economic collapse like the 1997/98 Asian financial crisis.

Besides that, the development of the virtual economy is also driven by generating credit based on interest (riba) by the financial industry such as banks. This scenario occurred when money generated in the form of credit and interest through the banking system using method known as fractional reserve banking. This allows money in the form of credit to be circulated in the economic cycle more than the real value of money.

All in all, the size of virtual economy, which is an important method in capitalism system to stimulate the economy, became bigger than the size of the real economy. This phenomenon caused the current economy to be prone to the economy problems such as inflation and recession, because both problems are the eventual consequences of economic activities in capitalism. In other words, inflation and recession are natural part of the capitalism that cannot be separated from the system.

The current situation of the capitalist system can be likened to a person who has a variety of diseases and very much dependent on medicine to survive. In the year 1997/98, he was diagnosed with diabetes, which required him to take diabetic medicine. After that, in the year 2008 he developed high blood pressure and hypercholesterolemia, and by the year 2020 developed kidney problem over the course of the disease and as the complications of too much dependence on medicine to survive. Consequently, instead of continuing taking medication, the commitment is increasing due to the need for regular dialysis.

Even though the capitalist economy may still survive with medication and undergoing treatments that require high commitment in terms of time, energy and money, but the truth is the body’s vitality has been much reduced, and the ability to do work is not like before. These conditions render the body susceptible to infections such as COVID-19 which can be fatal.

Therefore, as long as capitalism that is inseparable from the virtual economy being embraced as the system to manage and expand the economy, there will be no hope for the economic problems to be solved and eventually bring the true wellbeing to humankind. The economic problems may appear to be successfully solved through all sorts of economic stimuli packages, yet the truth is that they were just the medicine to make the body to barely survive while depending on them while at the same time, the body system has already weakened.

In conclusion, to develop resilience and a competitive economy, the virtual economy must be abolished. The true resilient and competitive economy is an economy that grows only in real economic activities, with no virtual economy. Capitalism cannot survive without the virtual economy. In contrast, the Islamic economic system strictly prohibits any activities or transaction related to the virtual economy. Prohibition of the virtual economy in Islam takes place through several rulings pertaining to economic activities. First, any mu’amalah that does not follow principles and rulings on Islamic syrikah is prohibited. Second, Islamic Sharia decreed that the currency must be backed up with gold and silver. Third, riba is prohibited. To successfully implement these three policies, the government that rule solely based on the Al-Quran and As-Sunnah, namely Khilafah System is needed. This is pertinent as the implementation of economic policies requires political will to ensure sustainability and sound structure to support them.