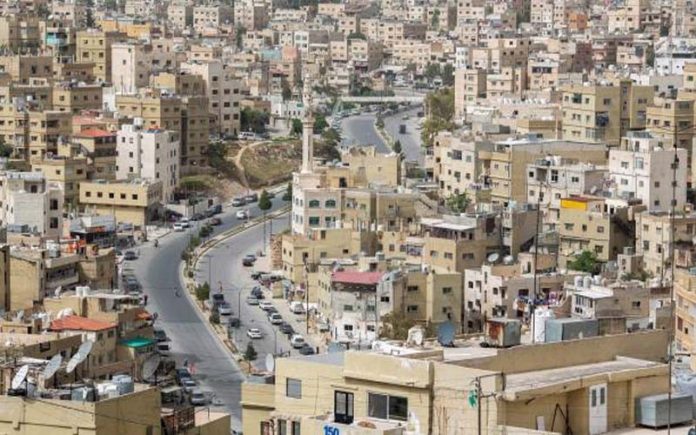 The Jordanian government presented the draft state budget law for the year 2019 to the House of Representatives. In their preliminary discussions, the MPs criticized the draft budget law for not touching the reality and its estrangement with dealing with the difficult situation suffered by the people of Jordan. It was based on raising taxes to reduce the fiscal deficit. The House of Representatives referred the draft budget to its Finance Committee for detailed discussion.

The draft budget for the year 2019 is no less bad than the series of absurd budgets provided by successive governments, and the devastating results that emerged out of it at the sight and vision of every person. Talk has been repeated about its weakness, incompetence and corruption, and some economic and political circles declared it, and in contrast, the same scene is repeated at the end of each year of voices of trumpets in the House of Representatives that satisfy people with their talks, but they approve the budget at the vote, despite its misdeeds and corruption, citing the excuses of the helpless and the weak or are complicit with the regime and its government!

The budget of 2019 shows that people will finance the government by 93% through tax revenues and service fees. The government brags foolishly through the words of The Minister of Finance that revenues are growing at an estimated level of 1035 million dinars from 2018, as a result of the increase in tax revenues by about 723 million dinars, meaning that it will unjustly consume more than one billion dinars in the next year of people’s money, in addition to what it consumed in 2018 through the new tax law imposed by the International Monetary Fund on the government and approved by the House of Representatives! As for the statement that the budget deficit reached about 646 million dinars after the foreign grants in 2019, it is a manipulation of figures and a false statement, as the deficit is expected to highly exceed this figure if the promised external grants decreased. In addition to the decline in economic investment projects and the decline of economic growth to less than 2%, and this comes with the rise of the ratio of public debt to GDP from 80% in 2012, to 95% in 2018, where the public debt, according to the Minister of Finance, reached 28.4 billion dinars, estimated at $ 40 billion. The government pays an amount of 1.03 billion dinars as stated in the budget project, under the clause of expenditure, for the service of this debt without the origin of debt, which is the forbidden usury (Riba), and thus an increase in the budget deficit, and international loans are only available to the government after compliance with the dictates of the IMF. The last Japanese loan has been left without delivery, pending the review of the fund, which was delayed despite the approval on the law of the collection of new income tax, for which the Fund stipulated the approval of the House of Representatives, according to the Deputy Prime Minister. What level of humiliation and mortgaging has the regime reached and led the Ummah to, as a result of the colonial international loans and its devastating effects on the country?!

As for the outputs of this fiscal policy and these sterile budgets, they have become apparent to the members of the Ummah and the general public and effort and trouble are not needed to identify the miserable extent that the people in the country have reached, of regression, hardship of living, misery and poor care, which led to the spread of poverty and corruption, as well as serious failure in providing the basic needs and necessary services for the society of education, health, security, roadways, etc… In addition to unemployment rates that reached 18% and is increasing, as well as low economic growth and high inflation. The wealth enjoyed by Jordan, which is the public property of the people, has become depleted, lost or buried underground for political and colonial reasons, not to mention the sale of successful public properties projects such as cement, potash, manganese, phosphate, ports and airports at low prices to foreigners, depriving the Ummah of an important part of its revenues.

Our People in Jordan:

The surrender of the regime to colonial countries and subjection to the policies of the IMF will lead the country to real destruction and to a major disaster. This requires the faithful to work to save the country and to pay attention to what is being planned and prepared for Jordan and its people. And in order to save the country from these calamities and crises, requires the understanding of their causes. The Jordanian regime was created by a political decision by the colonial powers, especially Britain, following the Sykes-Picot Agreement, which stripped it of its Islamic perimeter as part of the Islamic Ummah, and linked it tightly with the Western “colonial infidel” (kafir) and its capitalist system, and provided it with ways of life through aid, grants and loans, and prevented it from finding a real economy based on real resources of industry,  cultivation, mining and exploitation of its wealth, and even made it a guardian of the Jewish entity, which occupies the Al-Aqsa Mosque and destroys the stones, trees and people in the Blessed Land of Palestine. Jordan has therefore become a weak hostage to the Western countries, serving their interests and implementing their policies.

The budget is a political act. It reveals the political ideology adopted by the state and reveals the economic system it adopts. The budgets approved by the regime in Jordan are based on the capitalist economic system, which naturally produces corruption, exploitation and accumulation of wealth in the hands of a handful of powerful big capitalists who live by absorbing the blood of peoples. Jordan and its people will remain in misery and hardship as long as this regime is hostage to colonial countries and their rotten capitalist system.

The way out of this cyclical cycle of incapacity, loan and poverty is only through the return to Islam and seeking solutions from its provisions, so that the revenues and expenses of the State are in accordance with the Islamic provisions, and this requires making the financial and economic policy in accordance with the provisions of the economic system in Islam, and emancipating from the Capitalist economic system with all its ideas and tools, of forbidden usury (Riba), submissive loans and fiscal taxes, as well as severing the relationship with the IMF and the World Bank and all the tools of global capitalist hegemony. This is the path of salvation and rescue of the country, and this is what Hizb ut Tahrir calls you for, calls you to the truth (Haqq) and the right path, calls you to what gives you life and saves you from a painful torment, calls you to establish the Righteous Khilafah (Caliphate) on the Method of the Prophet, in which the Muslims will live a prosperous and honourable life. With the Khilafah alone will the energies of the Ummah burst, leading the world and filling it with justice, righteousness and goodness… to this goodness we call unto you oh Muslims, so will you respond?

“O you who believe! Respond to the call of Allah and the Apostle whenever he calls you unto that which will give you life; and know that Allah intervenes between man and [the desires of] his heart, and that unto Him you shall be gathered * And guard yourselves against a chastisement which cannot fall exclusively on those of you who are wrong-doers, and know that Allah is severe in punishment.” [Al-Anfal 24-25]