Growing Racism in Lebanon … A Harbinger of Destruction! 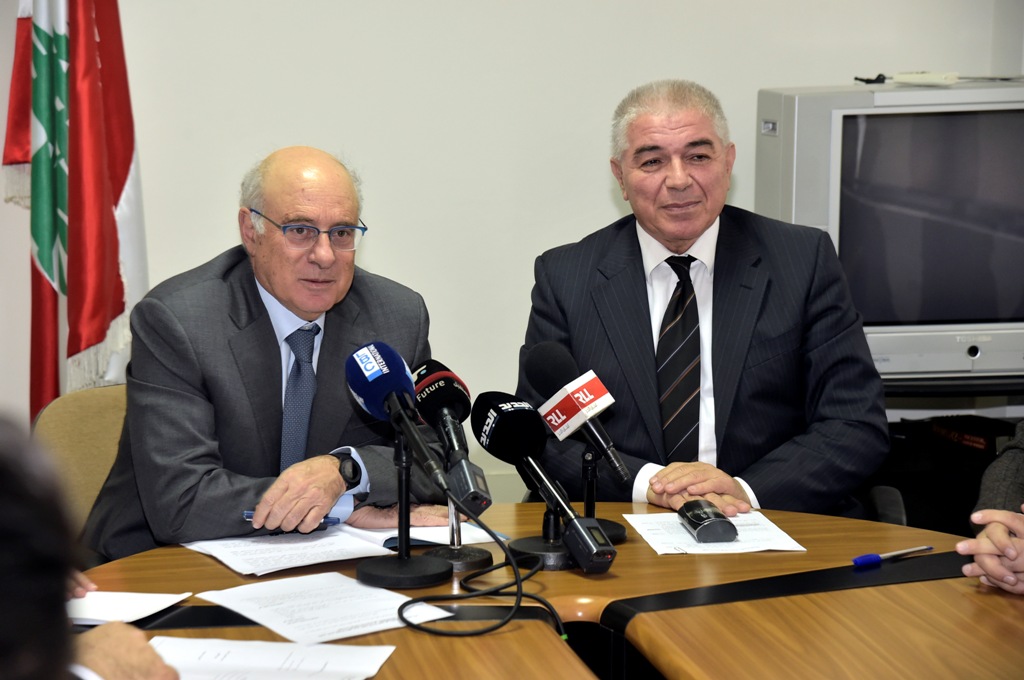 Recently, the Lebanese Ministry of Labour headed by Minister Kamil Abu Sulaiman, who is linked to the Lebanese Forces, in an unprecedented move, attempted to impose a work permit on the people of Palestine residents in Lebanon and treated them as foreigners! This sparked demonstrations by the people of Palestine in Lebanon, in a legitimate defense of their basic human right…tonight Bassil joined him by supporting his move! Despite the strong political differences between the two groups, but their abhorrent racism united them … Here we say:

First: Racism in Lebanon has become a wide spread disease, especially among the Christians of Lebanon, in all their different orientations, whether they are Aounites, or Lebanese Forces (qwat), or kataeb followers or Armenians … such that we hear from time to time racist cries against the people of Syria and the people of Palestine in Lebanon, and we hear from the mob amongst them the threat of a crusade, and violation of the position of our master Muhammad, peace be upon him and his family, without any movement seen from the authorities, nor any action taken that it would have taken,  but rather took, against those who attacked positions of persons in much lower ranks than that of the Prophet ﷺ.

Second, the people of Palestine in Lebanon are not foreigners to this country, but rather they are an integral part of the fabric of this country. They lived here for 71 years and experienced the good and bad times with the people of Lebanon. All the documents indicate that when they were expelled to Lebanon in 1948, they have introduced huge amounts of money in Lebanon, which contributed to the development of Lebanon in many civil aspects … and they have established with the people of Lebanon relationships of kinship and marriage and permanent living together, if they were to live in a country that have self respected they would not be discriminated against, but will be considered from the people of the country. It is known that the people of Palestine in Lebanon are the largest group with high education degrees, and schools results indicate that they are in the ranks of prominence and success.

Third: Even the international laws signed by Lebanon, that it boasts! It requires the authorities to treat them well, in education, relief, labour, security, compensation, ownership and all natural human rights. This is regarding refugees and displaced persons who only stayed for few years! So what about those who resided for decades in the country and the state issued them travel documents, identity cards, and resident permits… Should such people be treated like foreigners?! This is a schism in personality of the people in authority, in this strange entity.

Fourth, we note this peaceful movement to demand rights, but we say to the protestors: Be aware of the ignorant blind banners that the leaders of both the Lebanese and Palestinian authorities want you to raise, the banners of Sykes and Picot, the flags of Palestine, Lebanon and others. Because according to the standard of patriotism and these banners, it gives a justification to each side to be biased to them, so a person sees himself a Lebanese, a Palestinian, a Syrian … etc, and do not unite, but rather divide … The real uniting factor between you and the people of Lebanon is this great Deen with its great banner, the brotherhood of Islam have previously united – the immigrants and supporters (Muhajireen and Ansar), and it is the only one capable of uniting you today and of maintaining this unity.

Fifth: There has been a boycott by the people of the camps to their neighbours of traders, and here we like to draw attention to the need not to be drawn to the state of hostility among Muslims, this must not happen, because the origin and the fact is that you are slaves of Allah and brothers, yet we say to the people of Lebanon: be patient with your brothers from the people of Palestine, you know their situation best, and their harsh living conditions, their patience, and siege in the camps, so be their aid, and continue to contact them as the Deen, brotherhood, lineage and kinship requires, and work to get them out of their situation of injustice by the state and its oppression on you and them … Be their support to gain their legitimate and Shariah rights.

Sixth: O our people from the people of Palestine in Lebanon, do not be fooled by those who claim to be on your side today, who worked against you yesterday, and against the people of Syria and the people of Palestine in Syria, who were involved in killing you and them … It is only for their immediate interests, they use you to gain power, to face the enemies inside (the country), and will continue to use you on the pretext of the cause and defending it … so don’t give them the opportunity, but more than that, do not be lost between those who claim to represent you, and who claim to reform your representation, and those who allege to be your leadership, or pretends to be an opposition of this leadership, you are to them the fuel of the conflict, nothing more, so take your caution.

Seventh: O Muslims from the people of Lebanon. The people of Palestine in Lebanon are a true support for you. Do not allow the racists to succeed in breaking this support, for the purposes and objectives that have become known to all, by seizing this country and separating it from its Islamic surroundings and origin. The people of Palestine are your source of strength, do not lose them by your silence over their rights, leaving them alone to fight the racists.

Eighth: To the Muslim politicians, the racists expressed their bias towards what they believe and carry. One of them said: “There is no ideological problem between us and the Jews”. Another said: “This country is ours and we will restore it from you.” So what do you say to these O Muslim politicians? We only hear from you the tone of coexistence and civil peace; in confronting this hateful spiteful racism … We do not ask you to carry the hostility and racism discourse in return, this was not the case of Muslims before so that it becomes so today! We ask you to express strongly that you are the sons of this great global Deen, and that you belong to this Islamic Ummah, that has its roots deep rooted in history, and you represent every Muslim in this country, that you are biased towards your Deen and your people… The Ummah is defining its options,  so  do not be outside these options, by your silence or your bias towards immediate interests, or distorted alliances … This Ummah is regaining its glory, so be with it and from it, otherwise your end will be as the end of your predecessors rulers and politicians who chose a path different to that of the Ummah.

Finally, the labour today is great, and the deals that are held at the expense of the Ummah are filled with treachery, so Muslims of Lebanon and Palestine, establish a clear line that will bring you together and unite you with the Ummah on one level in confronting the fierce onslaught from outside and inside, and only be bias to the commands of Your Lord and your law (Shariah).

“He has ordained for you of religion what He enjoined upon Noah and that which We have revealed to you, [O Muhammad], and what We enjoined upon Abraham and Moses and Jesus – to establish the religion and not be divided therein. Difficult for those who associate others with Allah is that to which you invite them. Allah chooses for Himself whom He wills and guides to Himself whoever turns back [to Him]” [Ash-Shura: 13]