Pakistan’s Rulers Submit to the IMF, so Colonialist Plans, Companies and Creditors Advance at Our Expense 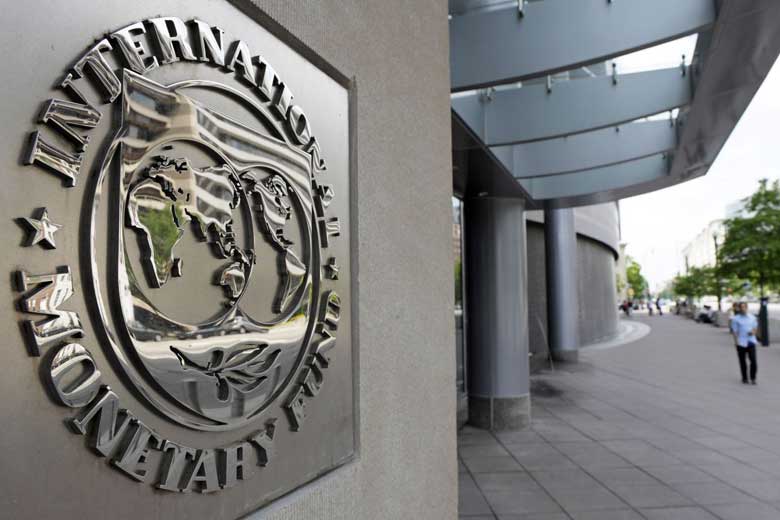 On 11 June 2019, the Minister of State for Revenue, Hammad Azhar, proposed a national budget that came as a hammer blow to the people. At a time the economy is already suffering immensely due to the choking effects of huge taxation on buying, selling and production, the Federal Board of Revenues (FBR) is now to chase the people for a historical tax target of 5,555 billion rupees for the year 2019-2020, compared to the 4150 billion rupees revised target for 2018-2019, which represents a 33% increase. In their reckless pursuit for the approval of the colonialist tool, the IMF, for the first tranche of its next $6 billion loan (approximately 900 billion rupees), the rulers increased the levels of taxation to back breaking levels, even though oppressive capitalist taxation, such as general sales tax and income tax, does not take into account poverty and hardship of individuals.

The merciless rulers see nothing wrong in extracting taxation from the ones upon whom not even Zakah is due and are instead deserving of it. Moreover, they present heavy taxation as if it is a duty and a source of pride and virtue. The rulers break the backs of those in hardship, even though in the great Deen of Islam, revenues are generated from the one who is financially capable, such as Zakah from the one who owns trading merchandise and Kharaj from the one who owns agricultural land. The rulers extract oppressive taxation from the people, even though taking from the wealth of a Muslim without permission from Allah (swt) and His Messenger ﷺ, is a sin that exposes its criminal perpetrator to punishment at the hands of Allah (swt). RasulAllah ﷺ said,

“Every Muslim’s blood, property and honor are unlawful to be violated by another Muslim.” [Muslim].

Whilst making false claims about the Madinah state, the rulers squeeze the people for taxation, even though our Deen would ensure plentiful revenues for the state treasury from large scale state enterprises, energy and minerals. The Khilafah will ensure the state’s dominance of the capital intensive industries, such as large scale manufacturing, transport, construction and telecommunications, for the Sunnah of RasulAllah ﷺ established the ‘Inaan, Abdaan and Mudarabah company structures that naturally limit the scale of capital available to private companies. The Khilafah will also ensure that the revenue generated from the energy sector and minerals is spent upon the entire public, rather than benefiting a few through privatization, for the Sunnah of RasulAllah ﷺ establishes that they are public property. RasulAllah (saw) said,

Moreover, at a time that the Hindu State under Modi has increased in hostility against Pakistan and the long suffering Muslims of Occupied Kashmir, the visionless rulers froze the defence budget at Rs. 1,150 billion rupees. Due to the regime weakening the Rupee, in real terms the freezing is a dangerous cut in expenses, at a time that the US plan is for Pakistan to make way for Indian regional dominance through “normalization.” The neglectful rulers did so, even though Allah (swt) commands the Muslims to take great care over their military capability, so as to deter the enemies from any mischief or misadventure. Allah (swt) said,

“And prepare against them whatever you are able of power and of steeds of war by which you may terrify the enemy of Allah and your enemy and others besides them whom you do not know [but] whom Allah knows. And whatever you spend in the cause of Allah will be fully repaid to you, and you will not be wronged.” [Surah al-Anfaal 8:60]

Yet, whilst the sinful rulers squeeze the Muslims of Pakistan for taxation and deprive their armed forces, they commit to spend 2891.4 billion rupees upon Riba (interest) payments, even though Allah (swt) said,

“O you who believe! Be afraid of Allah and give up what remains (due to you) from Riba (from now onward), if you are (really) believers. And if you do not do it, then take a notice of war from Allah and His Messenger.” [Surah al-Baqarah 2: 278-279].

As yet another service to the colonialists, the regime fully advocates the IMF policy of facilitating foreign ownership of Pakistan’s resources and public sector enterprises, which strengthens the colonialist companies’ hold on the local economy, whilst making the state even more dependent on loans and taxation. To ease the buying by colonialist companies, the regime submitted to the IMF demand to devalue the Rupee, so that the purchasing power of foreign currency increased in the local economy, even though the weakening of the Rupee unleashed back breaking inflation locally. To maximize profits for colonialist companies, the regime submitted to the IMF demands for tax concessions for them and assists in increasing the profits of what they sell. And this is the reality of increasing Foreign Direct Investment (FDI), which is the increased colonialist hold of our production and resources.

O Muslims of Pakistan, the Good, the Pure!

In submission to the IMF, the regime squeezes us for taxation and neglects our armed forces at the time of enemy aggression, just so that the colonialist creditors receive their Riba (interest) payments, the colonialist companies can exploit Pakistan’s infrastructure and resources and the colonialist plan for regional dominance of the Hindu State is advanced. Pakistan is blessed with plentiful and varied resources, as well as a large youthful and energetic population, yet the arrogant defiance by our rulers of all that Allah (swt) has revealed has ensured we are drowning in misery, poverty and hardship. Allah (swt) said,

“Have you not seen those who have changed the Blessings of Allah into disbelief (by denying RasulAllah ﷺ and the Message of Islam), and caused their people to dwell in the house of destruction. Hell, in which they will burn, is an evil abode, indeed!” [Surah Ibraheem 14:28,29].

What else is left for us to see of ruin, misery and humiliation to know that we must strive earnestly to re-establish the Khilafah (Caliphate) on the Method of the Prophethood? What else, O Muslims?