With Sectarianism and Procrastination, America and its Men in Lebanon… are Manipulating the Movement! 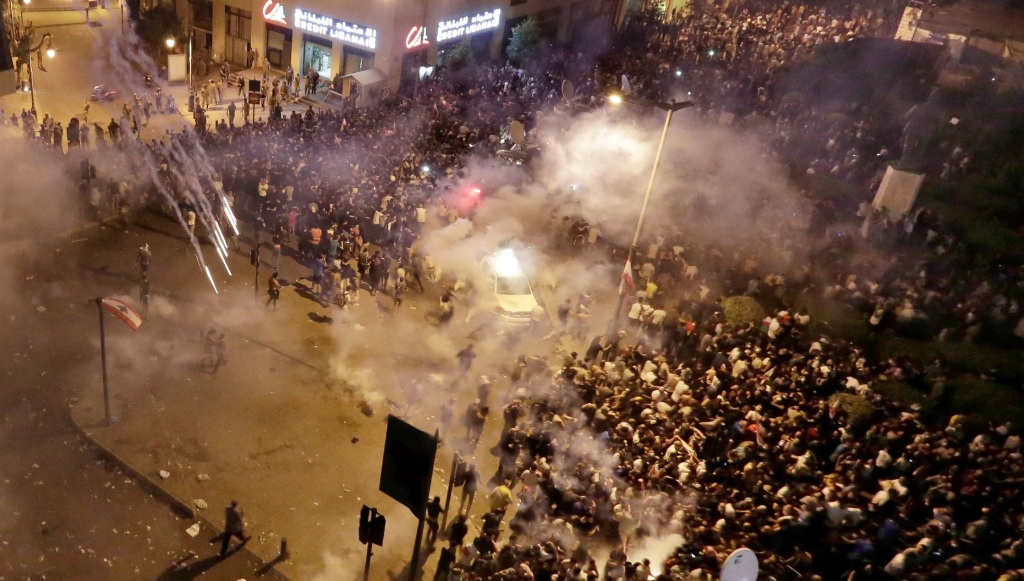 More the 60 days have passed since the movement, for the minds of the political sectarian princes to yield a prime minster assigned from the government circle itself, among the men of the American University, on the eve of the arrival of the US Undersecretary of State for Political Affairs David Hill to Lebanon, with the support of those who claim America’s enmity! Hassan Diab, whose statements and tweets falter between a government of specialists at times and a government that satisfies all sects at other times! He goes along the movement for some time and goes along the sectarian princes who were brought with the approval of their American master – another time!

The political doctrine and sectarian princes are manipulating, in fact, America is manipulating the movement, through what seems like a “counter-revolution”, at the start being led by Hezbollah and Amal alliances and their allies, to disperse the movement and weaken it, and sectarian chants of “Shiites Shiites” rise on the street! So the role of the street ends even temporarily in conjunction with the name. Then another street shouts out other sectarian chants of “Sunnah Sunnah” led by the one who trades “with his sacrifices,” the future movement and its allies! Therefore the result would be that what the movement called for rejecting doctrine and political sectarianism America and its men in Lebanon were able to re-activate and use it among people on the ground!

On top of all this, the Bank of Lebanon, banks and money exchangers run the game of the difference in the exchange rate of the dollar against the lira, neglecting multiplying the purchasing power of money in the hands of people by about a third, and paving the way for fixing the depreciation of the lira against the dollar, so does anyone think that America and the governor of the bank of Lebanon are from these financial manipulations called financial engineering?!

From here, we caution the movement and the people who put themselves and their efforts into it to the following:

– Not to be dragged to the hateful sectarianism that only benefits the leaders who are on the thrones of corruption, so the blood of these leaders do not flow in such a struggle, but rather the blood of people in the streets in these hateful clashes.

– Beware of the anesthetic operations, and the passage of time, with these nomenclature and formations and the like, which America and its men exercise on the movement to empty from its spontaneous content, which was based on rejecting political sectarianism and fighting corruption and the corrupt political class.

– The necessity of adopting a clear line for this movement by ending the current structure of the Lebanese entity with all its corrupt political components and adopting a sound economic and political system that does not depend on sucking people’s blood but rather takes care of their affairs.

At this juncture, we call on the movement to embrace the divine system without reverence and without hesitation, the system that deals with problems as human problems regardless of religion, race or color which Hizb ut Tahrir has explained in complete detail from Islam for it is a solution from Allah (swt) the One who knows best what benefits people and their lives and living, especially after the practical reality has proven the corruption of the capitalist implementation in solving the crisis… and Allah the Lord of worlds is Truthful who said:

“But whosoever turns away from My Reminder (i.e. neither believes in this Quran nor acts on its orders, etc.) verily, for him is a life of hardship” [Ta-Ha: 124]