Your Spontaneity as Demonstrators and Picketers Dropped the Masks of the Corrupt Political Class And Revealed their Attempts to Steal your Uprising!!! 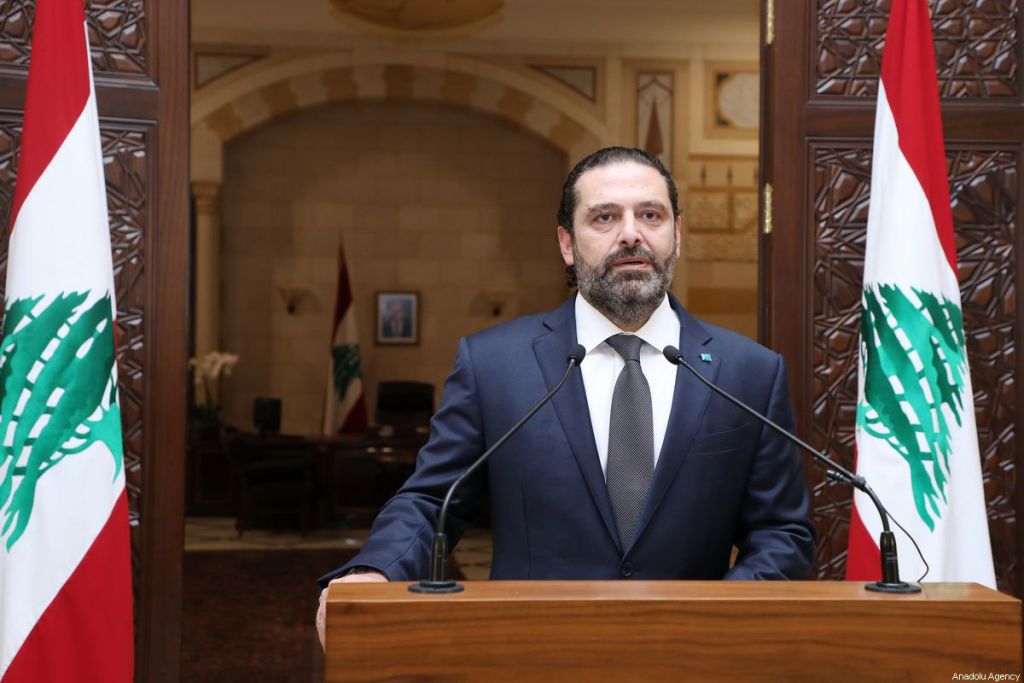 Yesterday, Prime Minister Saad Hariri came out at about 6 pm and played to our ears a piece of grief over the tragic situation in the country and his understanding of the outrage of the angry people, and when he wanted to present the solution, he did not bother to call for lifting the injustice or taking some practical measures. Instead he gave himself and the people a 72 hour deadline!!! As if thirty lean years were not enough to add to them three more days, and as if the people are in comfort, sitting on silk cushions in the streets!!!

Before them, the dreamer of inheriting the country, the Covenant’s son-in-law Gibran Basil, spoke to declare that these demonstrations are in the interest of the Covenant and to strengthen it!!! He stood up and warned against sedition in a behavior and speech similar to the tyrants of the region.

Above all this treatment of this ruling political class that suffocates the breath of the country and the people, each of them blames parties in the government, until one almost thinks that the government and the Covenant are not those speakers and their men, or that they are talking about the government of another country in a clear disregard for the minds of the people with a Pharaonic disposition based on:

O people, O demonstrators and picketers demanding your rights: You have spontaneously and peacefully demonstrated as proved by the past few days, with the ruling parties trying to ride your tidal wave, trying to direct it, losing its spontaneity and peace, and stealing your uprising, so watch out for that, and discard from your ranks this corrupt and dilapidated political class,  which has trampled today on you in its speeches, and which has become clear that they do not represent you. In fact, in the 72-hour deadline period, the authority attacked you to humiliate you, especially in Riad al-Solh Square, and groups of party followers and their thugs came down and fired live ammunition at you, especially against the protesters in the cities of Tyre (Sour) and Nabatiyeh. And before that, the deputy and his motorcade lost patience on you when you threw water at him, so he threw live bullets at you, in scenes that only reflect the separation of these politicians from you and your aspirations. So, continue to discard them and do not be tempted by the sweetness of their speeches.

O people, O demonstrators and picketers demanding your rights:  Also know that these events revealed that these politicians are riding one boat, and certainly to them you are outside this boat. Here they are; they all agreed to stay, and to continue to rule without the slightest concern of your coming out on the streets against them. If they were with you, they would not have stayed for one day in power after your demonstrations, as this is the normal thing to happen in countries whose rulers claim to have arrived through the voices of the people. But the truth is otherwise, for they have arrived with the consent of the West, especially America, which runs the helm of Lebanon, so even two lines from the US Embassy change the political directions, turning hostility and scream into friendliness and hugs, and the incident of the tomb of Shamoun is not far away from you.

Yes, people, it seems that America’s gesture has reached the Covenant and the government that “there is no overthrow now and you are staying. Work to put an end to these movements, and control your streets …” Otherwise, they would not dare to hold on to power with this arrogance. It is worth noting that these countries, which impose their sovereignty on our country, especially America, with days passed after the events, did not say a word; perhaps it is giving time to the government and the Covenant and its parties to deal with the event as necessary. So, be wary, O people, as it seems that America is watchful for the government and this Covenant, and this can generate in the Authority ferocity in dealing, and strong attempts to repress.

O people, O demonstrators and picketers demanding your rights: There has been some rejection of the essence of sectarianism and confessionalism among you, and this is a step forward in a country based on its foundation and composition on the sectarian and confessional measure. Yes, this is still newly born among you; it has not clearly crystallized, but it is a step in the right way. It intimidates the politicians who wear the cloak of sect and confession; rather, it intimidates France and America, who want the country to continue under this worn-out cloak, which weighs our shoulders. Reject sectarianism and confessionalism altogether, and beware of being dragged or of attempts to drag you after days to a position within the sect and confession, so you will lose the luster of what you have done, and the beneficiaries of the sect and confession will ride your wave. And remember that you are the ones who their pockets have been looted, so rise up against their sectarian beneficiary corrupt leaders, or those who remain silent about the corrupt, and this is the first means of change

“Indeed, Allah will not change the condition of a people until they change what is in themselves.” [Ar-Ra’d: 11]

Last but not least, in the interest of the integrity and discipline of your movement, we affirm:

– Continue in the spontaneity of your demands and the peaceful movement; the more self-proclaimed leaders will be exposed, and their masks will fall of, and most importantly the dependence of this junta to regional and international projects will be exposed, and you may hinder the path of projects to stabilize the corrupt and unjust rule, its government and its Covenant.

– Continue to renounce sectarianism and confessionalism among you; the authority of self-proclaimed references on you will fall.

– Pay attention to the sanctity and protection of your blood and that they should not be wasted for projects that the corrupts are trying to pass, and be the servants of Allah as brothers.

After the confirmation, we add:

– The army and the security forces are your brothers and your children, and they suffer what you suffer, so do not make them subject to confrontation.

– And O you, soldiers and members of the security forces; the men, children, women and elderly people who went out on the streets are your people, and are not strangers to you, so, do not be deceived by the conspiratorial discourse that the authority promotes to implicate you in the forbidden blood.

And finally, Hizb ut Tahrir/ Wilayah Lebanon attempts to draw the straight line against the crooked lines, showing its crookedness no matter how small it is. It calls you to consider its project, and the constitution that it has drafted in its political, economic and social aspects to carry it gently and consciously with the fall of the corrupt junta. It is a project of a state of justice and rationality, which maintains justice between people, all people, without discrimination, so as to ensure security and tranquility for all those who live in this state so that what we seek and you seek will materialize, by Allah’s permission; a radical change, which reflects your origin and your belonging to this large Ummah, and this authentic and deep ocean in which the winds of change are spinning despite borders and dams and the tyranny of the corrupt oppressors.

“And verily this Brotherhood of yours is a single Brotherhood, and I am your Lord and Cherisher: therefore fear Me (and no other).” [Al-Mu’minun: 23]